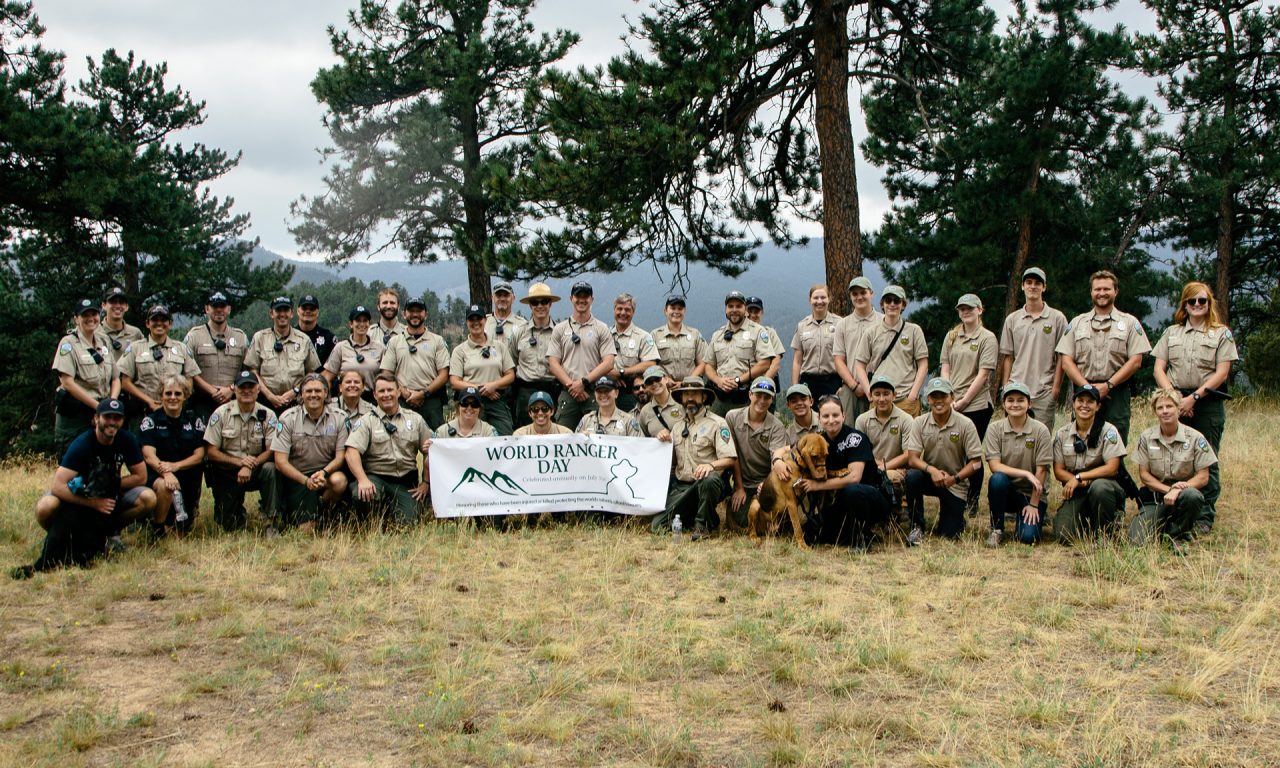 Boulder County is rich in parks, open space, national forests, and wilderness. Our quality of life is deeply connected to the outdoors, and our local culture and traditions are rooted in wild spaces. Nearly 65 percent of the county is public land. Thankfully, Boulder County is also rich in park rangers, park deputies, and wildlife officers who work 365 days a year to protect the public lands that make this a special place to live, work, and visit. I would venture to say that there are more park rangers working in Boulder County than almost any other place in the world!

July 31, 2018 marks the 12th worldwide celebration of annual World Ranger Day. Founded by the International Ranger Federation in 2007, this day celebrates the work of park rangers and wildlife officers who, often at great personal risk, safeguard the world’s wildlife, protected landscapes, and cherished natural and cultural resources. Sadly, it is also a time to commemorate rangers killed or injured in the line of duty. According to the Thin Green Line Foundation, 1,000 rangers were killed in the line of duty in the last 10 years.

Internationally, the role of a park ranger varies greatly. Throughout much of Africa and Asia, rangers work to protect thousands of endangered and threatened plant and animal species from poachers and wildlife traffickers. In many developing regions of the world, the role of the ranger has become increasingly militarized as they defend wildlife from highly organized crime syndicates and terrorist organizations seeking to fund illegal operations using monies gained from the illegal trade in rhino horn, elephant ivory, and other rare, natural commodities. In these places, governments often lack resources to equip and train rangers, and many rangers go months without receiving a salary or seeing their families. Consequently, the job of a park ranger in the developing world is physically grueling, consistently dangerous, and often deadly.

Fortunately, the life of a ranger in the developed world is very different. In Europe and North America, park rangers typically manage people visiting parks and protected areas, provide educational experiences such as the beloved campfire program, and serve as local law enforcement officials. Rangers are well paid, equipped with modern gear, highly trained, and play an active role in the communities where they work. In Boulder County, rangers are blessed with an amazing amount of support and are confronted daily with the question, “how do I get your job?”

In the years to come, we hope to expand our World Ranger Day celebration and commemoration efforts throughout the county. Until then, there are a number of fun things you can do to celebrate World Ranger Day on July 31:

If you would like to learn more about World Ranger Day, visit www.internationalrangers.org/world-ranger-day.