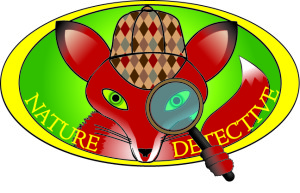 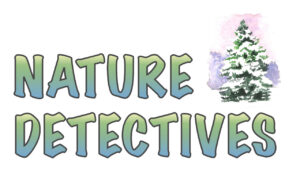 Who lives out there in the Snow? - Winter is here in Boulder County, the temperatures have dropped, and you’re probably wearing boots, a coat, cap, and mittens some days to stay dry and warm. What about the wildlife you see in the winter? What happens to them? What do they do to manage the cold season? Unlike animals like bears, ground squirrels […] 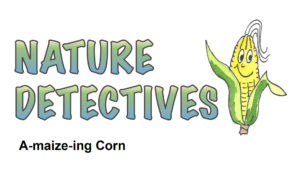 A-maize-ing Corn - Hello Everyone! I’m a corn plant in a corn garden and I’ll be your corn guide for this Nature Detectives pullout! What’s a corn garden? A block of corn plants all growing together in someone’s backyard or an empty lot or at a community center. All corn plants like to grow up together–the more the […] 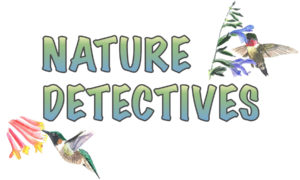 Hummingbirds Are In a Hurry! - With wings softly whirring, the broad-tailed hummingbird hovered, dipping her narrow bill into the red base of a sugar water feeder. She licked the sweet liquid, flicking her tongue in and out 13 times in just a second! The shrill buzzing of an incoming male broad-tail cut her meal short. Quickly she flew sideways then […] 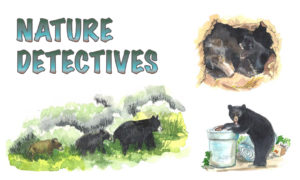 Black Bear Cubs’ First Year - Cocoa and Ted Are Born in the Den The two black bear cubs were born at the end of January during hibernation. Bear cubs are born amazingly small compared to the adult female bears they snuggle against. Ted and Cocoa each weighed about as much as an orange while their mom was close to 150 […] 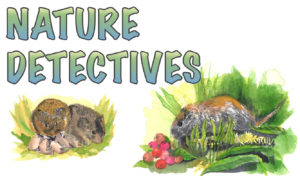 Meadow Vole Finds a Home - Meadow vole left the burrow where she was born in early spring. Six inches long and only five weeks old, she was a fully-grown adult. She set off to explore her world, searching through thick grasses until she found a good spot for digging. She dug a shallow burrow under a protective rock near a […] 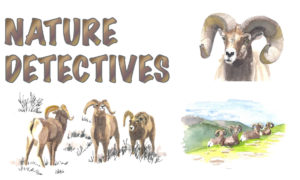 Bam! Fall Is Ramming Time for Bighorn Sheep - The chilly air smelled like fall, and young Ramekin was confused. During the weeks since he’d joined the band of rams (male sheep), they’d spent their days calmly eating and resting. But that fall day, the mood turned tense. Ramekin saw some of the older rams in staring matches. Even though he was a young […] 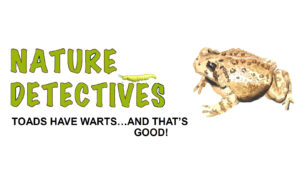 Toads Have Warts… And That’s Good! - Warts on your skin are not good. Warts can occur when a virus sneaks into human skin through a cut. A medicine gets rid of the virus and then it’s good-bye ugly wart. Toad warts look slightly like human warts, but toad warts and people warts are not one bit the same. Toad warts are […] 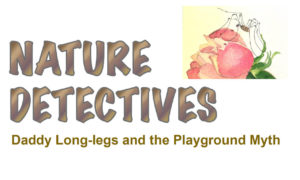 Daddy Long-legs & The Playground Myth - Have you ever wondered about daddy long-legs? You might know they aren’t spiders, even though they certainly resemble spiders with their eight flimsy legs. Maybe you spotted a daddy long-legs on the school playground? They are fairly common to find in shady places such as under a slide, beside the building, or on a wall. […] 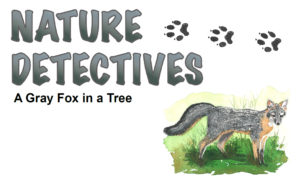 A Gray Fox in a Tree - The two young friends shed their backpacks and plopped down on opposite sides of a flat rock. Jamie gazed up at a gnarled, old aspen tree next to the trail. “I’d really like to see a gray fox in that tree…or any tree.” Kelly snorted. “Yeah, like that’s ever going to happen. Foxes don’t climb […] 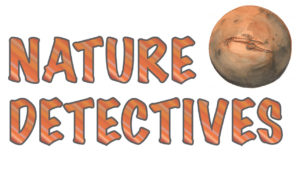 Be Seeing You, Mars! - Mars doesn’t shine very bright in our night sky usually, but this fall the planet will rival glowing Jupiter for brilliance. Mars gets a chance to shine big every couple years, and this year is one of those times. The reason Mars is growing brighter now is because Earth is about to race past it. […]