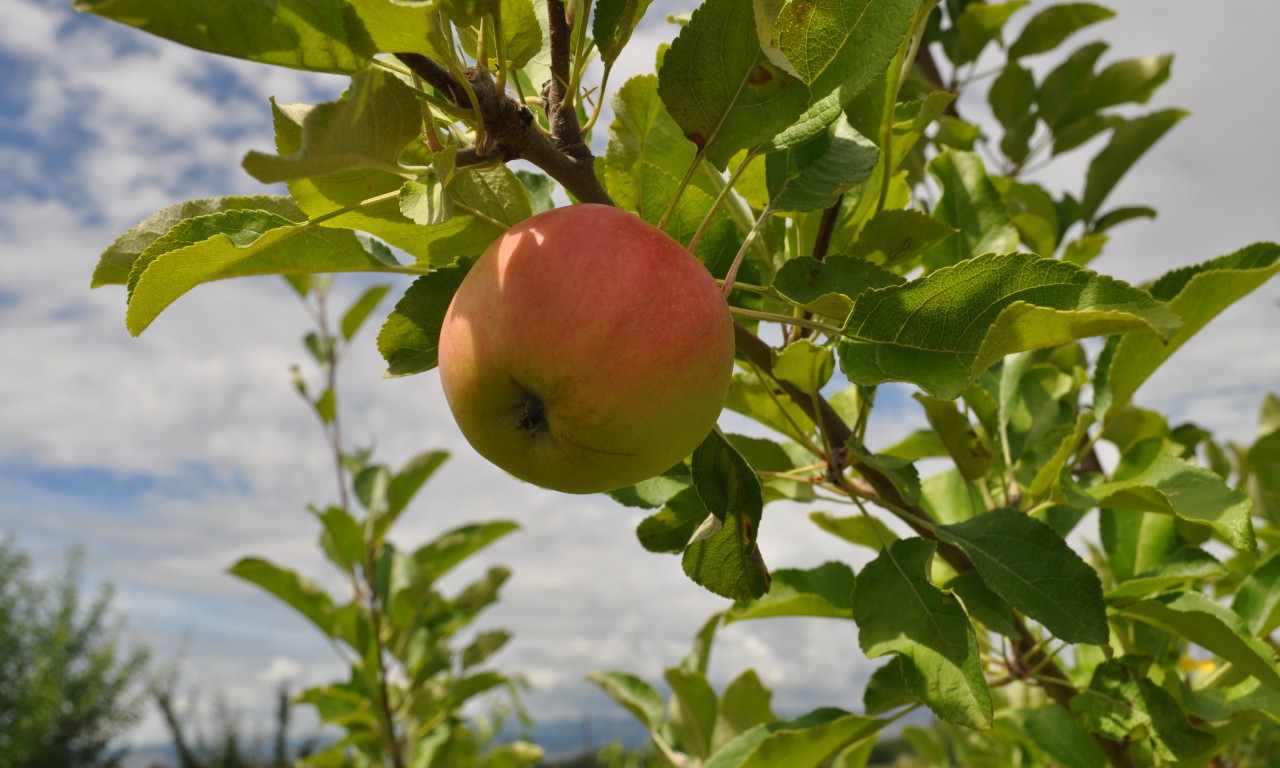 When one thinks of fruit production and Colorado, the orchards of the Western Slope quickly come to mind. It is easy to forget, and little evidence remains, of the massive orchards that once operated along the Front Range during the first half of the 20th century. During the 1940s and 1950s, over 10,000 acres around the Loveland area were planted in cherry trees, and many other farms in the region had small orchards that grew apples, peaches, plums and pears. Th is thriving fruit industry eventually caved when fruits from more climate-stable Midwestern states could be shipped quickly and cheaply in refrigerated trucks across the country and development pressures made land along the Front Range more valuable than fruit.

Consideration of this fruit-rich history led David Bell, Agriculture Division Manager at Boulder County Parks and Open Space (BCPOS), and Joel Reich, former CSU Extension Agent, to question why more fruit isn’t grown in the region now. What they determined was that many people tend to think that fruit can’t be grown here. The desire to disprove this theory led to the formation of the Peck Demonstration Fruit Tree Orchard. It is a public-private collaboration between BCPOS, which could provide land for the fruit orchard, CSU Extension, which could provide technical expertise for growing fruit trees, and Mark Guttridge of Ollin Farms, the ag tenant at Peck, who could care for and maintain the trees and eventually sell the fruit to customers to get feedback on the different varieties planted. The goal of the project is to determine what types of trees do well in a climate that can face severe droughts, extreme fluctuating winter temperatures, late spring frosts and increasing temperatures caused by climate change, and to share this information with the public.

“We are trying to take away some of the risks in decision making for Front Range farmers,” explains Bell. “It can take two to three years after planting for a tree to bear fruit, and in the last 30 years, a number of new varieties of fruit trees have been bred that may be well-suited to our area.”

Approximately 275 trees were planted on the property in 2012, including various varieties of cherries, pears, plums, peaches, apples and hazelnuts. Fruit tree varieties that may be genetically well-adapted for the region, in particular those that bloom later in the spring thus avoiding late-season frosts, were selected. Consideration was also given to the type of rootstock upon which fruit-bearing branches were grafted. All of the rootstock selected was of a dwarf variety that will not let the trees get taller than eight to 10 feet high. This will make maintenance and harvest easier for both commercial farmers and backyard enthusiasts. The rootstock was also selected to do well in heavy clay soils and be more resistant to certain diseases such as fire blight.

On a recent tour of the orchard with Deryn Davidson, the new CSU Extension Agent for Horticulture in Boulder County, some trees were heavy with bright red apples that were close to being ripe, while other trees had no fruit at all, the result of a late May frost. Fire blight, a bacterial disease that can cause dead branches and kill entire trees, had made a small impact on some of the trees, but overall the orchard looked quite healthy. Whether enough apples will be produced to make it to market this year remains to be seen.

“By doing this, we can learn what varieties do well and are most productive,” said Davidson. “And then we can get feedback from the consumer about which varieties taste best. It is a great project!”