A Planned Community of “Industry, Temperance and Morality” 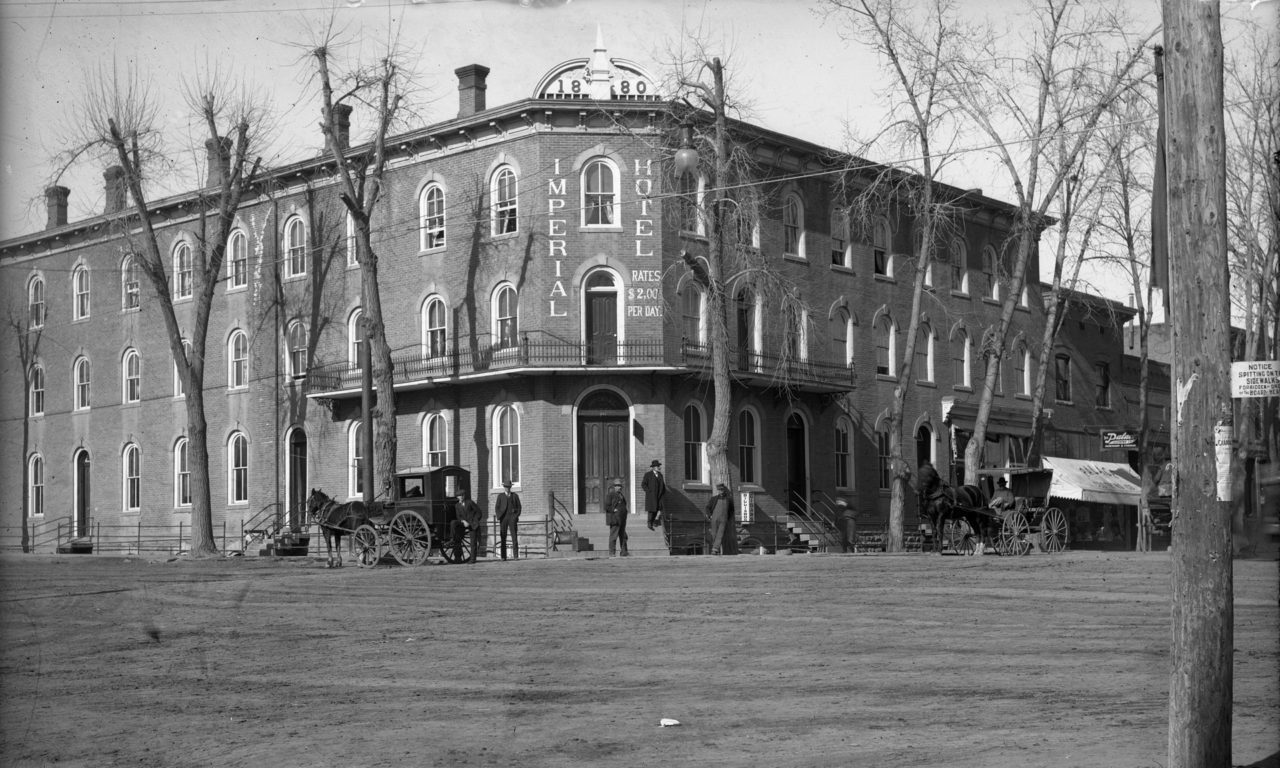 In 1870, a group of wealthy Chicago businessmen envisioned a planned agricultural settlement in the Colorado Territory. Inspired by Horace Greeley’s utopian Union Colony, the men called their project the Chicago-Colorado Colony. The motto of “industry, temperance and morality” was promoted to encourage like-minded investors. William Byers led members of the committee on a tour of the Colorado Front Range looking for a potential town site. The committee was impressed with land at the confluence of St. Vrain River and Lefthand Creek and its potential for agriculture.

Though the Colony founders did envision a community of high moral standards, with residents working for the common good, their motives were not entirely altruistic. The Denver Pacific Railroad wanted to expand service from Denver to Cheyenne. Land adjacent to the railroad could be sold to pay for construction of the railroad and for profit. Chicago-Colorado Colony member Col. Cyrus Pratt was also in charge of the real estate subsidiary of the Denver Pacific. The Colony purchased 23,000 acres from the National Land Company and an additional 37,000 acres from the federal government and other landowners for the project.

In order to interest people in relocating, William Byers and his associates advertised that the Chicago-Colorado Colony would provide “bountiful harvests and instant prosperity” in both the “Chicago Tribune” and “Rocky Mountain News.” The Colony also claimed that Colorado’s dry climate could cure many illnesses. It’s no wonder memberships sold quickly! The townsite was planned with designated areas for residential and commercial lots, farms, schools, public parks and a library. In 1870, $150 bought a 40-acre farm, an additional $50 bought a lot in town. Wealthy philanthropists, like Elizabeth Thompson donated memberships to some families unable to pay for their own. Mrs. Thompson also financed the park that bears her name and provided money for the state’s first public library. Major investors named streets and parks after themselves. You may recognize the names of Pratt, Terry, Gay, Collyer, Thompson, and Bross on street signs around town.

Once memberships had been purchased and plans for the new community were complete, Colony member Seth Terry and 250 prospective residents (many immigrants from the Midwest) began the long journey to their new home. They traveled by train to Erie. From Erie, they rode in wagons to the nearby community of Burlington. They arrived at the settlement in March of 1871 with lumber and building materials and began to create their new town. The town was named Longmont because of the magnificent views of Long’s Peak. The work began. Residents worked together to build homes, farm buildings and shops, and, most importantly, the irrigation ditches needed not only for the spring planting, but for drinking water and use in the home. Many small ditches connected water to town and to farmers’ fields.

Not everyone in the community agreed with the motto of “industry, temperance and morality,” especially the part about temperance! Originally, the plan stated that anyone who used alcohol must forfeit his land and return the land to the Colony. However, by 1873, there were several saloons in town. Disagreements between those for and those against allowing alcohol persisted for many years.

Prosperity came quickly. By 1872, Longmont had its first flour mill. The Highland Ditch Company was formed in 1873. Farms provided crops that included wheat, fruits, sugar beets, and pumpkins, as well as cattle for meat and dairy. In 1889, the Empson Vegetable Cannery was built. Longmont was rapidly becoming an important agricultural community along the Front Range.

The founding fathers of the Chicago-Colorado Colony would be pleased and proud were they to see the vibrant, prosperous city of Longmont today. Job well done!