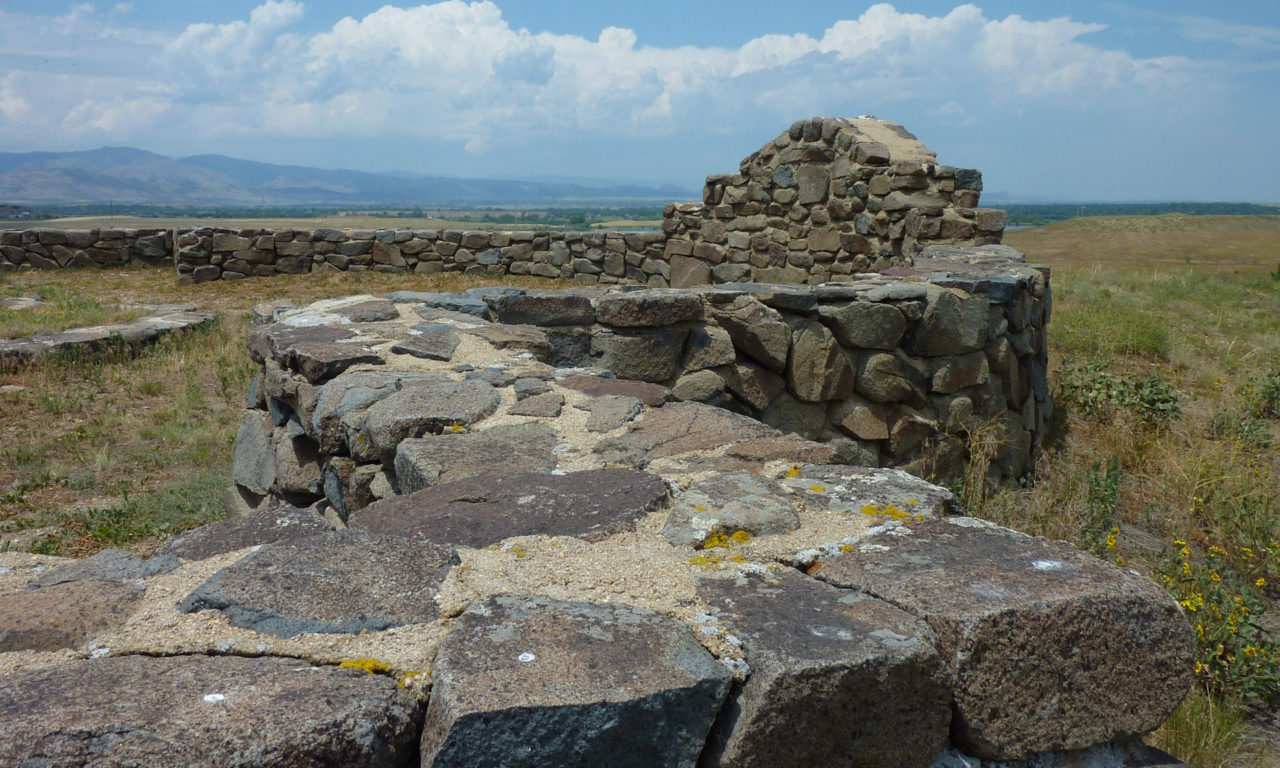 In October 2019, the Board of County Commissioners listed Legion Park as a local historic landmark. The park is a 23.07-acre property located on the north side of Arapahoe Road, just west of 75th Street in Boulder. Situated on top of Goodview, or Hoover Hill, it possesses a commanding view of the greater Boulder Valley and entire Front Range. Today the property is Boulder County’s oldest park and serves as a World War I veterans’ memorial.

The foundation for the establishment of Legion Park began in 1917, when John Howard Empson deeded the land to Boulder County for one dollar and other good and valuable considerations. Empson was a well-known local businessman who pioneered the development of the canning industry in Northern Colorado, using locally grown produce.

It was not until 14 years later, in 1931 that Boulder County commissioners requested the construction of a new scenic road to the top of Goodview Hill to provide a vantage point from which visitors will get an “unparalleled panoramic view.”

The property’s future as a veterans’ memorial was decided with the lease agreement signed between Boulder County and the American Legion Post #10 in 1932.

The Great Depression & The CCC

In response to the rampant unemployment and economic chaos that gripped the country during the Great Depression, President Franklin D. Roosevelt established the Emergency Conservation Work Act, more commonly known as the Civilian Conservation Corps (CCC) in 1933. In what would later be called “The Hundred Days,” President Roosevelt revitalized the faith of the nation with the creation of several emergency relief programs. With this one bold and innovative move, Roosevelt brought together two wasted resources, the young men and the land, in an effort to save both.

Locally, the City of Boulder’s first CCC camp was established in July 1933, at Boulder Creek and Sixth Street, with the second camp established in October of that year at Baseline and Sixth Street. Some of the projects completed by the camps included dead tree removal and replanting, erosion control, road grading, clearing fire lanes, building swimming holes, constructing trails, and building a rock garden at the entrance to Chautauqua. Most notable were the Flagstaff Mountain projects that included road improvements, construction of the Sunrise Circle Amphitheater, Chapman Drive, Green Mountain Lodge, Halfway House and restroom, and Morse Well.

Approximately 25 men began construction of the memorial in January 1934. The rock used to construct the wall outline came from Valmont Butte and had to be carefully matched in size during the wall’s construction, since the volcanic rock could not be shaped or chipped down to size. At the same time, they constructed a new access road to the memorial from the west, and improvements were made to the existing road to the east.

The dedication ceremony for Legion Park took place on June 22, 1934. The day after the dedication ceremony, an article in the “Daily Camera” reported on the success of the previous evening’s event and how the newly completed park adds “to the many points of interest in and around Boulder.”

Boulder County local historic landmarks are buildings, structures, sites, or districts that have been designated by the Board of County Commissioners because of their historic significance and importance to the county. The county began its formal historic preservation program in 1992, although efforts to preserve our cultural resources began years earlier. Boulder County is a leader in historic preservation through its stewardship of numerous historic properties and by encouraging private property owners to preserve their historic resources. To see the full list of county designated sites, visit Designated Historic Sites.