Roots and Routes from Mexico 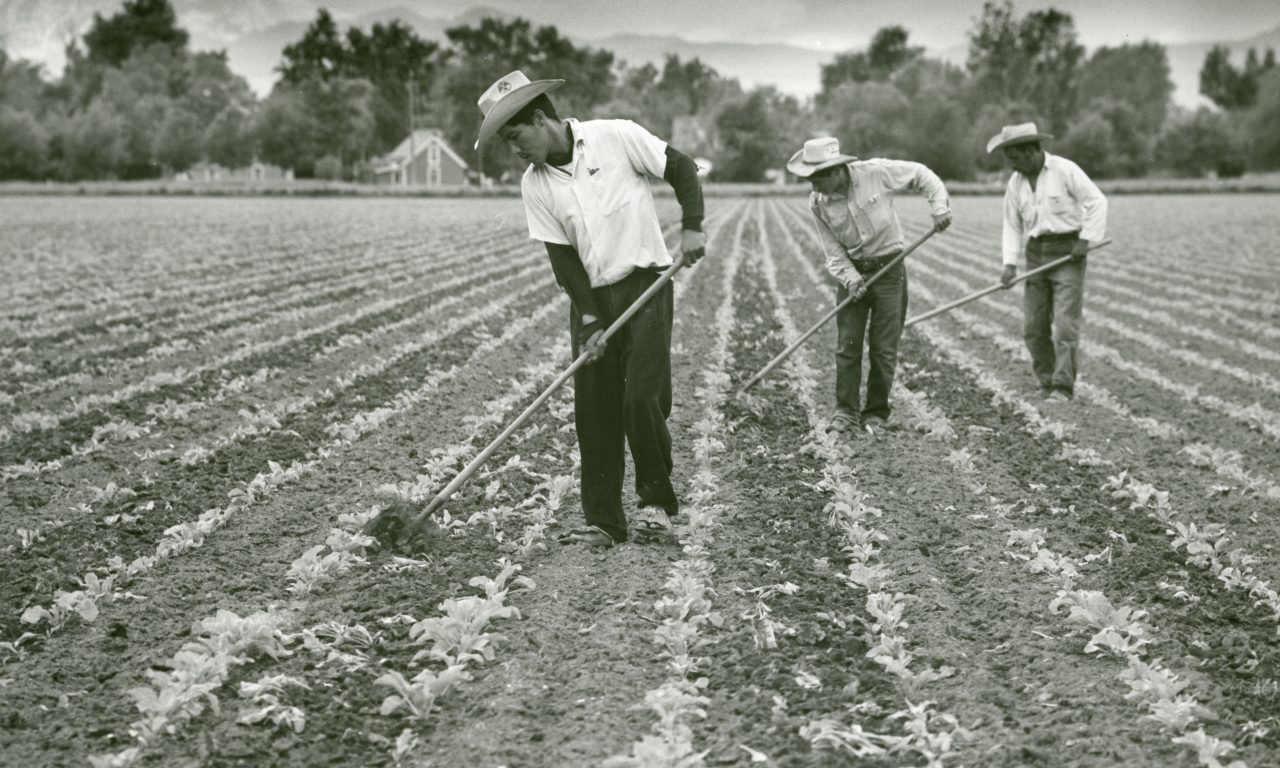 You may have seen the photos of men’s backs bent over their short-handled hoes working through seemingly endless rows of crops. This is the quintessential image of the Mexican field workers called “braceros.” The short-handled hoes they wielded have since been outlawed. They are still preferred by some growers because they cause less damage to crops, however, they cause a great deal more damage to workers’ backs.

Immigration along the Mexican border regularly makes news, but these issues are not new. Prior to 1904 the border was completely open and people could come and go at will. That changed in 1924, when Congress passed the “Labor Appropriation Act of 1924” officially establishing the U.S. Border Patrol for the purpose of securing the borders.

After that time, Mexican workers have been imported legally and illegally by companies needing seasonal or temporary workers. When World War II threatened to syphon off thousands of workers, endangering U.S. food security, the U.S. and Mexican governments jointly initiated a plan to facilitate immigration of temporary guest workers to make up for the enormous manpower shortage created by the war. The Bracero Program (1942 to 1964) sought to formalize the temporary worker arrangement.

In theory, the plan seemed a reasonable solution, with benefits to all parties. Mexican workers were imported to work for an agreed-upon amount of time, receive pay equal to wages of non-Mexican workers, safe, sanitary housing, medical treatment, and a contract written in Spanish. The workers hoped to get a decent paycheck, humane treatment, and return to their families with much needed cash. The Mexican government thought the program would be a positive contribution to the war effort, and hoped the workers would learn new skills they could bring home. They anticipated that the workers would bring money home to enrich the Mexican economy. The agricultural growers hoped to get a reliable work force, for reasonable wages, for a limited time. It sounded like a program that would benefit everyone.

A word derived from “brazos,” meaning arm, braceros came to Colorado primarily to work in the sugar beet fields. From the very start, however, there were problems. By 1945, 300,000 men worked as braceros, sanctioned by both governments. But there was such a glut of men applying for work that bribery became common practice. Many workers who did not get official permission to work came across the border illegally. Companies continued to recruit workers directly from Mexico, circumventing the program completely. Often, the growers did not live up to their promises. Housing was sub-standard, discrimination and racism were rampant, and pay was not equal.

The Mexican government deducted 10 percent of workers’ earnings to be safeguarded in a Rural Savings Fund for the workers’ future use. That money disappeared. It is still not known what became of it. Mexico began to doubt that there was a legitimate labor shortage and suspected Mexicans were not being treated equally and fairly. They began to see the downside of exporting so much of their labor force to the U.S. In the U.S, non-Mexican workers resented the Mexicans whom they believed were driving down wages and taking their jobs.

The program lasted for 22 years, far longer than expected. By the time it was discontinued, 4.5 million Mexicans had come to the U.S. as braceros. Many of the braceros and families returned home after their contracts expired, but later emigrated to the U.S. Today, numerous families and communities can trace their heritage to these programs.