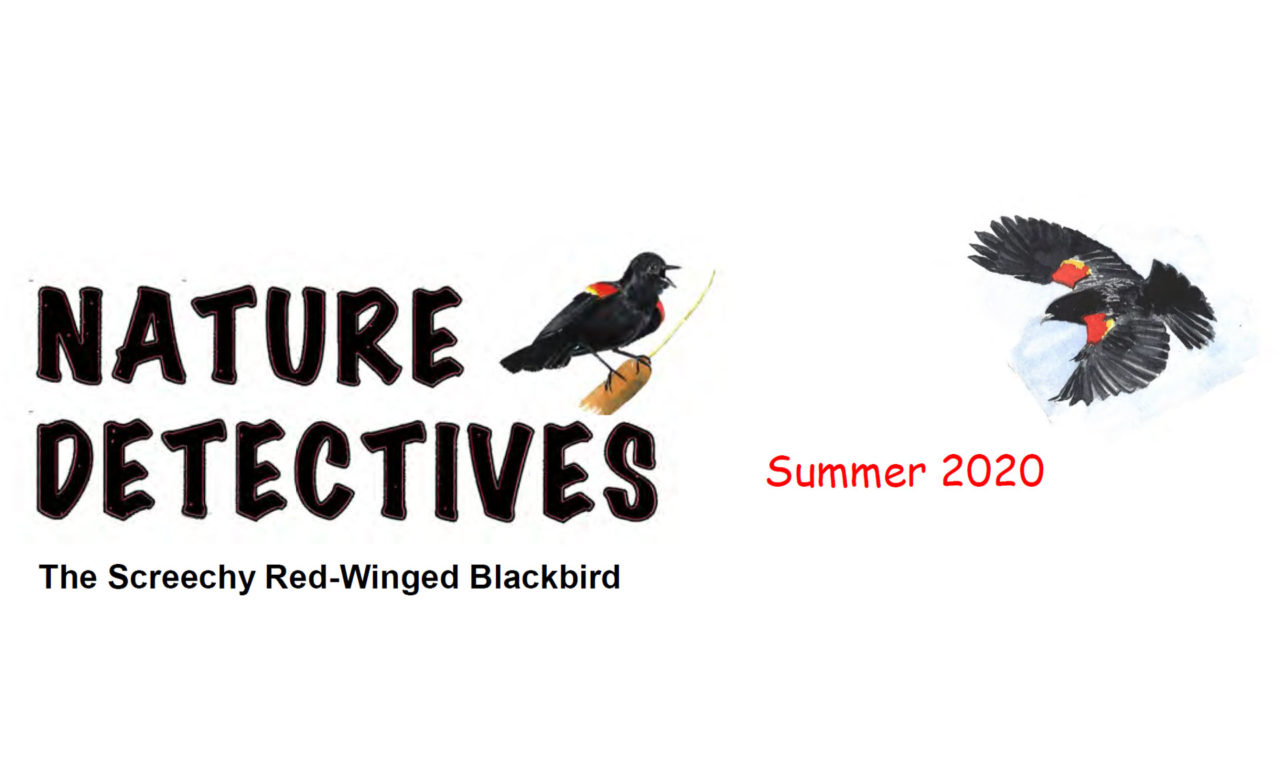 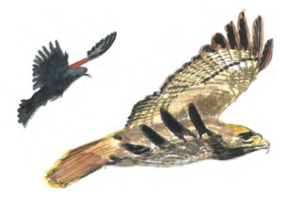 A red-winged blackbird balanced on top of a swaying cattail stalk and looked around Cottonwood Marsh. His nickname was Red, and it was the second year Red had claimed part of the marsh as his territory. He spread his tail, and hunched his wings to show off vivid red shoulder patches. He called, “My territory-eee!” His voice was screechy, sounding like a squeaky machine.

Red was a mature adult male, about the size of a robin. He looked really fine with glossy black feathers. His shoulder patches were eye-catching red feathers, bordered in yellow feathers. He flashed the bright shoulder colors to advertise his vigor and his confidence as he patrolled his claim.

Weaker and younger red-winged blackbird males understood Red’s signals and moved away. Red’s appearance signaled to red-winged blackbird females that he’d likely be a strong protector of nests and baby birds. The females were most impressed with the territory’s good nesting spots and food choices. Red’s fitness and experience at finding and holding a quality territory meant at least five females had chosen to nest in his area.

Danger from the Sky

Red saw a hawk flying in, low and fast. Mates and babies were in danger! Calling out an alarm, Red shot off his perch and flew directly at the predator bird. Red instinctively knew he had to stay above the hawk or risk becoming its snack himself. If the hawk got above Red, it could dive down with sharp talons ready for capture.

The hawk circled up and up, and Red beat his wings hard to stay even higher. Finally, the hawk was well out of Red’s territory. Red broke off his attack, and fled home as fast as his wings could flap. Red’s luck held. The hawk didn’t counter attack, and kept flying away.

Red rested at the top of a willow bush and surveyed his area in Cottonwood Marsh. He shrugged his shoulder patches wide and forward. “My territory-eee!” he sang to a neighboring male red-winged blackbird.