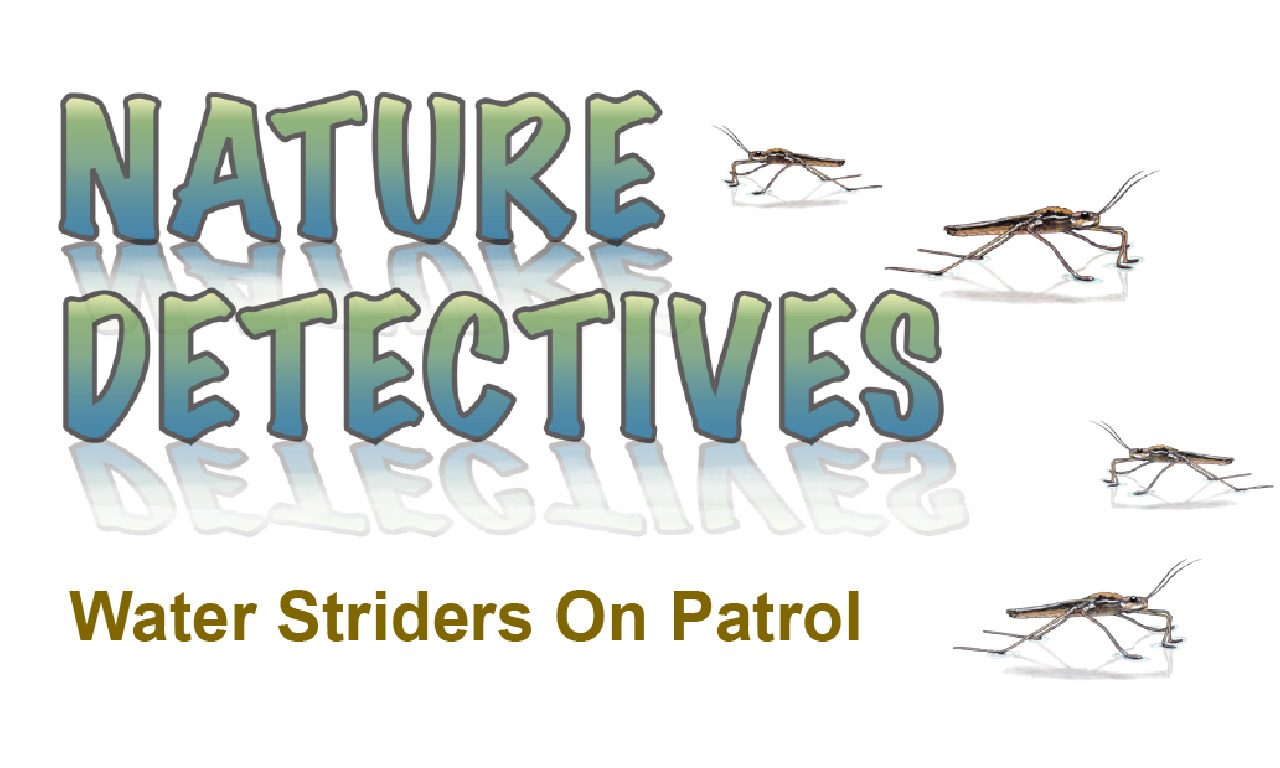 Water striders are insects at home on a pond, and they skitter easily across the surface of the water. When you watch them skating around, they seem to be having fun. It is hard to view a water strider as a predator seriously on the hunt – until a small insect crashes onto the water and abruptly becomes the hunted.

As a crashed bug struggles not to drown, tiny waves ripple outward in concentric circles. Sensitive hairs on a water strider’s legs feel those watery vibrations. With its two middle legs paddling hard, the six-legged hunter rushes toward the center of the ripples.

Before its wriggling prey can escape, the water strider’s two front legs grab hold. With its sharp mouth, the water strider pierces its captive’s exoskeleton and spits in paralyzing saliva. The saliva also starts dissolving the immobile prey’s insides.

The water strider sucks down its soupy, juicy meal then skitters into hiding when a red-winged blackbird lands on a branch over the
water. The hunter is now the hunted, and the pond drama continues.

Predators, prey, plants and water each play a vital role in a lively and healthy pond habitat.

Don’t you wish
You could be
A water strider
Just like me?

I stride left
Then go right.
Life on the water…
Sheer delight!

With each step
I hunt prey.
Slurping insect parts
Every day. 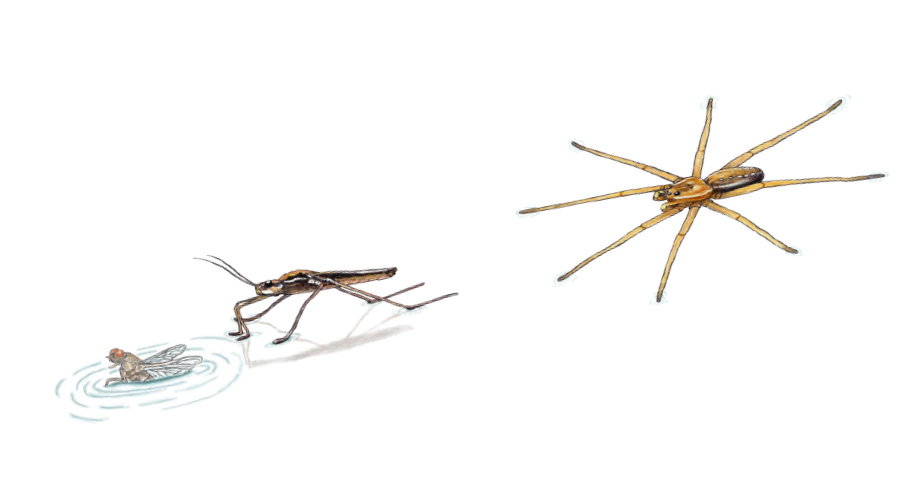