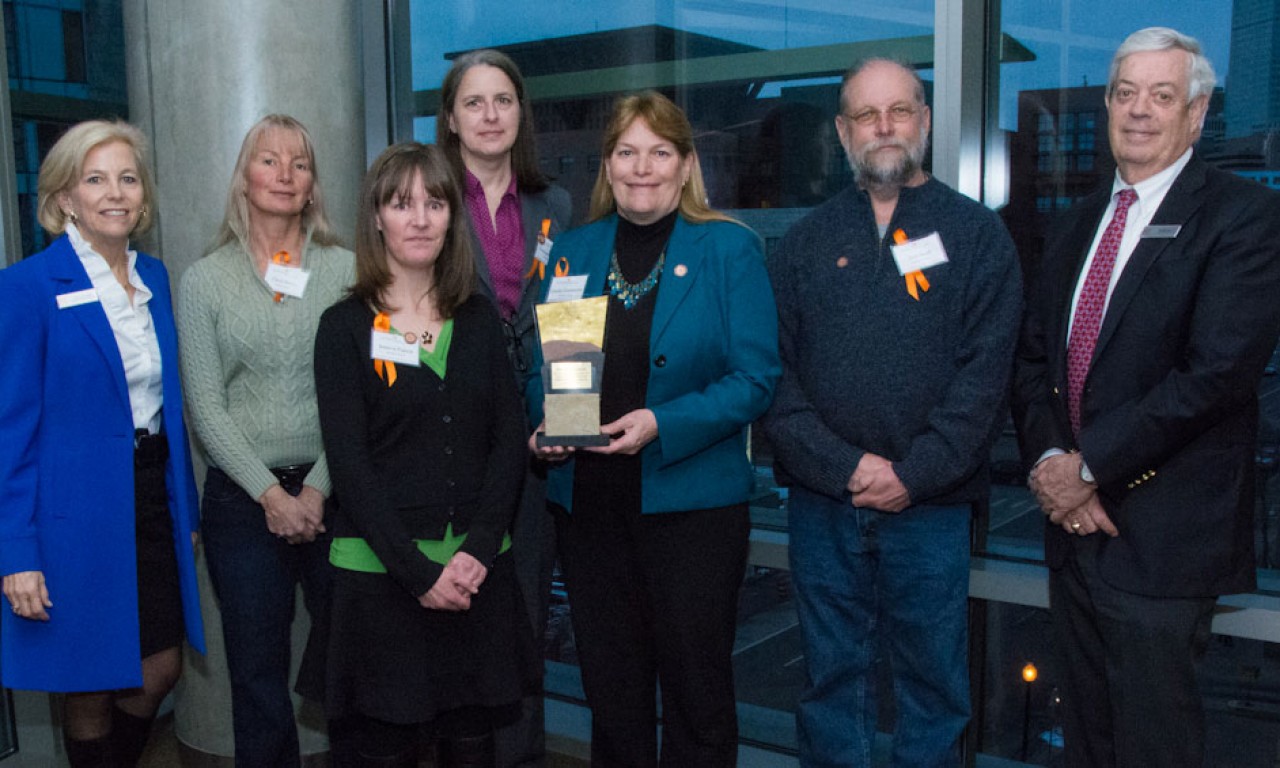 At a ceremony on February 4, History Colorado (a charitable organization and an agency of the State of Colorado under the Department of Higher Education) presented Boulder County with its Stephen H. Hart Award and Governor’s Award in recognition of its proactive consideration of historic buildings during disaster planning, response, and recovery.

From the small group of Hart awardees, one exceptional project is chosen every year to receive the Governor’s Award for Historic Preservation. The Governor’s Award recognizes a project or person that exemplifies the best in historic preservation, in honoring historic design and craftsmanship, and adhering to proper preservation techniques and ethics.

As a result of the lessons learned from Hurricane Katrina in 2005 and the subsequent recommendations put forth by the Federal Emergency Management Agency (FEMA), Boulder County formed a multi-agency coordinating system (MACS) in 2007 to participate in disaster response and recovery. Along with all the moving parts that formed the coordinating system to respond when a disaster strikes, cultural resources held a seat at the discussion table. A cultural resource can be the physical evidence or place of past human activity that can manifest itself as a site, object, landscape, structure, object or natural feature of significance to a group of people traditionally associated with it. Most known cultural resources are the historic buildings and structures found in every part of the county.

During the 2010 Fourmile Canyon fire and again during the 2013 flood, Denise Grimm, Boulder County Preservation Planner, served as an integral part of the emergency control team set up in the emergency operation center. Within one month of the 2013 flood, as a result of its two-decade historic building survey program, Boulder County provided to FEMA and the Office of Archaeology and Historic Preservation (OAHP) a list of all properties 45 years and older that received some level of damage in the flood. This was an invaluable tool for FEMA and OAHP during those early days of disaster response.

The county focused its resources on damaged and endangered historic properties. The county enlisted and managed volunteer engineers, provided county historic preservation grants, and processed landmark applications for properties to become eligible for local grants. Properties such as the Little Church in the Pines, the Wood-Cobb Cabin, and the Salina “Red Barn” might no longer be with us but for county intervention.

But as you can imagine in the wake of such a large natural disaster, it usually isn’t one or two people who can take all the credit for the great work that occurred. The Parks & Open Space Buildings & Historic Preservation crew was also recognized for their efforts to reach each county owned historic property right after the flood waters receded to assess and photo document the damage. In the case of the heavily damaged historic Ramey property, the Buildings & Historic Preservation crew assessed the damage to the buildings and then stabilized the barn that broke into two pieces and began planning on how to move the heavily damaged granary that lost all of ground beneath it and then floated 100 yards to the east into a massive scoured out area. Within five months the Buildings & Historic Preservation crew moved the granary out of the scoured area to secure high ground while planning efforts are developed to restore the entire scoured area to pre-flood conditions.