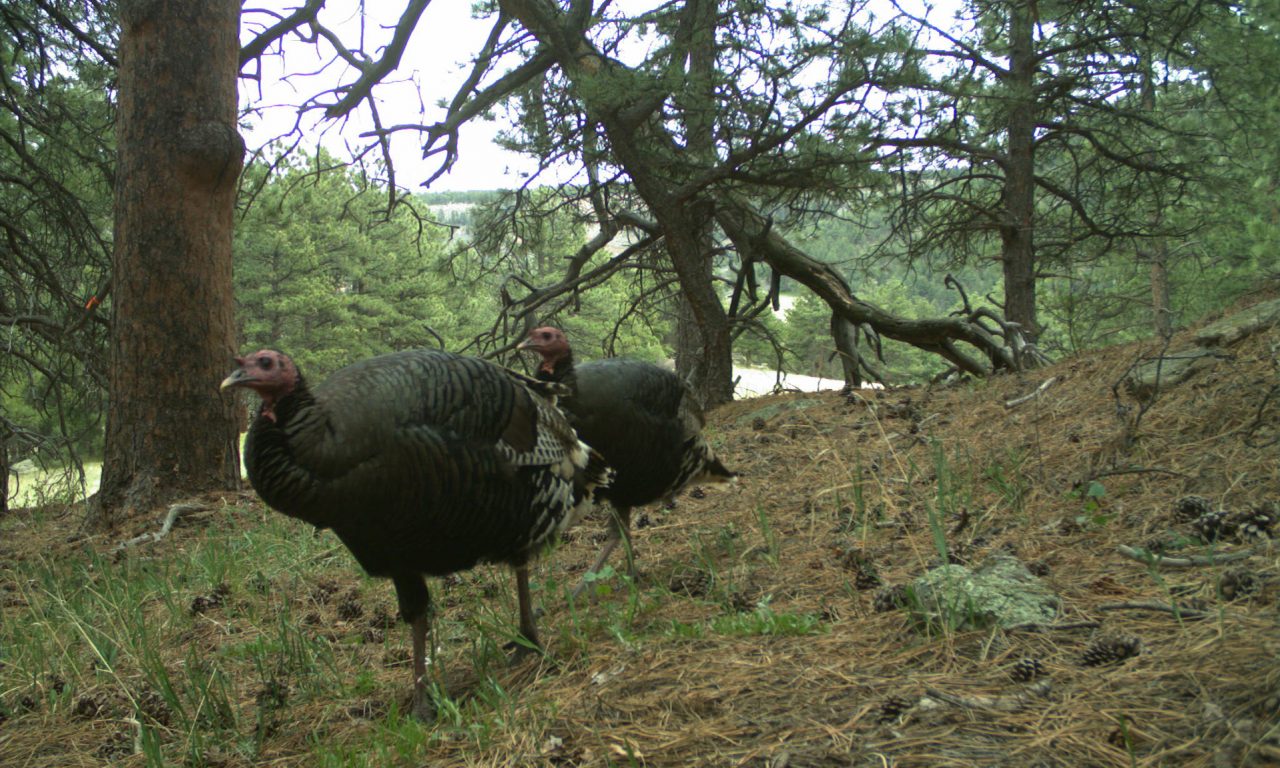 Are you looking for a short scenic hike in the Boulder area? Look no further than Heil Valley Ranch.

The 1.3 mile Lichen Loop is a hiker-only trail that walks you through ponderosa pine forest, incredible geology, and past evidence of local history. This trail gets its name from lichen, a common organism growing on the rocks along its trail. Lichens may resemble mosses to an untrained eye, however, mosses are classified as plants. Lichens are not plants, but rather leafless, rootless life forms composed of two diverse organisms: an alga and a fungus. Lichen can often grow in places where neither fungi nor algae could grow alone. The symbiotic relationship between these organisms allows them to survive under diverse environmental conditions, using rocks, trees, or other solid surfaces as their substrate. An organism from the kingdom fungi must make up the majority of the lichen, as it provides the structure of the lichen and is responsible for adhering to the substrate on which it grows. Since fungi cannot produce their own food, they pair with algae—photosynthetic organisms classified as either plants or bacteria. Algae will photosynthesize sugars for the lichen, and in return receive a place to live and grow. This relationship is replicated again and again in the varieties of lichen that vary in color, size, and structure.

While the Lichen Loop is named for its abundance of lichen, it is also a homonym for one of the geologic formations that runs through this property: the Lykins Formation. The Lykins Formation is characterized by soft sedimentary rocks, including red, sandy shale and pink sandstone. This formation is softer than those that surround it, and therefore has weathered much quicker. You can locate this formation at Heil Valley Ranch in its north-south trending valley that separates the Lichen Loop from the Wapiti Trail.

Next time you visit Heil Valley Ranch, hike the Lichen Loop to find its namesake organisms and its sound-alike geologic formation.

Avid hikers and bikers of Boulder County know Heil Valley Ranch to have exciting trails and gorgeous views. If you have ever been to Heil Valley Ranch, you have likely traveled all or part of the Wapiti Trail. This trail climbs from the main trailhead up to an elevation above 6,700 feet.

Have you ever wondered what Wapiti means? Wapiti is another name for the mammal Cervus Canadensis, more commonly known as elk. Elk are a large member of the deer family that grow tall branching antlers, and tend to form large social groups. These animals prefer forest edge habitats and can be found in parts of North America and eastern Asia. Rocky Mountain elk can often be spotted at Heil Valley Ranch in colder months; this same population migrates up to the Rocky Mountains during summer. Next time you hike the Wapiti trail, imagine the climb these herds of elk make in spring and fall.

At the summit of the Wapiti Trail, you will reach two conjoining loop trails: the Ponderosa Loop and the Wild Turkey Trail. If you spend any significant time at Heil Valley Ranch, you can easily see why one of its five trails is named for wild turkeys.

Wild turkeys, Meleagris gallopavo, are the same species of bird as domesticated turkeys. Turkeys are native to North America and prevail in mature forests with scattered openings. Despite their somewhat awkward appearance, turkeys are agile in flight. Turkeys have a variety of vocalizations. The characteristic “gobble” is the sound generally made by adult male turkeys, known as toms, in order to advertise their presence to receptive hens. Gobbles may travel far, so if you hear this sound, toms may be near or they may be a mile away. Next time you hear the distinctive call of wild turkeys from the Wild Turkey Trail, gobble back—these turkeys are talkative!