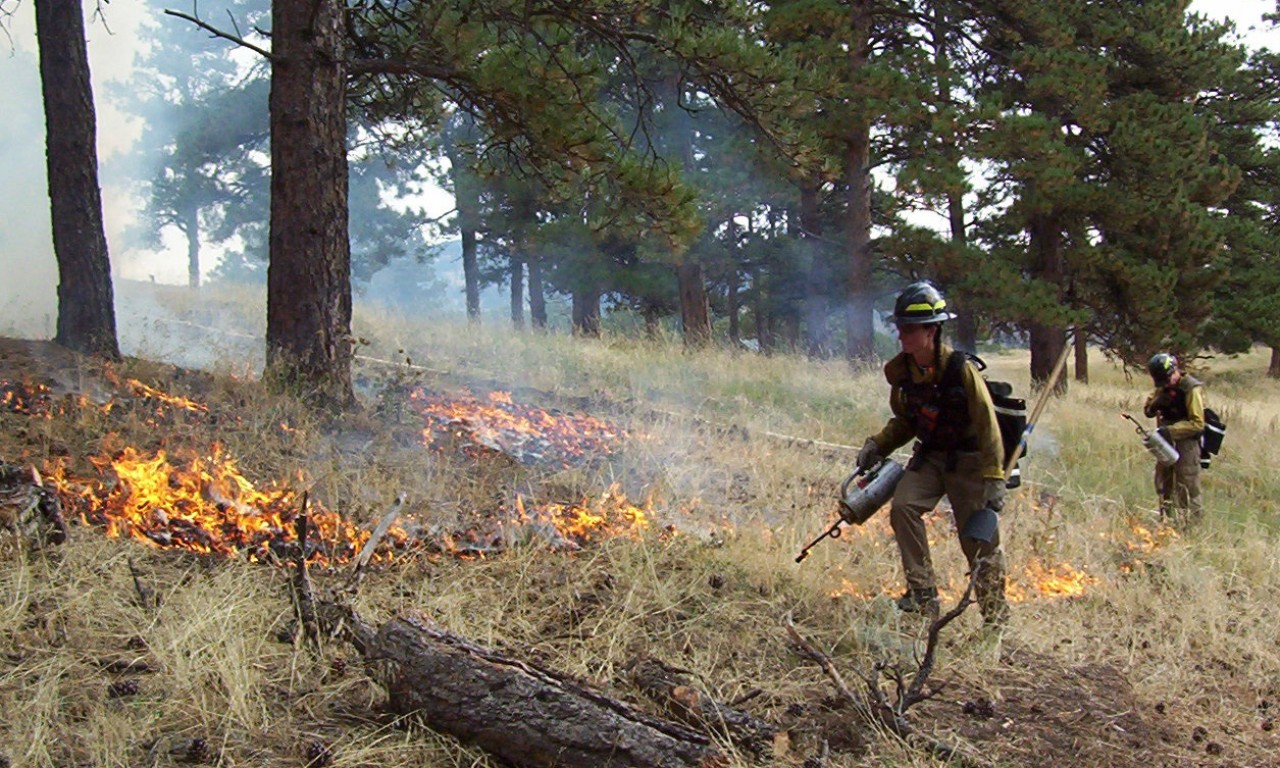 The Boulder County Parks and Open Space Department offers grants for research on county open space lands each year. All proposals are reviewed by a team of resource specialists, and awarded research projects are monitored during their activities on open space. The following is a summary of a 2015 study conducted by Erin Berryman, Michael Battaglia and Chad Hoﬀman. Their project focused on fire eﬀects for diﬀerent slash management techniques in lower montane ponderosa pine forests.

The need to reduce forest densities and surface fuel loads to reduce fire hazard and reintroduce fire in lower montane ponderosa pine forests has been recognized by Boulder County Parks and Open Space (BCPOS) and other agencies across the western United States. Often mechanical treatments are used to manipulate the forest density to achieve success in reducing crown fire hazard and provide an opportunity to reintroduce prescribed fire. However, the amount of slash material generated from these activities can increase the surface fuel loadings on site resulting in increased surface fuel loads available for combustion during subsequent prescribed fire activities.

Our objective was to compare the impact of mastication versus lop-and-scatter slash management techniques on the key fire effect of soil heating. A prescribed fire was conducted November 2014 at Heil Valley Ranch northwest of Boulder, Colorado. Twelve 1 m2 fuelbeds were constructed with three different fuel loadings out of two types of fuel: lop-and-scatter (“slash”) and masticated. Underneath each fuelbed, thermocouples were buried at three different depths to measure the heating front into the soil during the burn.

Overall, we found that soil heating was low for all fuel type-loading combinations and the heating duration was very short (only a few minutes). Based on these results, it is expected that soil damage from this prescribed burn was minimal. Future fires that burn in similar fuel types during similar conditions are not expected to cause damage to fine roots or soil nutrient cycling.

Burning either slash or masticated fuel at fuel loadings of up to 27 tons per acre did not cause soil temperatures to exceed thresholds of soil biological damage.

There was no difference in soil heating between masticated and slash fuels.

Fuel loading did have a small but significant effect on soil heating, suggesting that if the burn had exhibited more extreme fire behavior due to weather, the highest fuel loading may have resulting in damaging soil temperatures.