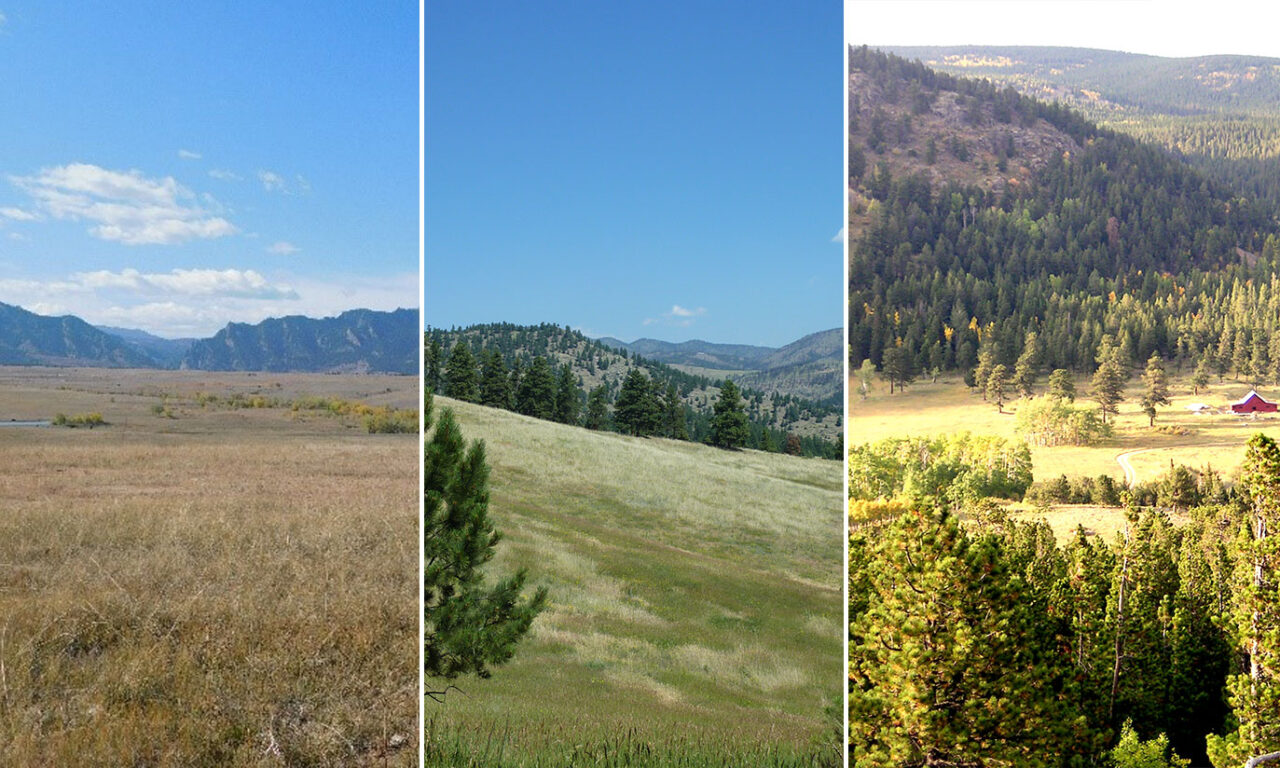 Boulder County is home to a diverse array of landscapes. The dramatic rise in elevation results in a variety of ecosystems, each with its own unique characteristics. These ecosystems, or life zones, have a specific relationship with fire, or what is called a fire regime. Understanding the fire regimes across the different life zones of Boulder County can help residents become more adept at living in this unique region of the world.

The major life zones that most Boulder County residents live in are the Plains, Lower Foothills Ecotone, and Montane. Each of these life zones has its own fire regime. A fire regime is a summary of fire occurrence, behavior, and fire effects within a specified area. Some characteristics of a fire regime are frequency, intensity, and severity. Each of these aspects create a picture of how fire has behaved historically in each location. 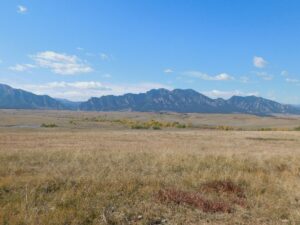 In the Plains Life Zone, located in the eastern portion of the county below 5,300 feet in elevation, fires occur at an interval of one to five years. They typically burn at a low severity, which is characterized by some consumption of woody material and the renewed growth of grasses from their root system. They are often caused by lightning strikes or spread from the forest to the west, though Indigenous people occasionally started grassland fires to attract game with new growth. Today, the fire regime of the Plains is mostly absent, as the presence of urban development and agriculture has severely altered it. It is not completely gone, however, as evident in the disastrous Marshall Fire of 2021. 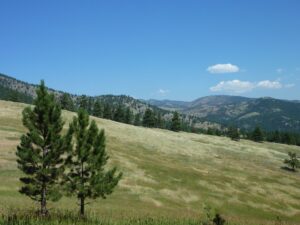 In the Lower Foothills Ecotone, located at elevations between 5,300 and 6,400 feet, the character of fire changes as the vegetation transitions from grasses to shrubs and scattered trees. The fire regime is highly variable depending on slope, aspect, and fuel conditions. Fires carried by the grasses occur as frequently as every few years, while the shrubs and trees burn more infrequently when conditions are favorable. Severity and intensity are also highly variable, from a low intensity grass fire to higher severity where shrubs dominate. This varied severity allows for a diverse mix of plant and animal species to utilize this life zone. Because of fire suppression in the 20th century, this life zone has become less dominated by grass and shrubs as higher density ponderosa pine forests have been allowed to take over. This change has led to higher severity fires occurring in a life zone that is located just west of the major population centers of the county. An example of a Lower Ecotone fire is the east portion of the Cal-Wood Fire of 2020. 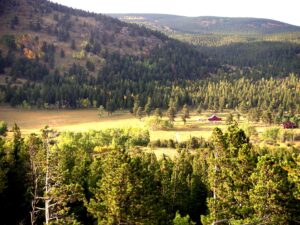 The fire regimes of the Montane Life Zone are much more diverse. This ecosystem is located at elevations of 6,000 to 9,000 feet and tends to become wetter at higher elevations. The variety of trees found here means that certain areas burn in different ways. Ponderosa pine forests dominate in the lower elevations while Douglas-fir and lodgepole pine tend to dominate in the higher elevations. The drier forests burn roughly every five to 30 years with mixed severity. These drier forests are more open with a grass understory, resulting in a lower severity fire, mainly on the ground. The wetter forests at the higher elevations are denser, which means there can be some severe burns in these areas. On the extreme end of fire behavior is the lodgepole pine forest. These forests burn infrequently (about every 75 to 250 years), but at a high intensity and severity. The long fire interval means these trees grow up very dense, and when they burn, it typically wipes out the entire lodgepole forest. A recent example of one of these fires is the Cold Springs Fire of 2016.

Understanding the Role of Fire

Fire has always played a significant role in the life zones of Boulder County, but until recently its impact has not been fully understood. Since fire suppression was the dominant management practice of the 20th century, many of the fire regimes in these ecosystems are highly altered.  Now when fires start in these altered systems, the fire behavior can be unpredictable. As more people move into these fire-adapted landscapes, the risk of destructive fires becomes even greater. With climate change potentially increasing the frequency of wildfires, adapting our lives and property to living in these zones can help us coexist with fire in the years to come.