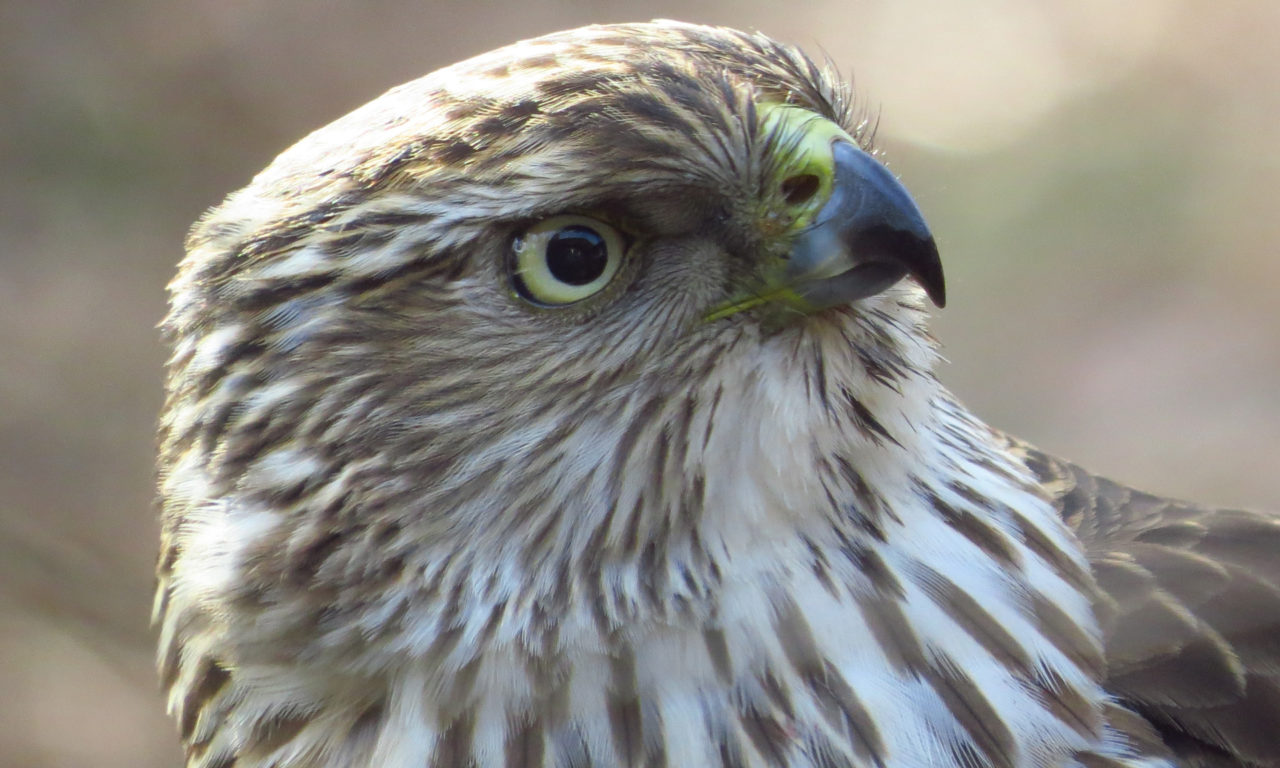 The bird feeders have been busy all morning, then, suddenly, they’re empty of life. Nothing! Then you notice a swift shadow arrow through the trees, weaving through branches at high speed—above 30 miles an hour. (David Sibley, in his book, “What It’s Like to Be a Bird,” likens these hawks to gray-brown missiles.) Then squawking begins. In the wake of the speeding shape, magpies, grackles, and a mass of smaller birds become agitated and frantic. They’re mobbing something. What’s going on?

Chances are it is a hunting Cooper’s hawk. These crow-sized birds of prey are forest hawks but have taken to town fringes in recent years, lured by the increase in small birds drawn to bird feeders and enticed by the increasing tree cover in our neighborhoods. For the hawks, it’s fast food in a “forested” setting. Perfect!

Cooper’s hawks, and almost lookalike sharp-shinned hawks are accipiters: raptors with shortish, rounded wings that help them navigate with agility through dense woodland using their long tails as rudders. Both species have long legs and sharp talons with which to snatch prey. Size tells the two species apart. Sharp-shinned hawks are robin-sized. Don’t be fooled, though. Female raptors are typically larger than their males. Ranking from small male sharpies to large female Cooper’s, there’s a baffling size range that can offer bird watchers a real challenge.

Cooper’s hawks are also known as “chicken hawks,” although they mainly prey on medium-sized birds, such as woodpeckers, doves, and robins. Birds make up most of their diet. They’ll also eat small rodents, rabbits, and even bats and snakes—they are opportunists, not fussy eaters. They consume about 12 percent of their body weight in a day, equivalent to us eating about four or five pizzas. These stealth hunters move from perch to perch in dense woodland, watching . . . listening . . . waiting for dinner on the wing. Then with a burst of speed, they’ll overtake and subdue their prey. A quick squeeze of the talons is all it takes.

In our area, Cooper’s hawks are seen year-round. They tend to be faithful to the same nesting territory year after year.

This year, a pair of Cooper’s hawks nested in our yard. The first hints were high-pitched ack ack ack calls breaking the silence at dawn. One early evening we watched the two birds as they mated. Our quest was then to see a nest site. Research told us that nests are usually found in evergreens or deciduous trees, typically 25 to 50 feet high in a crotch or horizontal branch. We found ours about 40 feet up in a weedy elm.

Nesting began before the tree leafed out, and by chance the site they chose for the nest was atop an old squirrel nest much augmented with sticks—all rather untidy. As the year advanced, the nest seemed to have insufficient shade and we worried on the birds’ behalf. The nest was far too high to check progress, but the birds came and went regularly.

These hawks typically lay three to five eggs and begin incubating the eggs when the last one is laid. Incubation takes 30 to 36 days, and it’s about a month more before the chicks fledge and fly. Sadly, in mid-July, one nestling, not yet feathered, plummeted from the nest, and didn’t survive. We didn’t know the cause but wondered if it was the “runt” pushed out of the nest by larger and hungrier nest mates. If food supplies dwindle, younger, frailer chicks succumb. As I write, the outcome is unknown. Fingers crossed! 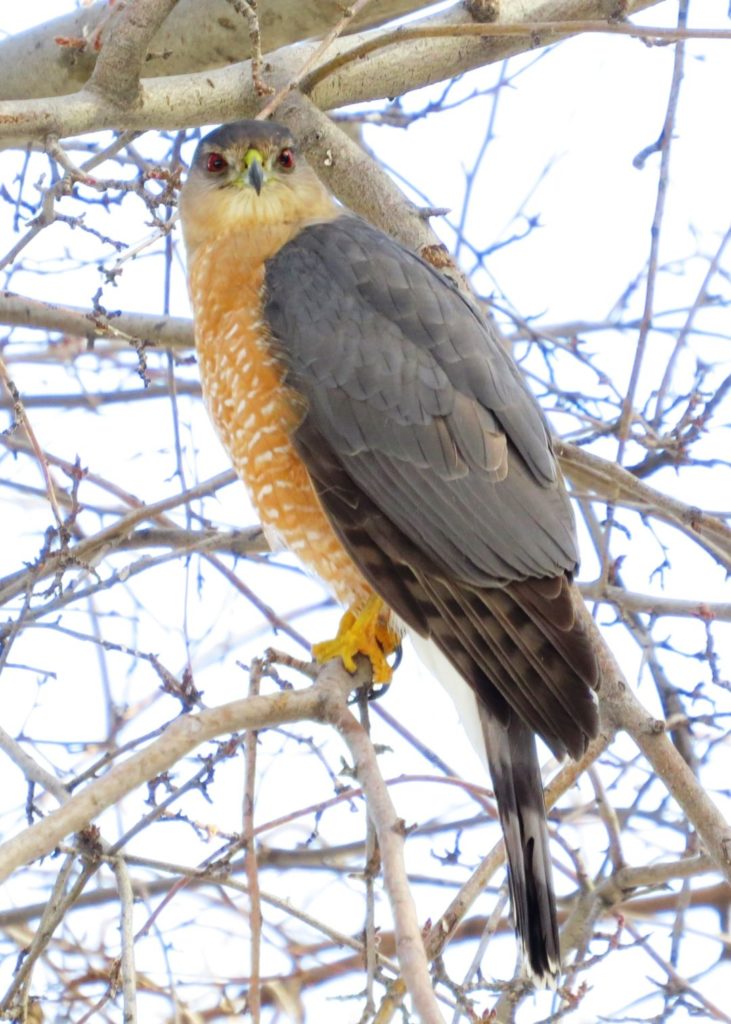