Elk and Vegetation: the First Year 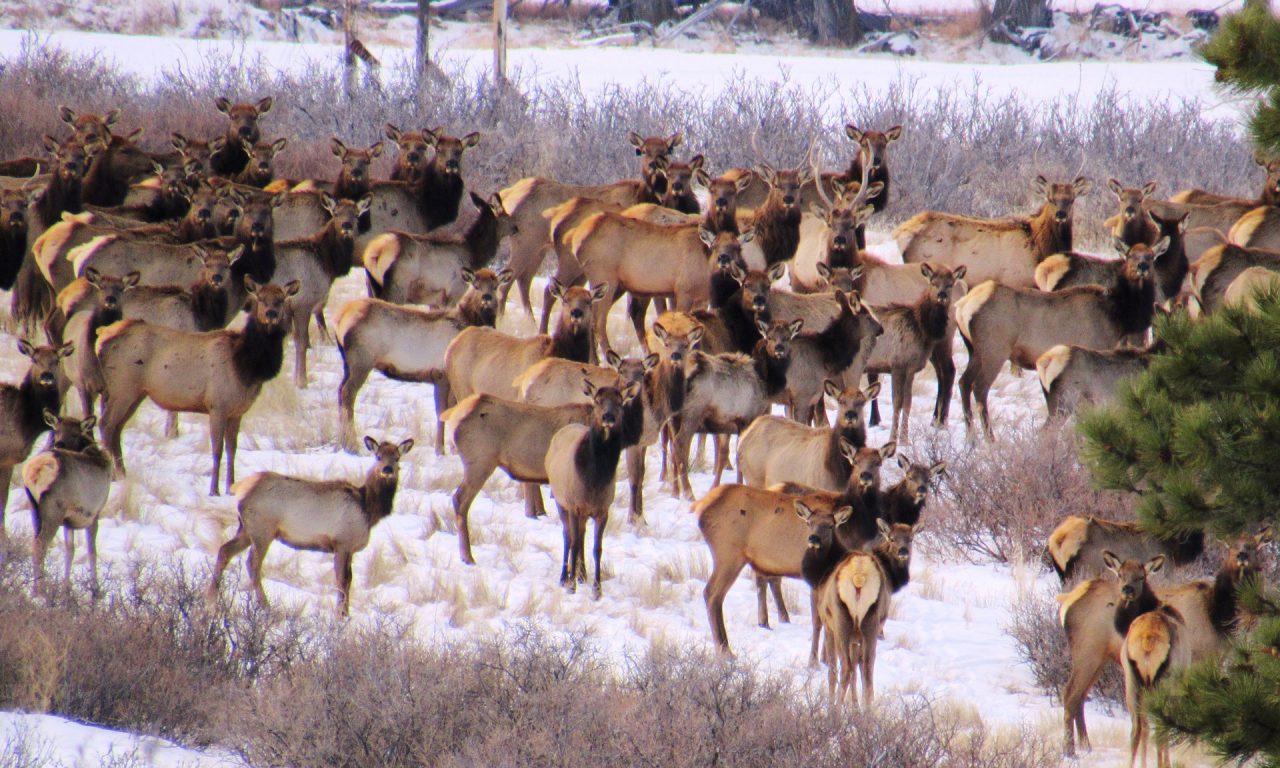 You last heard about the department’s efforts to reduce the elk population at the Ron Stewart Preserve at Rabbit Mountain in the Fall 2017 issue of Images. Our team identified four areas of focus and some other means to achieve this goal:

To achieve a reduction in the herd, we are using a combination of hunting, hazing, and fencing. We track elk movements with radio telemetry and track the herd size with coordinated monthly counts. We also monitor vegetative impacts to the natural resources with both grassland and shrub plots.

The biggest and most difficult decision in the plan was to permit hunting on open space. We closed the park on Mondays, Tuesdays, and Wednesdays from mid-September through January. We had Boulder County Parks & Open Space (BCPOS) and Colorado Parks and Wildlife (CPW) patrol staff to assist with the closure and the hunting. Because of our effective information campaign and cooperation of park visitors respecting the closure, we wrote only four tickets for violations in the four-plus months of the closure.

We worked with the existing license structure established by CPW to address this elk sub-herd. We issued no new licenses, but offered a one-week access pass to hunt three areas. These hunters chose their one-week slots and then attended a mandatory hunter orientation. They also passed a shooting proficiency test in order to gain their access permit. The orientation allowed us to have good communication about all aspects of the program, and also gave the hunters an opportunity to meet the staff and other participating hunters. This cooperation allowed us to be quite effective in the hunting portion of managing the situation; 27 of the 37 hunters were successful.

Due to some collar failures, we again trapped elk this spring to keep tabs on the herd as well as our impacts on their movements and distribution. We trapped for six weeks in February and March, placing six new collars on cow elk to supplement the four still-functioning collars. The post-hunt distribution has shown a dispersal effect and resulted in an overall decrease in elk “time on the mountain.” We have also resumed hazing the elk this spring after the conclusion of our trapping, trying to create an unwelcoming aspect to Rabbit Mountain. We varied the day and timing of our outings, and everyone that has encountered elk has moved them out of the core area.

We also began the first of our planned fencing exclosures on the south end of the mountain aimed at denying some shade for the elk and allowing disturbed areas to be protected and heal. Anyone who has been to Rabbit Mountain in the summer knows the value of shade!

It is too soon for the vegetative data to show much change. Data is being incrementally collected by plant ecology and wildlife staffs and volunteers. But the radio telemetry is showing the dispersal previously mentioned. Our monthly fall-winter counts are less than last year’s high total (360 vs. 260 for February 2018 count). This fall will be the second year of hunting on the open space.

In 2018 we will increase our hunting slots from two to three hunters per week, but keep the Monday-Tuesday-Wednesday closure. We hope our multi-pronged approach will slowly get us to that smaller, migratory herd that is in balance with the natural resources and has less of an impact on the adjacent private lands.