A Day in the Life of a Project Manager 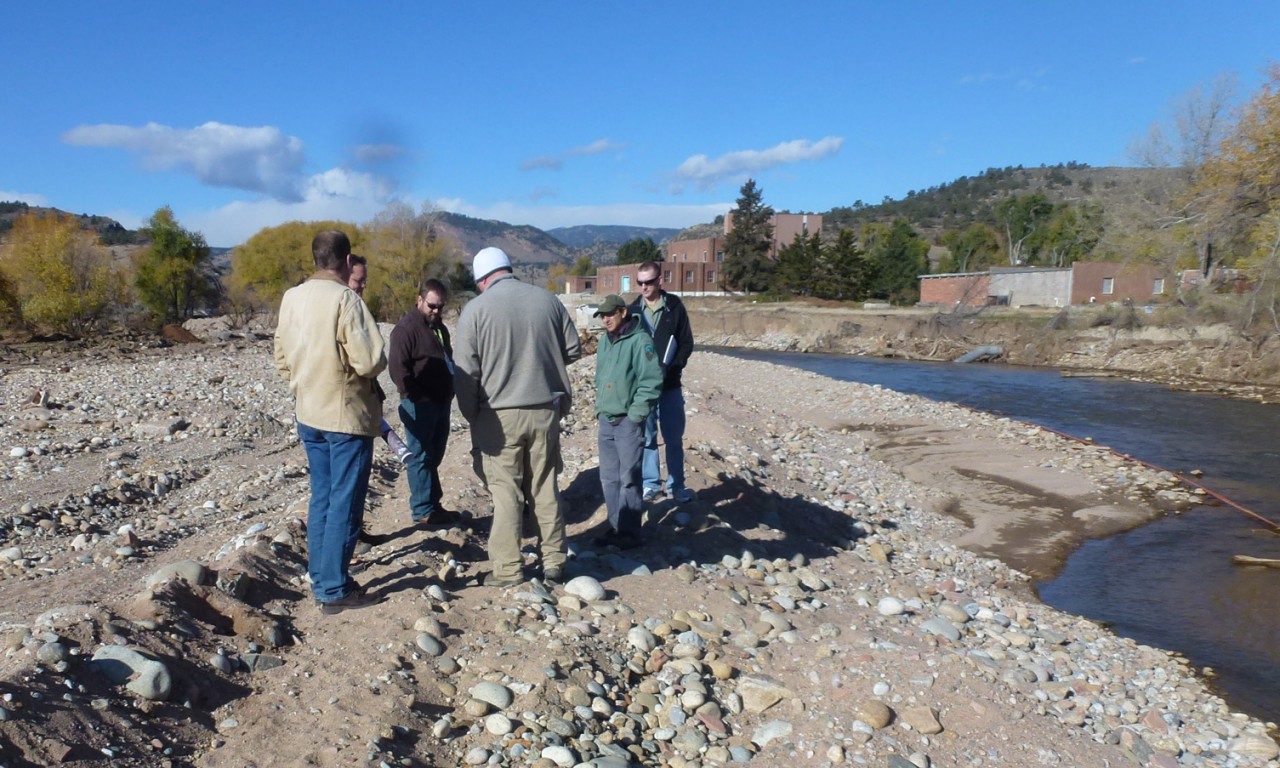 A project coordinator is a professional who ensures that people and resources devoted to completing a goal are used appropriately. They typically juggle a combination of responsibilities, including managing and communicating among team members, coordinating meetings, preparing bids and proposals, and oversight of project progress.

I’ve often wondered what my duties are; the above definition fits pretty well, though there are countless other duties I perform that are not covered in this broad definition. Typically, those undefined tasks are the most enjoyable.

A couple months ago, I was asked to prepare a project to repair breached sections of the Saint Vrain Creek due to the September 2013 floods. I worked with our administrative, agriculture, natural resource and purchasing staff preparing bid documents. With a few last minute changes from FEMA and the Army Corps of Engineers, the work was ready to bid. After weeks of bid preparation, the time had finally come to hold a pre-bid meeting with prospective contractors. On my drive into work on the day of the pre-bid meeting, under a starry sky and -5 temperatures, I was wondering how to conduct a meeting outside in 0 degree weather. After thoughts of postponing the meeting and waiting for better weather, I knew Doug Dunn (Water Resource Specialist) and David Hirt (Plant Ecologist) were as eager as I was to get the project started.

Once in the office, I considered options for holding the meeting. After chatting with staff, it was decided to conduct the meeting indoors and cover the basic items. When the meeting finished, we’d make an offer to go on-site. Although the indoor meeting went well, folks in the construction business like to see first-hand what type of work they’re getting into. We had our plan and proceeded to conduct our meeting. Once we answered the last contractor’s inquiry, everyone bundled up and headed to the work area.

With 15 bidders in tow, we herded the group to the first work site. Dressed like the little brother from the film A Christmas Story, everyone trudged through the snowy landscape. Given the arctic conditions and temperatures, I was surprised at the enthusiasm, interest and courage of this frozen group of folks. After trekking to additional breached sites and answering another dozen or so questions, it was time to head to warmer conditions.

Back in the office, staff debriefed the pre-bid meeting. We discussed the contractor’s questions and our answers. We also considered timing of the bid award, project start dates, coordinating our schedules for construction monitoring, work site access, removal of woody debris in the creek, and what warm item we brought for lunch.

Once bids were received, staff spent a week reviewing them and the qualifications of contractors. Then there were the non-glamorous tasks of calling on references, bid recommendation to the Department Director and County Commissioners, bid award, and contract preparation with administrative staff. Finally, the project is ready for the phase I enjoy… field work!

By Barry Shook, one of three project managers at Boulder County Parks and Open Space