A Day in the Life of a Web Specialist 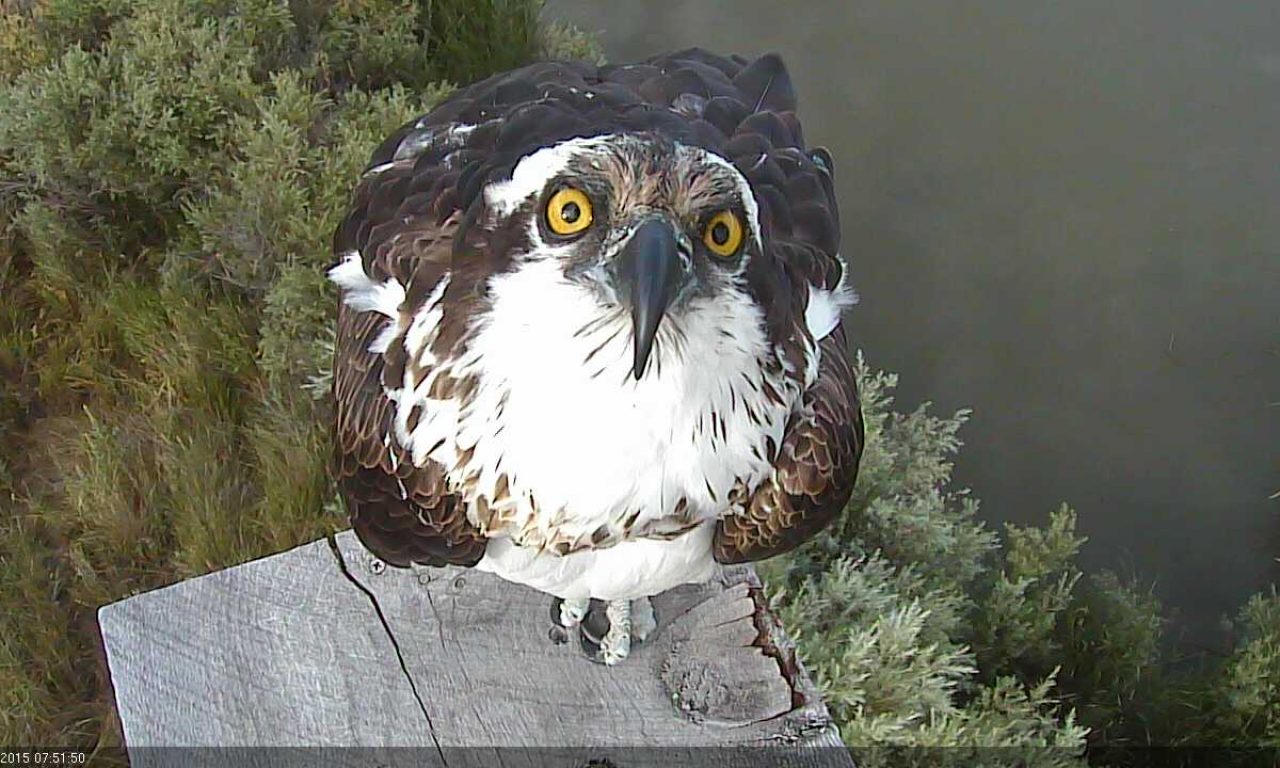 “Oh no—not again—this isn’t happening!” I keep telling myself. I’m looking at an email that says the osprey camera is not responding. I open the camera webpage and the video is black. Panic sinks in. I open another browser and try connecting to the camera from my computer. No luck. I try connecting to the wireless transmitters that send the camera feed to one of the buildings out at the Boulder County Fairgrounds. Well, I can connect to those and I can even hear the microphone positioned under the camera. But I can’t connect to the camera. There is just a blank screen where there ought to be a giant osprey nest.

Fortunately, it is October and the ospreys have migrated south to a warmer climate. The male and female osprey had a successful breeding season. Four eggs were laid, three hatched, and the three chicks fledged (left the nest).

Now that the ospreys are gone, I remind myself that I won’t be bombarded with emails, phone calls, and media requests demanding an explanation for why the camera isn’t working. That’s comforting, but means yet another visit to the camera.

I was just at the camera a week ago with two volunteers. We installed a new shielded audio cable to remove an annoying hissing sound that could be heard when watching the birds. We went up in a 40-foot scissor lift to the top of the nest and replaced the cable. It was a great experience for the volunteers to see the nest up close and in person.

While we were out at the site, we noticed lots of raccoon droppings. Osprey viewers reported hearing odd sounds from the nest. We suspected the sounds were raccoons and the droppings confirmed that a raccoon den must be close by. So it was no surprise that when I went out to the nest to investigate the inoperative camera, I found one of the network cables had been chewed in half—probably by a raccoon, judging by the bite marks.

And this isn’t the first time something went wrong with the camera. After installing the camera in 2012, it worked great for a few months, but then inexplicably failed in early June. We had to wait until after the birds migrated before going up to the nest to retrieve the camera. We were told by the manufacturer that we had a faulty camera so they sent us a new one. We tried again in 2013, but the camera failed again. So in 2014, we worked with View Into The Blue, a local company that specializes in webcams, to completely revamp our setup. Then on May 6, the camera was struck by lightning. So in 2015, we installed a lightning rod and made a few other tweaks. And we haven’t had a problem since. Well, until that pesky raccoon chewed through the network cable.

But I was able to repair the cable. And just to make sure it doesn’t happen again, the cable is now protected in a PVC pipe. The camera is operational again, knock on wood, and thousands of osprey viewers are able to watch the beautiful birds.

One Million Views… and Counting