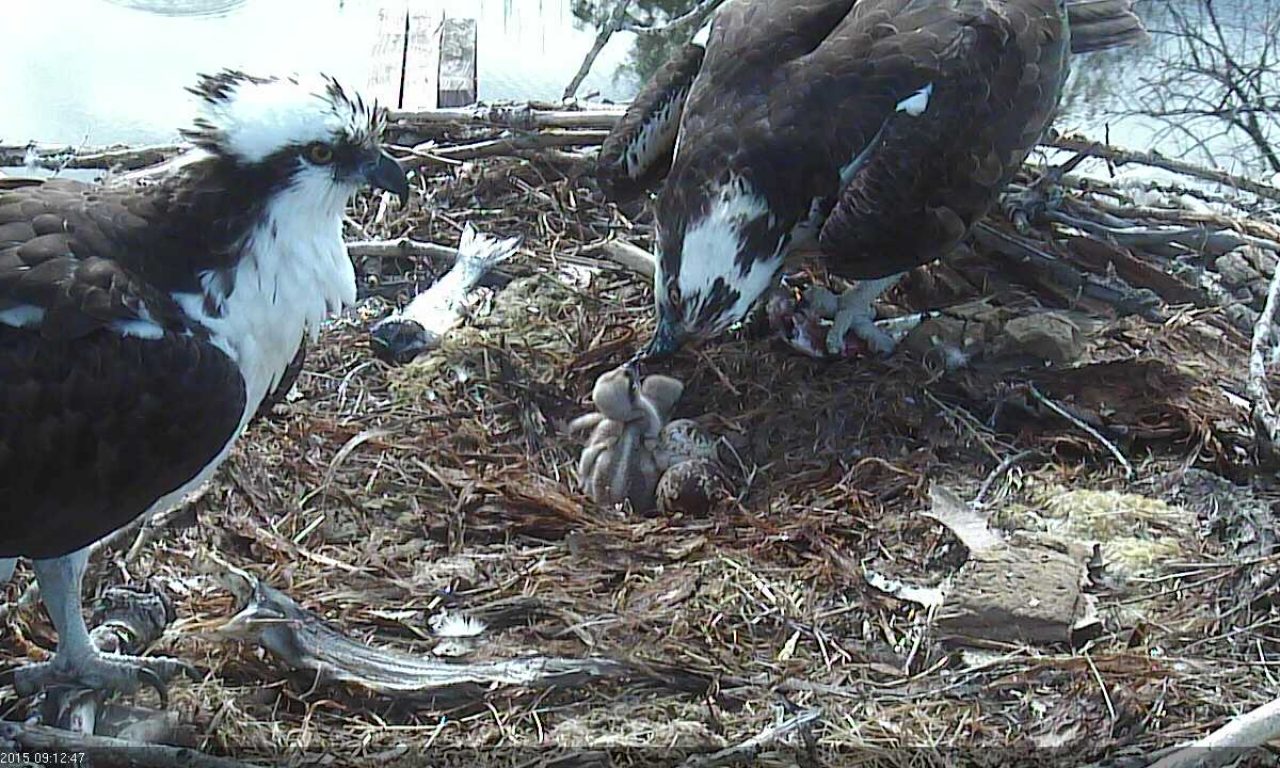 Three healthy, juvenile ospreys fledged from a nest at the Boulder County Fairgrounds in 2015, and were caught on camera! Fledging refers to when the chicks leave the nest for the first time, which takes approximately seven weeks after hatching. It was truly a remarkable year, with the opportunity to see into the daily activities that occur during the osprey nesting season. 2015 marked the first year where we witnessed the entire season on camera. Since it was the first fully successful year, as the Volunteer Osprey Moderator (VOM) it was an amazing experience for me to develop, educate, and connect with an online community using “the chat.”

Connecting with the online community started by listening to what was valuable to them. Next, it led to connecting with them on a personal, yet professional level. This included welcoming people to the chat, reminding people of the comment policy, and remembering those frequent chatters (people who post often). The chat became a place for old friends and new alike, to visit and talk about the daily accomplishments. The chatters had amazing questions about the activities occurring at the nest. Answering those questions required digging into past research and my personal experience handling raptors. It became clear that education was important to our viewers.

Since education held a significant part of the viewer’s interest, it became my next goal. This initiated the “question of the day” and “fun fact” posts during the week. It was both a great way to connect with the online community and have some fun at the same time. Encouraging education was perfect since the majority of people on the chat were new to the osprey world. Many of the viewers even did their own research and provided facts and details that were remarkable! The best thing was that we all learned together and evolved as an online community.

Being the VOM was a rewarding experience. The daily duties of posting pictures, answering questions, and posting facts were very enjoyable. We had viewers recommend the Boulder County site to other live cam viewers, which increased the volume. As the chat became more active, different perspectives were integrated. We had numerous people who were learning, and some who were experienced osprey cam viewers. Even local nest viewers would let us know what was happening from the ground. Upon visiting the nest myself, I noticed an increase in people who were watching the ospreys at the Boulder County Fairgrounds as compared to previous years.

As the end of the nesting season approached, it was definitely bittersweet. Because we had established a close online community, it was sad to see the season come to an end. Many of the chatters wanted access to the chat so they could refer to past comments. The chat remained accessible—even the cam stayed on during the off season. It was such a great experience to see the webpage gain more popularity and to be the VOM. With the 2016 osprey nesting season upon us we can continue to grow and educate the audience about these amazing creatures.

It was truly an honor to be a moderator for the Boulder County osprey cam, and I hope to connect and educate with both familiar names and new people this year. 2015 was such a feat and here’s to 2016 being another success!

Thanks to Boulder County for the open window to view these amazing creatures as they raise the next generation of ospreys.