A Day in the Life of a Wildlife Biologist 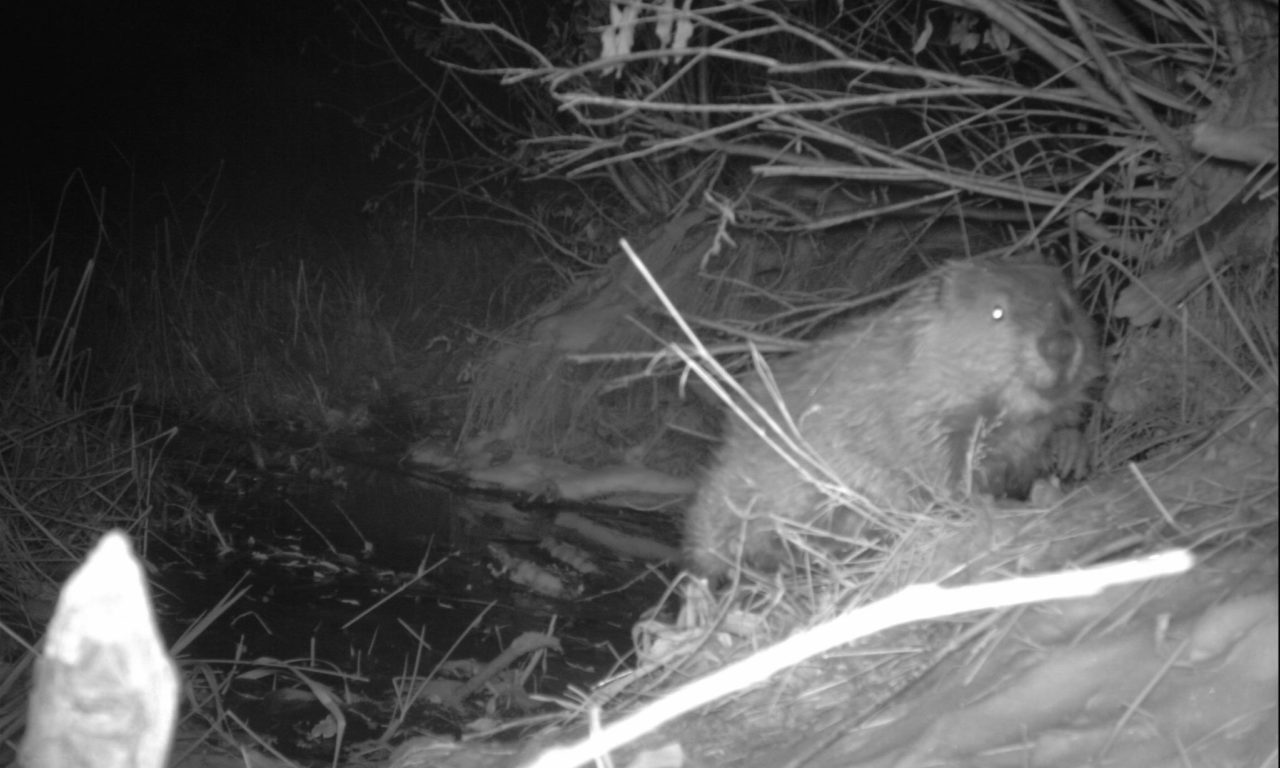 In the spring of 2018, we were watching the new plantings establish in Webster Pond at Pella Crossing. Everyone was excited to see the developing wetland take shape and fill in. Everyone except the beaver family that had taken up residence there. The beavers had taken to plugging up the outlet structure draining Webster Pond into Heron Lake. Something about the sound of rushing water…

We couldn’t allow the lake level to increase because it would begin to drown the 21,000 wetland plantings. So we began a daily struggle with the beavers of plugging and unplugging the outlet.

That was too much work (busy beavers and all that). We decided that we needed something more formidable. Something that would be too large to plug. Our initial effort of caging, chicken wire, and t-posts was easily circumvented by the beavers. Hah! So we upped our game. Enter Fort Castor! We found two chain link fence panels in the shop yard and bought some hog panel mesh for the sides, creating a 6’ x 10’ screen box. We added some pipes to collect water from farther out (as the beavers started blocking up the sides). Our efforts resulted in a stalemate, but we no longer had to “wader up” and slog in the pond every day to clear the outlet structure.

The new wetland and the post-flood water management environment told us that the east side of Pella Crossing was not really a good place for beavers. We missed the trapping window for relocating beavers in 2018. So that became a priority for 2019. We hired the best in the business: Tippie! She worked with us in July and August to find, trap, and relocate the beavers. They were using the old lodge on an island in Heron Lake. We thought we might have a single beaver or just a pair. We started catching beavers in early August—and then we kept catching them. All the way to eight beavers!

We worked with Colorado Parks and Wildlife to get a relocation permit to put them back into our empty beaver pond complex at Caribou Ranch Open Space. We hadn’t had beavers there in nearly 10 years and the wetlands were missing them. Without beavers maintaining dams and full ponds the wetland areas were drying up and being reclaimed as uplands. The shrubs were suffering without water. And all of the dams had eroded, some to the point where there was no pond anymore.

So we moved six beavers one day and two more a few days later. We released them in the largest beaver pond, hoping they would stay and thrive. There was abundant vegetation for them to eat and store, but we also cut some and placed it in the big pond. Even if they decided to move along the drainage, just having them back in the area was a victory. We set up a couple of cameras to keep tabs on them.

We also went back up in October and worked to plug a hole in one of the dams and to reinforce the dam in the big pond. We used the technique that mimics how beavers build: beaver dam analogue. We wove sticks, branches, willows in between vertical wooden spikes and packed it with more sticks and mud, just as beavers do. This work basically gives the beavers a head start on patching up the place and trying to raise water levels ourselves (if the beavers don’t stay).

Sadly, our spring check this year did not reveal fresh beaver sign. Dams were not being maintained in the face of melting snow. But the ponds had likely just lost their ice cover, so maybe the beavers were there, but just thinking about food. If they are still in the drainage, we hope they will settle back in and reclaim Caribou Ranch as home.