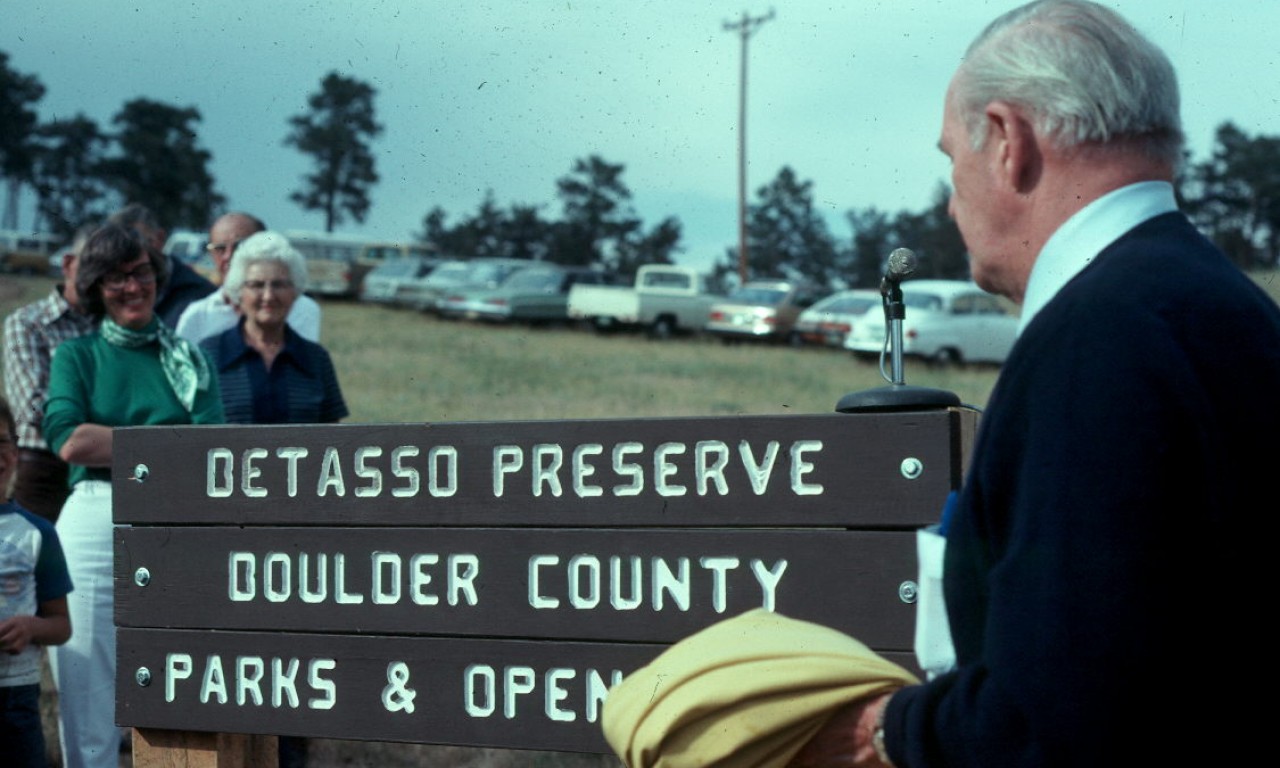 Perched above Boulder and Fourmile Canyons, Betasso Preserve is an open space property covering over 1,100 acres. Today the preserve provides a beautiful foothills environment for hiking, biking, horseback riding, and wildlife viewing. But not so long ago the land was home to members of the Betasso family, the source of the preserve’s current name.

In the early 1900s, people settled in Boulder County to establish homesteads or to work in the area mines they hoped would provide lucrative incomes. One such settler was Walter Blanchard, who in 1907 paid 10 dollars to file a homestead claim on some of the land that is within today’s Betasso Preserve. Blanchard began a ranch on the land where he specialized in stock raising. In 1915, Stephen Betasso purchased the ranch from Blanchard and so began the family’s long history of life on the land in Boulder’s foothills.

Originally from Italy, Stephen Betasso came to the Unites States in 1883 and moved to Boulder in 1915 after leaving behind the coal mines of Pennsylvania. He worked in coal mines in Louisville and Marshall before moving into the foothills to work at the Logan No. 2 Mine. He briefly returned to Italy, but came back to Boulder in 1894 with his new wife, Mary Pastore Betasso. The family grew in size over the years as the couple had five children: Raymond, Julius, Mabel, Richard and Ernest.

Turning his attentions from mining to ranching, Betasso bought “thirteen head of cows” when he acquired the Blanchard Ranch, and a new life began for the Betasso family. As the children grew up, the younger boys, Dick and Ernie, left school in the eighth grade to work full time on the ranch. As adults, the two brothers expanded the ranch by purchasing surrounding homesteads. From 1924 to 1966 they acquired more and more property until they owned nearly 2,000 acres.

Ernie eventually became the sole surviving Betasso to own and manage the property. In 1964, he sold some property for subdivision development, and in 1976 he stopped ranching and sold the remaining land to Boulder County. He lived out his life on the ranch until he passed on in 1983 at the age of 75.

Today as we walk or ride the trails at Betasso Preserve, we can enjoy the ranching legacy of an Italian immigrant and his family, and their commitment to preserving open space so we can all enjoy what was once a family’s backyard.