From Desert to High Plains Oasis 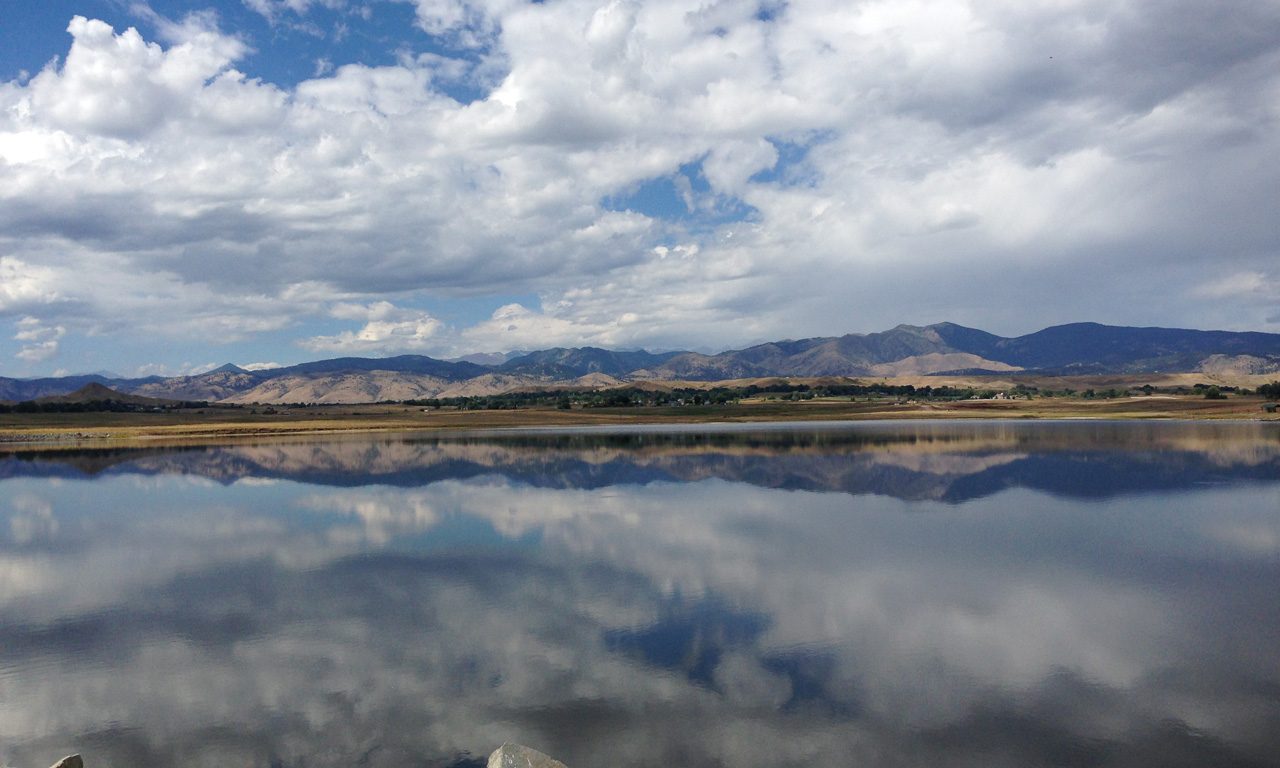 On October 14, 1820, Ong-pa-ton-ga  (Chief Big Elk) made the following speech to 400 of his tribesmen and explorer Stephen Long concerning lands on the Front Range “….some think that you [Long] have brought all these soldiers here to take our land from us, but I do not believe it. For although I am a poor Indian, I know that this land will not suit your farmers.” Long, for whom Long’s Peak and Longmont are named, concluded in his reports that this land was “unfit for cultivation and uninhabitable by a people depending upon agriculture.”

On the map Long made of his explorations, he called the area a “Great Desert…the scarcity of wood and water, almost uniformly prevalent, will prove an insuperable obstacle in the way of settling the country.” For decades, Long’s statement kept many west-bound explorers from considering the area suitable for agricultural development and settlement. Because Colorado’s Front Range was considered undesirable, the area became one of the last strongholds of independent American Indians. Only trappers and a few gold prospectors visited the area.

All that changed in 1858-59 when gold was discovered on the Front Range including at Gold Run near Gold Hill in Boulder County. Once gold was found, mining activity and travel to the area increased dramatically. These newcomers created an insatiable demand for food and goods. One of the newcomers, Marinus Smith, was a veteran of the California gold fields who decided to spend his time supplying miners, not being one. In 1859 he acquired 220 acres along Boulder Creek. With a few partners, he dug the Smith-Goss Ditch, the very first diversion of creek water that began the transformation of Boulder County from desert to oasis. That same year he sold a load of hay to miners in Black Hawk for $400, an amount of money that could then buy a house! With free creek water and a shovel, he struck it rich indeed. The demand for vegetables, flour, meat, and dairy grew exponentially.

Within 10 years, a significant number of ditches were dug in the Boulder Valley. The ditches served not only farmland, but also domestic water supplies carrying water to many establishing towns. In 1863, Charles Pancost created the first reservoir (present site of Xcel Energy’s Valmont Power Plant) in Boulder County, increasing his farmland’s irrigation season and productivity. He also raised fish which he sold to miners, turning a tidy profit.

Thus began the great watering of the Front Range desert and transition from thousands of years of nomadic hunter gatherer culture to mining, agriculture, and city development. The abundant snowpacks of western Boulder County has, for a millennium, melted in the spring, running quickly through the desert via three major water sheds: the St. Vrain, Left Hand, and Boulder Creek to their receiving water, the South Platte River. Over the past 150 years or so, each of these drainages has been increasingly tapped for their limited resources by which they all support life in Boulder County.

For More Than Irrigation

Besides irrigation, these waters have been diverted and stored for mining, hydroelectric generation, municipal water supplies, flood control, and recreation. From almost no known plains lakes in 1820, save a few oxbow depressions on rivers, Boulder County now has approximately 197 reservoirs and 293 ditches east of the foothills. The land you see today would be unrecognizable to indigenous tribes and early settlers.

Water in Boulder County has never been abundant. Its availability fluctuates depending on droughts and mountain snowpack—feeding streams and rivers and thus ditches and reservoirs. Experts predict a future of greater extremes: longer and hotter heat waves in the summer, less snow, more rain, and more severe droughts that will place greater stress on water users.

Wise allocation, conservation, and protection of the reservoirs and ditches that helped create our oasis will be especially important in the near and distant future unless we revert to a time and land that “will not suit our farmers”….a land “uninhabitable by a people depending upon agriculture.”