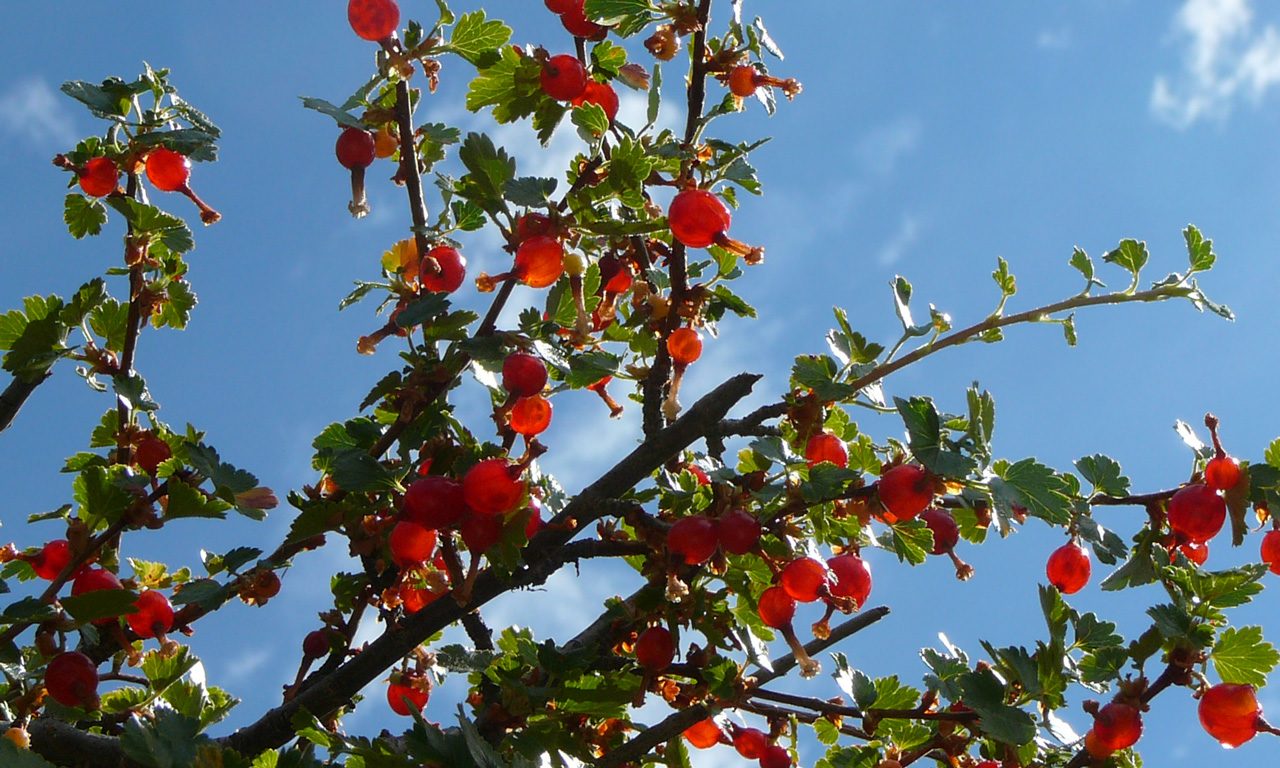 A faint scent on the air pulls you forward until you turn a corner to face a glorious wall of buzzing bees and creamy white blossoms, a wild plum thicket in spring. A note of birdsong rings out, you turn, but you catch only a flash of gray disappearing into a dense three-leaf sumac. In the lengthening shadows, the branches of a mountain mahogany bush start moving, curious behavior for a plant, until an enormous mule deer appears, quietly nibbling through the stand.

As you’ve probably noticed on the trail, shrubs supply vital resources to Front Range wildlife. A shrub is a woody plant smaller than a tree (a hazy distinction) with more than one main stem (bushy growth instead of a single trunk). Our native shrubs are tough perennials that often inhabit harsh, exposed places too dry, too rocky, or at elevations too high for trees, making them essential sources of food and shelter for animals in these spots. Where shrubs mingle with trees, like in ponderosa pine parkland, they build up the diversity of resources.

Animals, from flies to black bears, know to visit shrubs in late summer for the fruit. Local species that produce fruit with high value for wildlife include the chokecherry, wax currant, golden currant, serviceberry, and elderberry. Birds enjoy ninebark and three-leaf sumac seeds, and the snowberry has the added convenience of holding its berries on the branch late into winter, a handy slow-release bird feeder.

For deer and elk, bitterbrush and mountain mahogany are two of the major forage species in the foothills. In winter, their relatively tender and nutritious twigs provide food when nothing leafy is available. Moose are particularly fond of the willow shrubs that flourish in their high elevation wetland habitat. You can see evidence of ungulate foraging on shrubs in the shape of plants, torn twig ends, and branches with stubby growth from frequent pruning.

Shrubs blooming at the margins of wildflower season, like rabbitbrush in September or wild plums in April, are critical sources of pollen, with each large plant supporting many pollinators at a sensitive time. Like other native plants, many shrub species are involved in the network of interactions necessary to complete insect life cycles, from egg to larvae to adult. Look for delicately cut leaf margins as evidence of insect eating. Twinberry honeysuckle, currants, and kinnikinnick bear nectar-rich blossoms that feed hummingbirds and butterflies.

Beneath their leaves and dense branching structure, shrubs provide shade, ideal nest sites, and safe routes through the landscape unwatched by predatory eyes. Many shrubs, growing at deer-level, have thorns or sharp twigs to deter browsers. Prickly shrubs in this region include the hawthorn, wild plum, Fendler’s buckbrush, and Woods’ rose. This same feature improves fortification of nests and hiding places for small birds and mammals. Look for nests deep in the center of a shrub before leaves flush out. On many slopes in the foothills, shrubs and rocks provide the only sources of shade in summer sun for animals large and small, as well as some delicate wildflower seedlings. Along the deer paths in shrub stands, you can find large worn out bedding spots where deer rest in the shade.

With so much value for so many species, Boulder County Parks & Open Space takes particular care of local shrubs. One function of prescribed burns is the regeneration of aging shrub stands. For species that can survive fire and regenerate from roots, like three-leaf sumac, vigorous new growth appears after a fire. Before a burn, county biologists will mark stands of fire-sensitive shrubs to preserve—no need to deprive wildlife of a Boulder raspberry unnecessarily. As part of the study of the impact of elk on Ron Stewart Preserve at Rabbit Mountain, wildlife biologists and volunteers routinely measure stands of mountain mahogany, comparing high and low elk usage areas (a volunteer activity that sparked my personal enthusiasm for the shrub). Shrubs are also an important part of restoration projects, like the wire-fenced ranks of native shrubs planted along the flood-devastated St. Vrain. The shrubs will help hold bank soil in addition to their other ecosystem functions. Gardeners, consider planting a native shrub this spring, for beauty and high wildlife impact.

Next time you’re out in open space, take a moment to notice and thank the shrubs for their part in supporting the abundance of wildlife here. The species mentioned above are plentiful along trails and easy to get to know if you haven’t already. As the year unfolds, watch as their flowers bloom, leaves unfurl, fruits ripen, and colors change, and look for signs of the many animals among the shrubs.