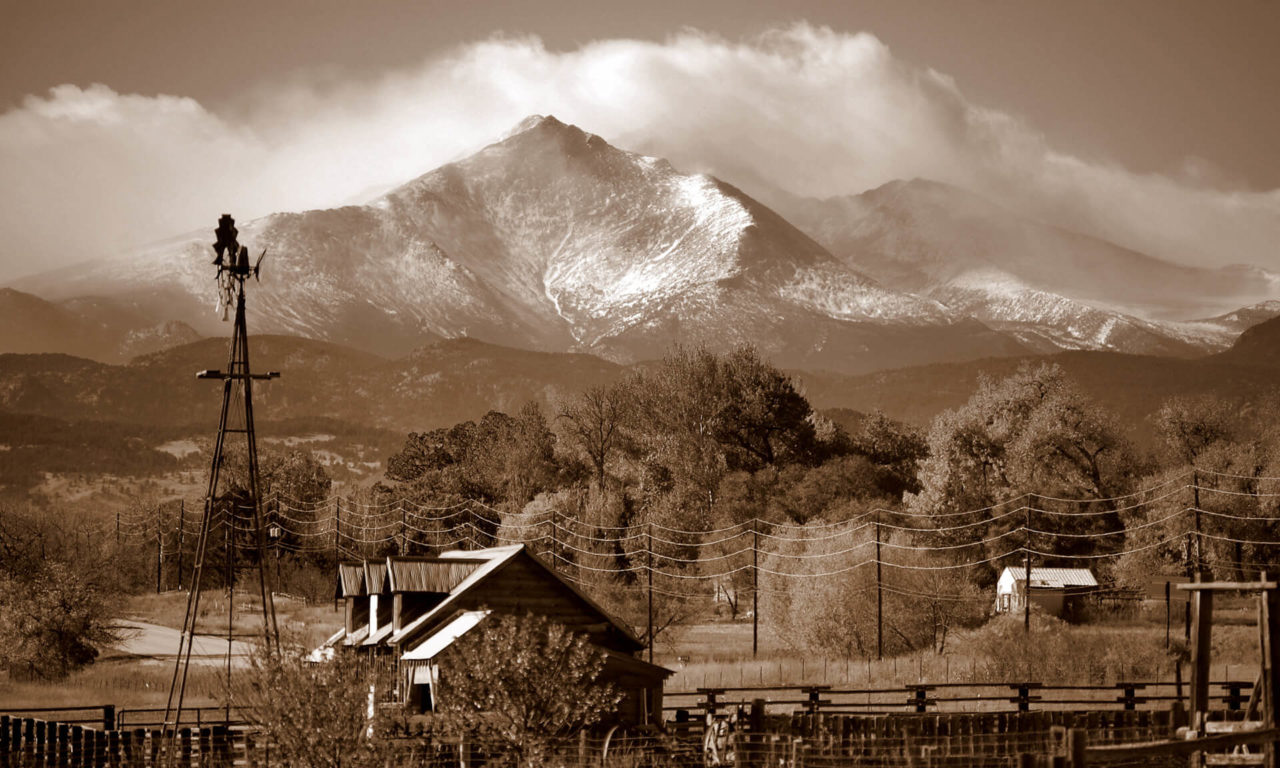 In the corner of Boulder County, Long’s Peak looms in silent, snow-capped majesty near its namesake, the city of Longmont. Originally named Les Deux Oreilles (“Two Ears”), Long’s Peak was Major Stephen H. Long’s first glimpse of the Rocky Mountains as he led a scientific exploration in 1820.

Who was Major Stephen H. Long, and why does Long’s Peak bear his name? Let’s step back in time, to discover the history behind this remarkable man and his journey to the West.

Long’s life began on December 30, 1784, in Hopkinton, New Hampshire. He grew up in a family of 12 siblings headed by a military father. He enjoyed science and received a master’s degree in engineering from Dartmouth College. Post-college, he taught mathematics at West Point. In 1816, Long was appointed as a Major in the Corps of Topographical Engineers and assigned to a post in St. Louis.

Three years later, in 1819, Major Long decided to join the Yellowstone Expedition, a military expedition led by General Henry W. Atkinson. A steamboat, The Western Engineer, was created specifically for the Yellowstone Expedition’s journey up the Missouri River to the Yellowstone River. Long began his journey with a large group of soldiers and scientists in the fall of 1819 and made it as far as Nebraska before winter set in. He decided to set up winter basecamp 25 miles north of Omaha’s current location.

A Change in Direction: From the Missouri to the Platte River

While Major Long was camped near Omaha, he received orders that the military portion of the Yellowstone Expedition was on hold due to a treaty signed by Spain and Secretary of State John Quincy Adams. The treaty created a new border in the West towards the Pacific Ocean. This spurred President James Monroe’s decision to change Major Long’s orders to exploring and mappping uncharted territory in the West. To explore the uncharted territory, Major Long changed course from the Missouri River to the Platte River. He disbanded his few remaining soldiers and continued the expedition with Captain Bell and scientists. On June 6, 1820, Long and his crew started to navigate up the south fork of the Platte River towards the Colorado Rocky Mountains.

Less than a month later, Long and his crew caught their first glimpse of the Front Range, in the form of Les Deux Oreilles. To honor both Major Long and their discovery, the crew decided to rename the mountain Long’s Peak. From Long’s Peak, the expedition traveled south to modern day Denver and Colorado Springs.  Long’s expedition then headed down the Arkansas River, and took a much-needed travel break near La Junta.

From there, Major Long and his crew split into two groups for the exploration of the Red River’s headwaters—the final leg of the expedition. Major Long’s group journeyed into Oklahoma, while the other group led by Captain Bell continued to travel along the Arkansas River. Nearly two months later, both crews were reunited in Arkansas at Fort Smith. Shortly thereafter, Major Long and his men parted ways and returned to their respective homes on the east coast.