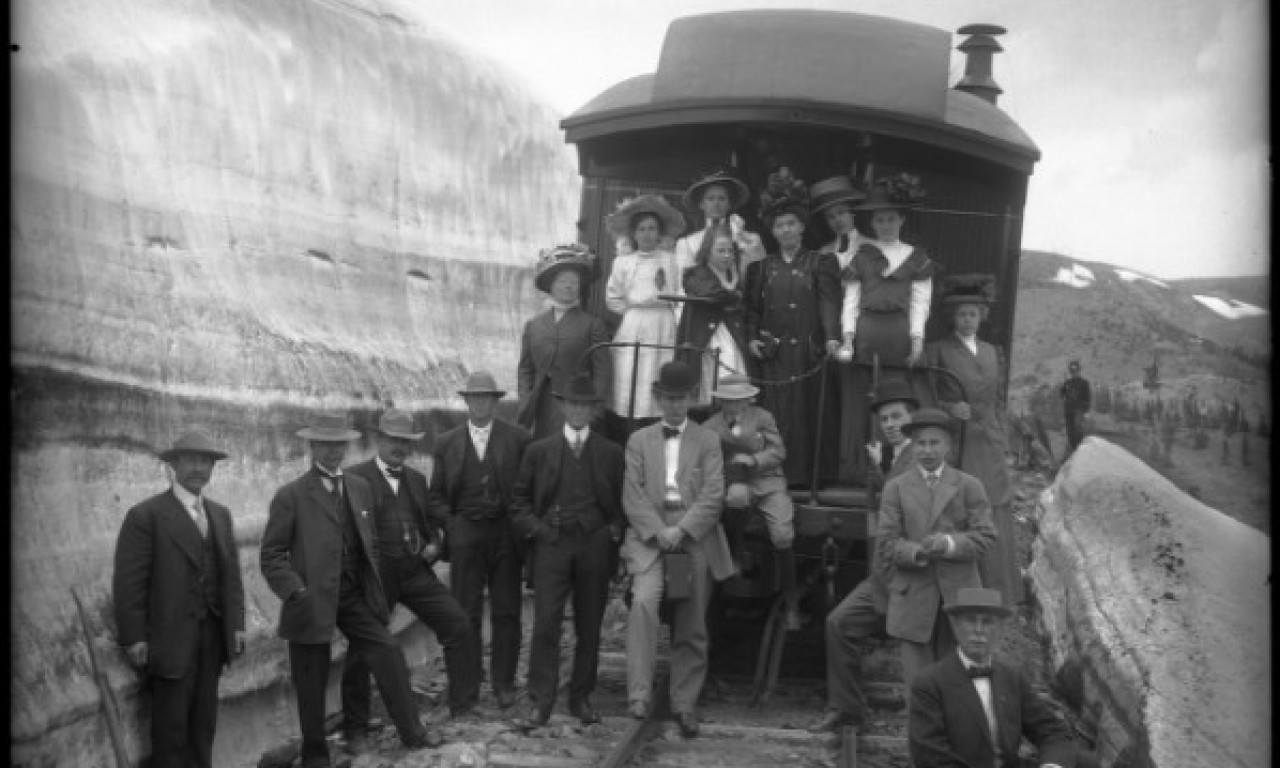 The Switzerland Trail wound its way up the steep and narrow canyons connecting mountain towns. The narrow gauge railroad made mining possible and profitable and eased the isolation of many mountain communities. In 1881, railroad fever ran high in Boulder, Colorado, when the Union Pacific announced it would build a narrow gauge railroad up Boulder Canyon. The Greeley, Salt Lake & Pacific Company was incorporated in July of that year with plans to build the railroad up through Boulder and Four Mile canyons, over the Front Range, through Salt Lake and eventually to the Pacific. By November 1882 the railroad had reached Orodel and by April 1883 the first passenger trail ran to Sunset, where the railroad reached the end of its line.

The railroad reduced shipping rates and time it took to transport supplies. Mines that could not operate efficiently without the railroad began producing. The railroad also improved the supply of coal for the mills and the regular delivery of mail and food. Improved transportation changed the lives of mountain- dwellers as well by making trips into Boulder for business or pleasure an excursions that could be done in a day.

From Ruin to Rebuilding

In the spring of 1894, snows filled the canyons and warm weather and spring rains caused a torrential flood that wiped out the Greeley, Salt Lake & Pacific line. The railroad was not rebuilt. Compounding this blow was the Panic of 1893 and demonetization of silver, crushing Caribou’s silver mining industry. The gold mines were quiet as well. When five Boulder citizens incorporated the Inter-Mountain Railroad Company in 1895, hope soared and gold mining picked up. Unfortunately, work on the new railroad was never started. Then, in 1897, the Colorado & North Western Railway Company was started and eventually rebuilt up the canyons reaching Sunset and eventually Eldora.

The prospect of the success of the Wall Street Gold Extraction Company was a factor in the decision to extend the line to Eldora. The success of the new process could lead to a new boom in mining, benefiting the railroad dependent on mining and the tourist industry. The new railroad was the pride of Boulder and treated many people to scenic trips into the mountains. Unfortunately the big mill at Wall Street failed and the financial Panic of 1907 caused the sale of the railroad in 1909. Soon the railroad began operating again under the name of Denver, Boulder & Western, serving the mountain communities and the excursionists.

The Switzerland Trail of America was named such because of the scenic trips it took its passengers on through the mountains. When the Stanley Steamer made its debut in 1897 it was an immediate success. In 1911, the first Stanley Steamer intended for scenic excursions took passengers up to the mountains, adding competition to the ailing railroad. People still loved the railroad and efforts were made to keep it running. The end of World War I slowed and stopped tungsten mining in the region, hurting the railroad’s ability to stay afloat. By 1919, it was operating at a loss. Then in July, a flood washed down the creeks and put an end to the famed Switzerland Trail of America.

Even though the train has long since stopped running, many people still enjoy its scenery while walking, biking, and horseback riding on this historic trail.