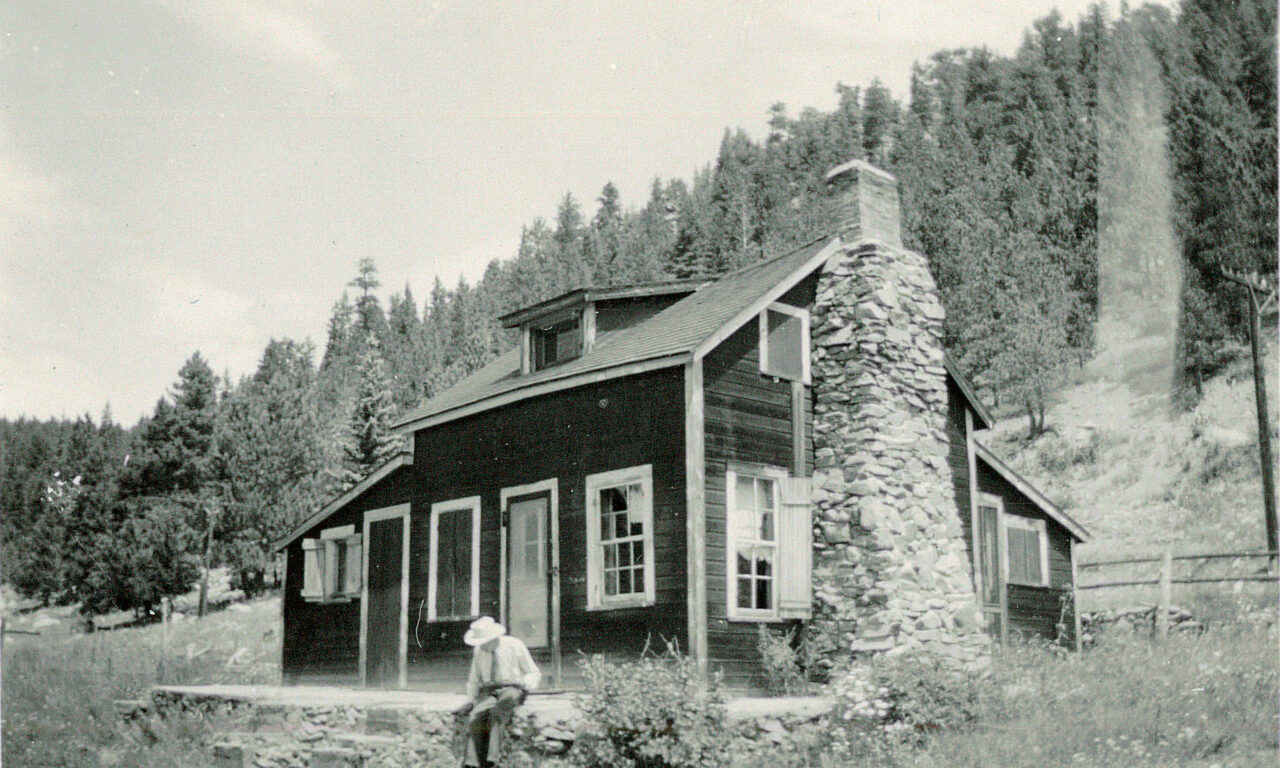 Once completed, the project architect prepares a report that prioritizes the work with cost estimates. Repairs on the Tucker Cabin will be completed over several years, as funding becomes available and the future use of the building is determined.  The historic structure assessment project embodies the county’s long-standing vision to preserve the rural character and cultural resources of unincorporated Boulder County by identifying and protecting significant historic properties and protecting them from destruction or harmful alteration.

The Tucker cabin is an enduring symbol of the Nederland area’s European-American history. Alfred Tucker was born on Nov. 30, 1820, in Tennessee. Like many others, Tucker was lured to the West, most likely because of the discovery of gold in Colorado. He made his way to Denver City, then part of the Kansas Territory, in May 1859. Tucker’s arrival, along with 17 others from Clinton County, Illinois, on May 28, was noted in the Rocky Mountain News.

Although most often identified as a farmer or rancher in public records and newspaper articles, Tucker is also linked to numerous mining location claims that include the Sampson, Flagg, Ross, Grand Tasora, Plow Boy, Nellie Grey, and Sitting Bull lodes. Tucker was one of the organizers of the Magnolia Consolidated Gold Mining and Concentration Company, incorporated in 1876, as well as one of the founding trustees of the Jefferson Ditch Company, formed for the purpose of irrigating, manufacturing, and mining.

Tucker and his wife, Margaret, amassed substantial agricultural land holdings in Jefferson, Boulder, and Larimer counties during their lifetime. The 324 acres of land surrounding the Tucker cabin is referred to as the “Mountain Ranch.” Evidence suggests that the Mountain Ranch remained a secondary property to the Jefferson County “Home Ranch” where the Tucker family resided.

The Mountain Ranch remained in the Tucker family for 148 years (from 1871-2020), most likely serving as a livestock ranch, a place to harvest peat, and a summer residence for the family.

Upon his death at the Home Ranch in 1880, Alfred Tucker was identified as one of the oldest citizens of Jefferson County. Alfred, and his wife, Margaret, are both buried at Mt. Olivet Cemetery in Wheat Ridge, Colo.

Boulder County purchased the 324-acre Tucker property from the M.A. Tucker Investment Company in 2020, and the Board of County Commissioners landmarked the cabin and outbuildings in 2021 for their historic significance. The cabin is not currently open to the public, and its future use has not been decided.

Weaving Tucker’s mining past into an interpretation opportunity, BCPOS is considering making the cabin a stop on the seasonal

Hard Rock Mining van tours where participants could view the outside of the cabin and learn more about the very interesting 59’er, Alfred Tucker.