A Show Below the Snow: The Subnivium 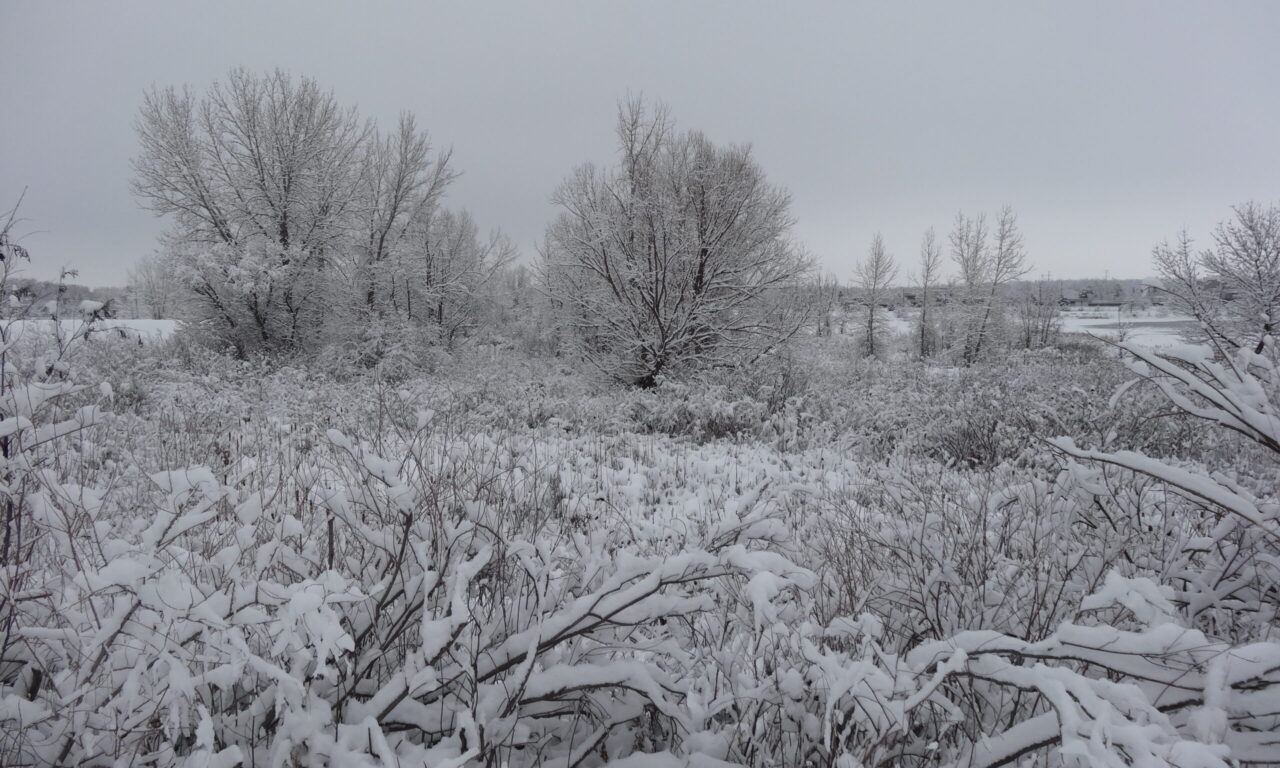 Many descriptions of the subnivean zone make it sound idyllic—a balmy and peaceful refuge from the ravages of winter. If it were only about temperature, I’d agree, but if you’re a mouse or vole, the subnivium is more like the Wild West than Palm Springs.

Before we dig into the perils of this microclimate, let’s indulge in a moment of Latin to get our bearings. “Sub,” means below and “nivium,” means snow, so we’re talking about what’s going on below the snow, and it turns out there’s way more than you could imagine.

First off, a few things have to happen to form the subnivium. Around six to 10 inches of snow have to accumulate on top of irregularly shaped vegetation. When these grasses and branches bend under the weight of the snow, they form little arches that keep the snow from touching the ground, resulting in pockets of open air. The earth emits warmth that fills up these pockets, eventually heating the bottom layer of the snowpack until it transforms the snow into water vapor in a process called sublimation. This process creates an icy and insulating roof, so that even when the temps are way below freezing outside, it’s a relatively comfortable and continuous 32 degrees in the subnivium.

Danger for Wildlife, A Boon for Plants

There’s a high price for this luxury though; the risk of murder, drowning, starvation, as well as home theft and destruction. All sorts of beings spend time here: insects, rodents, small mammals, even a bird or two—but mice and voles are the stars at the center of this drama. They’re not only the masterminds behind the tunnel system, expanding the original air pockets into a long and elaborate network of tunnels, they’re also some of its most popular prey.

The slender ermine, a weasel in his winter coat, is perfectly designed to slide into their tunnels—and boy are they hungry (they must eat about half their body weight daily). After getting their fill on mice or voles, sometimes the ermine thinks the digs are so nice they decide to make them their own. If the rodents manage to escape the ermine, they still have to contend with threats from above. Owls, foxes, and coyotes can hear mice and voles scurrying under the snow and will attack their prey with much success, despite the inability to see it.

If the mice and voles manage to survive attempted murder and house theft, they still have to contend with starvation and drowning. As we get closer to spring, temperature fluctuations cause melt and freeze cycles, which can trap the tiny mammals away from their food caches and even their families. They might have some seeds, roots, or bark where they get stuck, but those resources can last only so long. Then, when spring finally arrives, the end of season snow thaw, along with spring rains, can cause water to surge through the tunnel system like a flash flood, drowning its inhabitants.

Is the subnivium a safe place for mice and voles? No, but there’s no such thing as a safe place (except maybe your garden!). But is it safer than the alternative? Yes.

The subnivium is plenty safe for plants, though. The subnivium is nature’s winter greenhouse: it not only protects plant roots from freezing, it also allows sufficient light for low level photosynthesis. As if that weren’t plush enough, plants also get mice and voles running around and pooping on their soil, fertilizing their root systems. For alpine plants with a short growing season, the enriched soil is a real boon; they can start growing before the snow melts.

Given the inevitable buildup of carbon dioxide as the lucky plants “exhale,” you might be thinking I missed the peril of asphyxiation. It was previously thought that CO2 poisoning was a threat to mice and voles, and that’s why they built air shafts to vent the poisonous gases, but recent experiments suggest that they actually don’t give a rat’s behind. Given the challenges they face, I think they deserve a win.

If you want to lay your eyes on the subnivium, poke around the edges of tree wells and big rocks and you might discover a tunnel entrance or two, just don’t fall in!