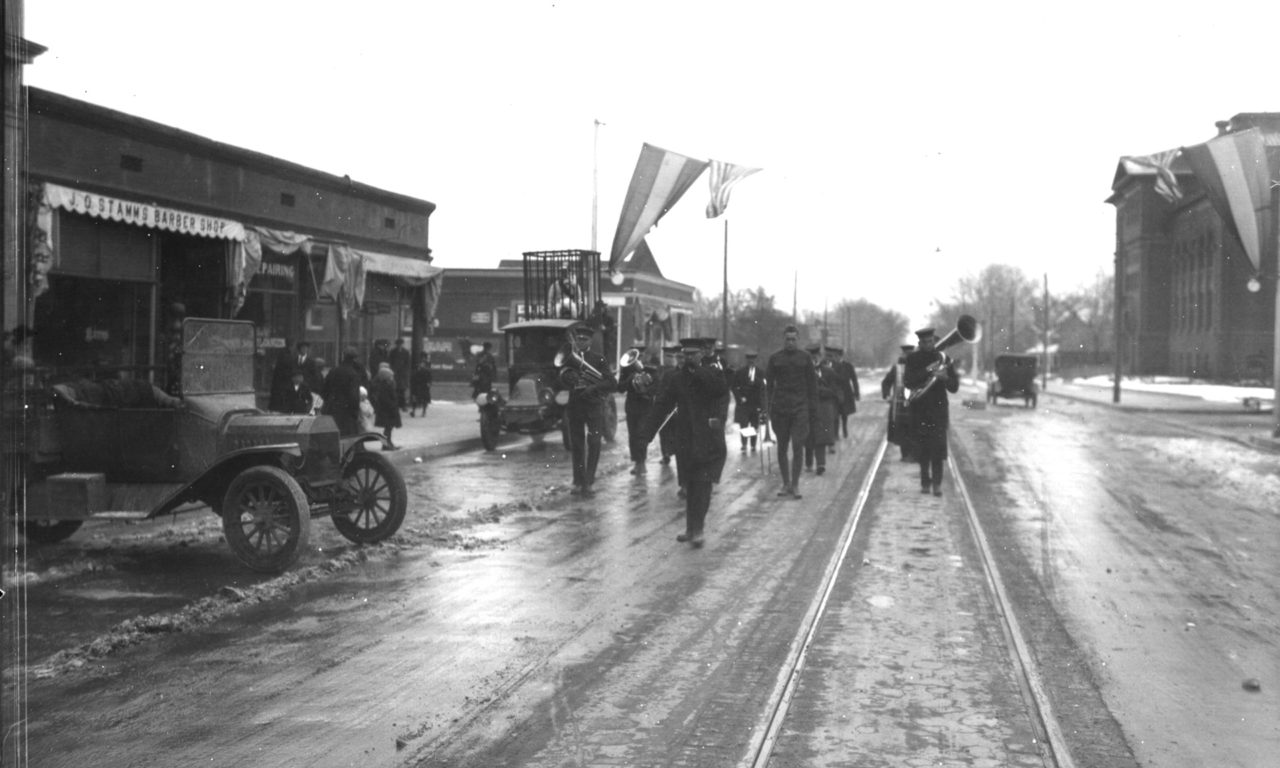 The “firsts” of WWI

More than 10 million military were killed and almost as many civilians. Four empires disappeared: the German, Austro-Hungarian, Ottoman, and Russian empire. The Spanish Flu pandemic also killed an estimated 20 to 50 million people; more American military died of Spanish Flu than of battle wounds.

The first Armistice Day celebration was held at Buckingham Palace on Nov. 11, 1919, and included two minutes of silence to respect the war dead and those left behind. Known as Remembrance Day, it continues to be celebrated every year. President Woodrow Wilson made a proclamation commemorating the first anniversary of Armistice Day.

In the British Commonwealth, it is also known as Poppy Day. The Poppy Lady from France, Madame E. Guérin, was a teacher, lecturer, fund raiser and humanitarian during WWI. For her work she received two awards from the government of France, and the Victory Liberty Loan Medallion from the United States. The poppy was her symbol. She spoke at the American Legion Convention of 1920. The Legion adopted the poppy as their symbol of remembrance of Armistice Day.

The poem “In Flanders Fields,” written by Canadian physician Lieutenant Colonel John McCrae, references poppies. The poem was a remembrance of a fellow soldier after the Second Battle of Ypres. It was written in May 1915 shortly after the battle and published that December and was widely popular. The last line is: “We shall not sleep, though poppies grow in Flanders fields.”

After 26 states declared Nov. 11 a state holiday, the U.S. Congress passed a concurrent resolution in 1926 calling for the flag to be displayed from government buildings on Nov. 11. President Coolidge issued a proclamation calling for appropriate ceremonies to mark the day. Twelve years later, in 1938, Congress passed a law making Nov. 11 a national holiday to be known as Armistice Day, dedicated to world peace and to honor veterans of WWI.

In 1968 Congress passed the Uniform Holiday Act ensuring a three-day weekend for federal employees for Washington’s birthday, Memorial Day, Veterans Day, and Columbus Day. Veterans Day would be observed on the fourth Monday in October. In 1971 the first three-day-weekend Veterans Day was observed with considerable national confusion, and in 1975 President Ford signed a law moving Veterans Day back to November 11.

In the United States there are three days to honor people who served in the military: