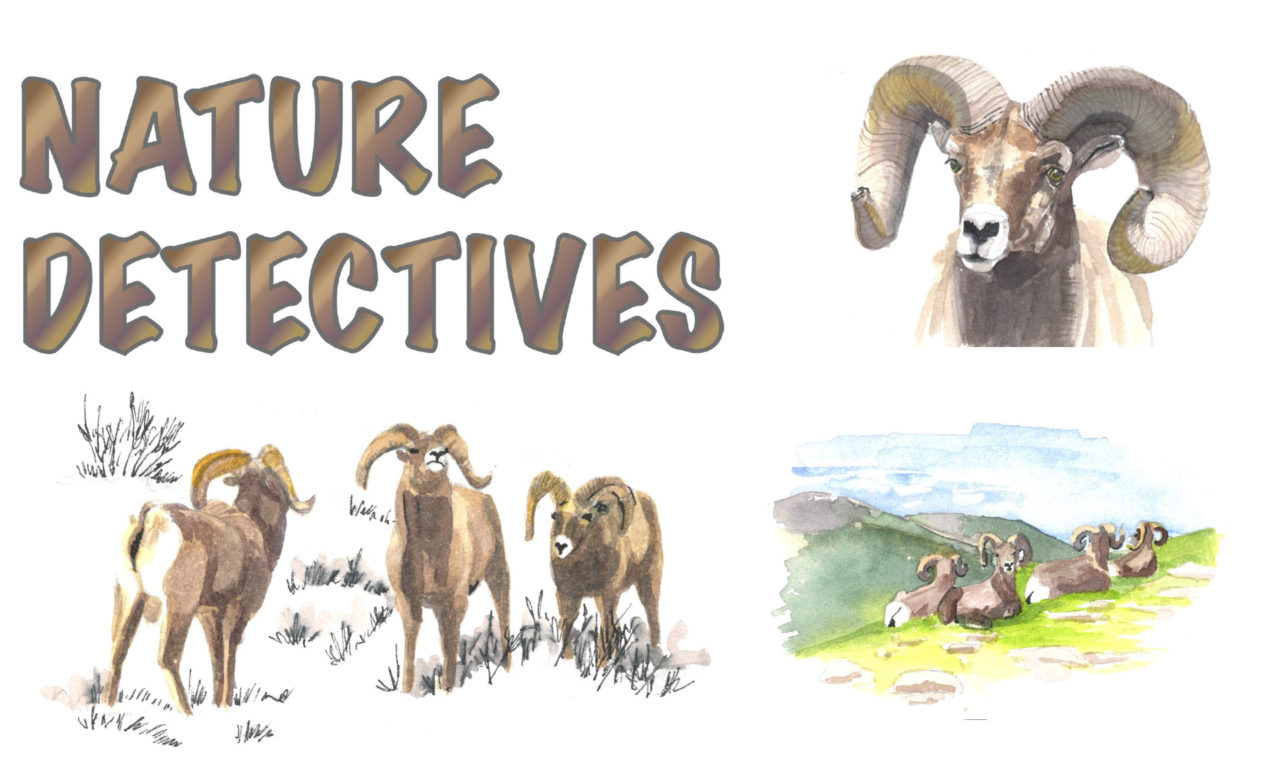 The chilly air smelled like fall, and young Ramekin was confused. During the weeks since he’d joined the band of rams (male sheep), they’d spent their days calmly eating and resting. But that fall day, the mood turned tense. Ramekin saw some of the older rams in staring matches.

Even though he was a young ram, he knew staring was not acceptable. Staring was rude! Yet the bigger males glared at each other and flaunted the size of their head gear. Standing majestically posed, the rams purposefully moved their heads to show off their thick, curved horns. 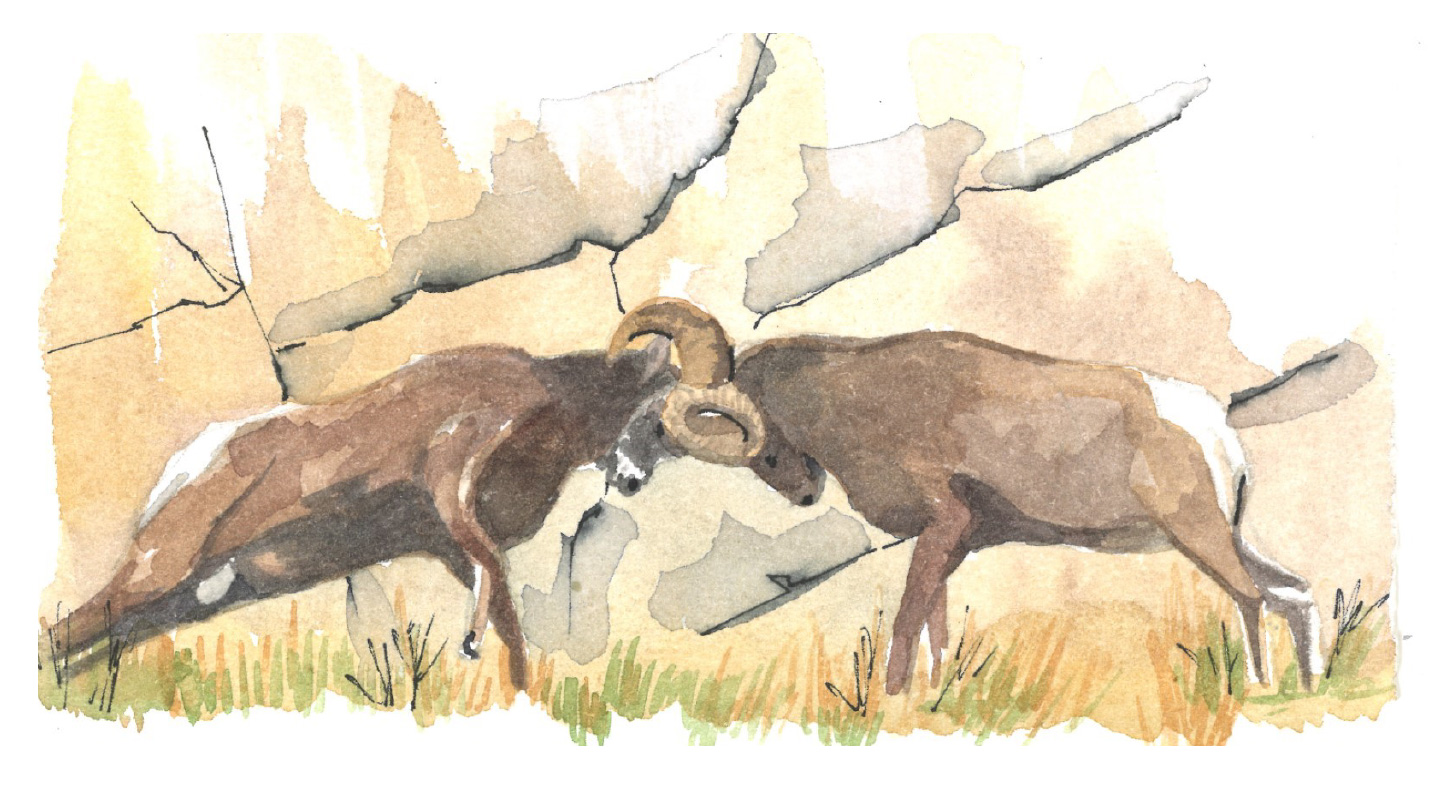 Ramekin had wandered into the bachelor band at the end of summer after quitting the band of ewes (females) and juveniles he’d lived with since he was a newborn. He was almost three that summer, and he’d instinctively realized he must move on. Like a human teenager, he’d grown as tall as the females. He was restless and strong. He’d started butting and kicking out at the others. One day he’d use those moves to establish his rank among the adult males, but his practicing had become an annoyance to the ewes.

Mid-fall, the band of rams moved to a new location, and the ewes and youngsters moved into that area too. Ramekin witnessed rams sizing up each other’s horns and butting shoulders. Rams with smaller horns walked away.

The rams’ wise old leader stood near one of the ewes, then a second large ram moved close. Many of the bighorns paused to watch what would happen. The old ram kicked at the challenger with a stiff front leg. The hostile stares of the two rams intensified. The combatants moved apart a few yards. Then they turned, glaring at each other. Suddenly they reared up on their back legs, and charged at full speed. Crack! With all their weight supported on their muscular front legs, the two males bashed heads. Their curved horns crashed with an explosive sound that echoed down the valley. With only
brief rests, the rams clashed again and again.

When both rams were exhausted, the old leader stood tall and watched his rival stagger away. The victor had won the right to father most of the lambs…at least for one more season.