Women Get the Vote in Colorado 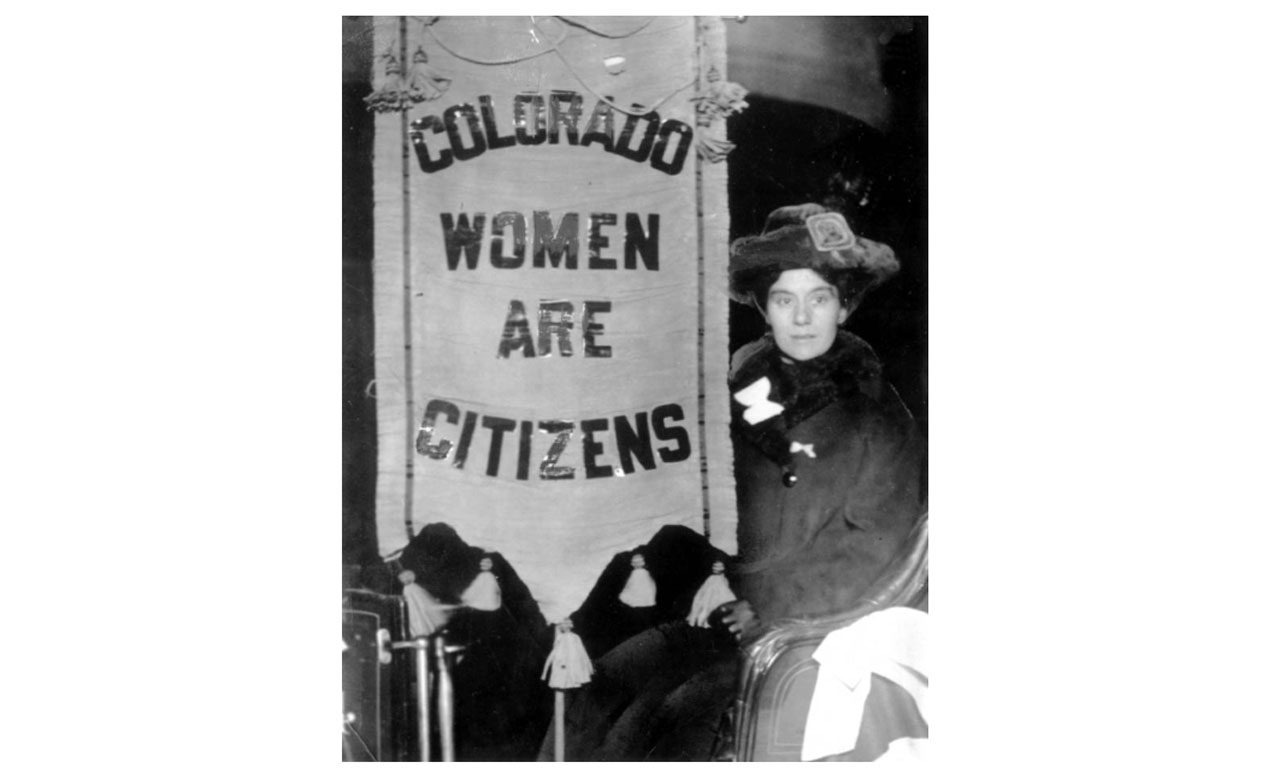 August 18, 2020, will mark the centenary of the final ratification of the 19th Amendment to the United States Constitution giving all women the right to vote in all elections. Colorado was one of the first states (back then it was still a territory) to consider the women’s vote—in January of 1870—just a year after Wyoming Territory became the first place to give American women the right to vote.

In a Boulder County connection, Mr. A. K. Yount made a motion to strike the word “male” in, “That every male person over the age of 21 years, possessing the necessary qualifications, shall be entitled to vote.” He insisted that justice required that women should help make the laws by which they were governed. Unfortunately, the measure lost 24 to eight that year. It was next presented on a ballot to the voters in 1877 and lost by over 50 percent. Many national suffrage leaders, such as Susan B. Anthony, spoke throughout the state to no avail.

Ahead of the Times

Finally, women did receive the right to vote in all Colorado state and local elections by a second referendum on November 7, 1893. This was 17 years before the ratification of the 19th Amendment. Amos Steck, a Republican from Denver was an advocate for woman’s suffrage through all the intervening years. “What we insist upon is the opportunity for women to choose for themselves what they are best fitted to perform. And to that end we insist that women be clothed with the ballot, to enforce their claims to enter upon any of the labors of life for which they may deem themselves qualified equally well with man…” Other populist and progressive Republican leaders and a majority of newspapers vocally supported the measure. The main opposition came only from bar owners and brewers who feared this amendment would bring the prohibition of alcohol to the state. It did, eventually, but only a few years before national prohibition.

The following year, 1894, three women, Clara Cressingham, Carrie C. Holly, and Frances S. Klock, were elected to the Colorado House—the first women to be elected to a state legislature anywhere in the United States. In other legislation, women helped institute a model juvenile court system, the right to homestead property, and be considered head of their households if they were their family’s main support.

The other interesting part in the road to national suffrage was that activism had died down on the national scale. The progress in Colorado sparked a reactivation of the national suffrage movement into the 20th century. This groundswell manifested a large organized march on Washington D.C. in March 1913 which many women from Colorado attended. It equaled the dedication of the recent women’s march in the nation’s capital 104 years later. It is often referred to as the turning point for the passage of the 19th Amendment.

Unfortunately, when the 19th Amendment was passed on June 4, 1919, Colorado was not as much in the forefront of getting its own ratification done quickly. It was the 22nd state out of the 36 to ratify on December 14, 1919. The House, Senate and Governorship in Colorado were held by Democrats through 1918. At the time, that party was not much of a supporter of national suffrage. In fact, President Wilson was against it until that year. It is believed he finally changed his mind when he saw how women supported the nursing and Home Front efforts of WW I. Another sidelight is that eight states didn’t ratify the amendment until between 1950 and 1970.

So, in the final analysis, Colorado was an early scout on the trail to women’s equal rights, but got side tracked on an undesignated trail near the end of that destination.