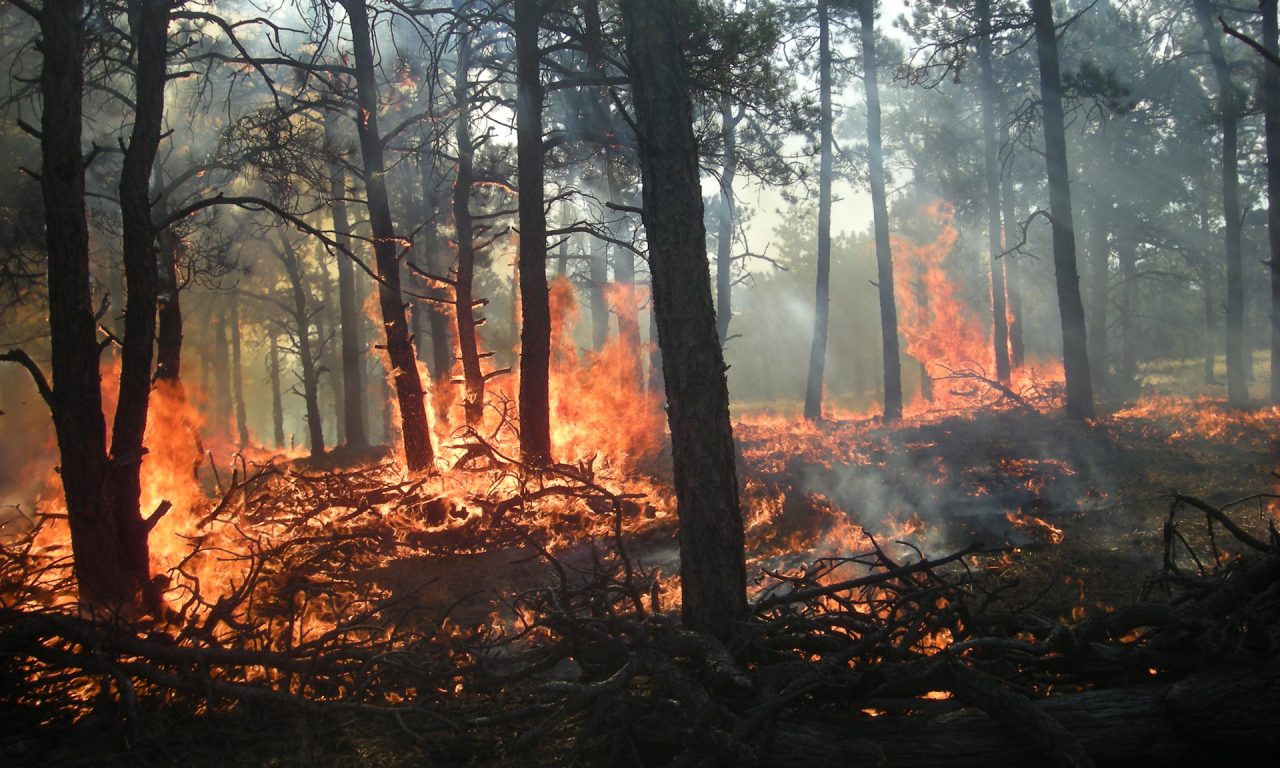 In 2015, Boulder County Parks & Open Space (BCPOS) was awarded two grants to create defensible space around 99 structures on 15 county open space properties. We received a $306,212 hazard mitigation grant from the Federal Emergency Management Agency (FEMA) and a $345,000 wildfire risk reduction grant from the State of Colorado. In addition, Boulder County spent $29,212 on the project that was completed in late 2017.

The primary goal was to create an area between structures and oncoming wildfires where flammable materials have been managed to reduce threats, allowing firefighters to safely defend structures. The defensible space extended at least 100 feet around each building cluster, with a two-zone approach of varying mitigation methods. An important element for the project was the value of the historic buildings and cultural landscape.

The project included audits for each site to identify concerns for mitigation for project planning. Then, “property prescriptions” were created that reconciled the contractor’s audit with other management objectives such as cultural, environmental, and public use concerns.

Defensible space activities were based on the following objectives for these zones:

Zone 1A: Within five feet of each structure, create a perimeter that is easy to maintain and defend by removing flammable materials and reducing flammable connections between the structure and the landscape.

Zone 1B:  Within 15 feet of each structure, remove all trees that are not historically significant as well as limit large flammables and manage vegetation to limit fuel sources and continuity.

One of the open space properties included in the project was the Blue Jay Mine in the Jamestown area. Aggressive thinning was done in the forest below the structures, as well as some thinning in the forest above the structures. That work increased crown spacing, and decreased fire intensity in the case of a wildland fire. The thinning also compliments the 160-foot wide meadow where structures are located acting as a break to the heavier fuels and potential crown fire.

Blue Jay mine: Progression of Protection

The Blue Jay Mine is a late 1930s to early 1940s fluorspar mining operation southwest of the Town of Jamestown. The Blue Jay Mine began operations as early as 1903 and continued to operate as the demand for fluorspar fluctuated through the Great Depression, World War II, and peacetime manufacturing. The Blue Jay Mine is historically significant for its contributions in making Boulder County one of the nation’s principal producers of fluorspar, a mineral important in smelting steel, and as a rare example of a small fluorspar mine consisting of a hoist house, head frame, and ore bin.

In 2000, Boulder County purchased the property and surrounding 41 acres to preserve the property as open space and its historic surface features. As a testament to the Blue Jay Mine’s importance to county’s mining history, the property was landmarked in 2007. The property is open to the public with a hiking trail passing through the property to adjoining U. S. Forest Service lands.