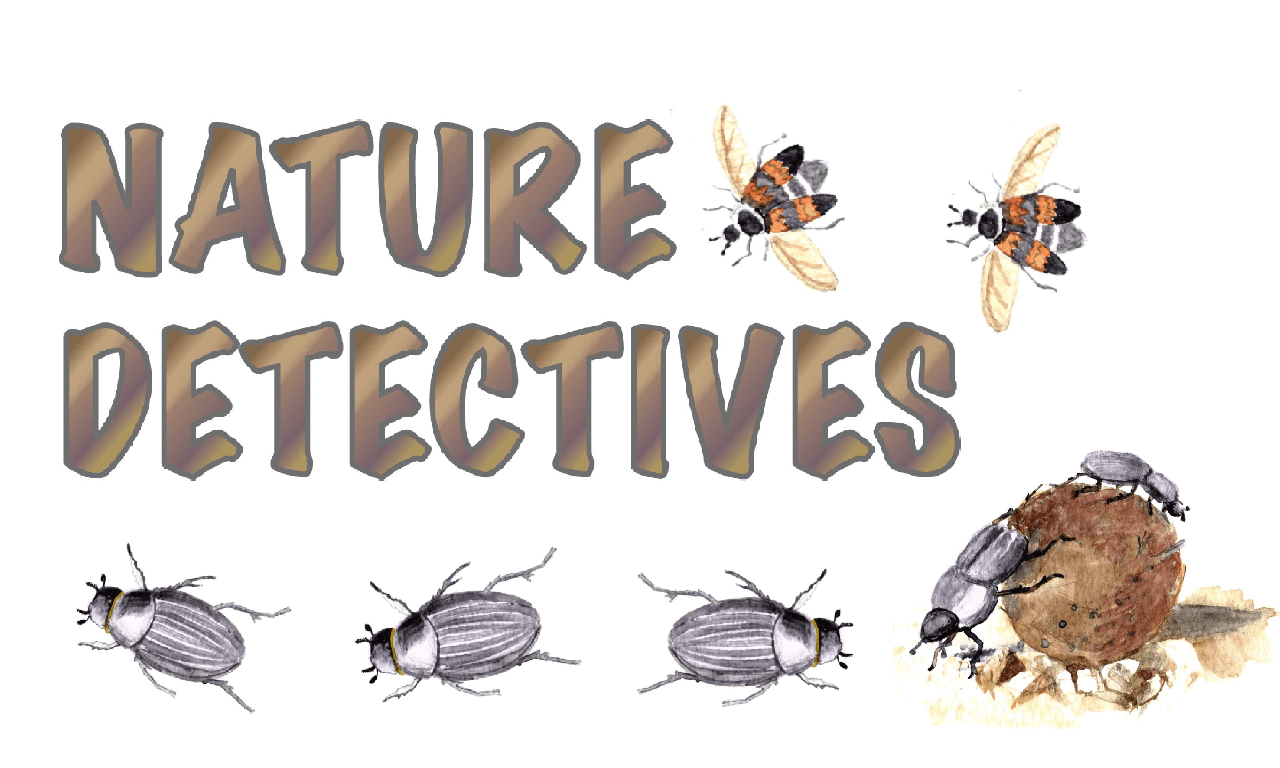 Bees and other pollinators get a lot of praise. That’s good because they play a vital role in the lifecycle of plants. But don’t overlook the beetles that reuse and recycle poop and dead animals. Without dung beetles and burying beetles our world would not be so sweet. Picture in your mind what your street would look like if nobody ever picked up the garbage. Yuck! Did you ever wonder what happens to all the “garbage” in nature? These cool beetles take care of part of it.

Dung beetles deal with poop such as cow dung and deer droppings. Unfortunately, they say “No thanks!” to dog poop. They prefer the dung of mammals that eat plants.

Some kinds of dung beetles roll poop into balls that weigh more than the beetles. Like miniature acrobats, they propel their sphere over the ground. The male beetle pushes while the female sits on top of the ball and turns it with her legs. Their goal is to roll it into a tunnel they’ve dug for a nest site to raise their young.

Burying beetles are a type of carrion beetle. They specialize in actually burying their carrion (dead animal) discoveries. They typically deal with the bodies of mice and small birds.

They begin by digging a pit underneath the carcass. Strange as it may seem, they remove the fur or feathers from their find. As they work, they line the pit area with that fur or feathers. They also remove the skin then push the body into a round shape. The process of burying the body takes hours, and they still have work to do to make it ready to nurture the larva stage of their young.