Survivor of the Cold Slopes 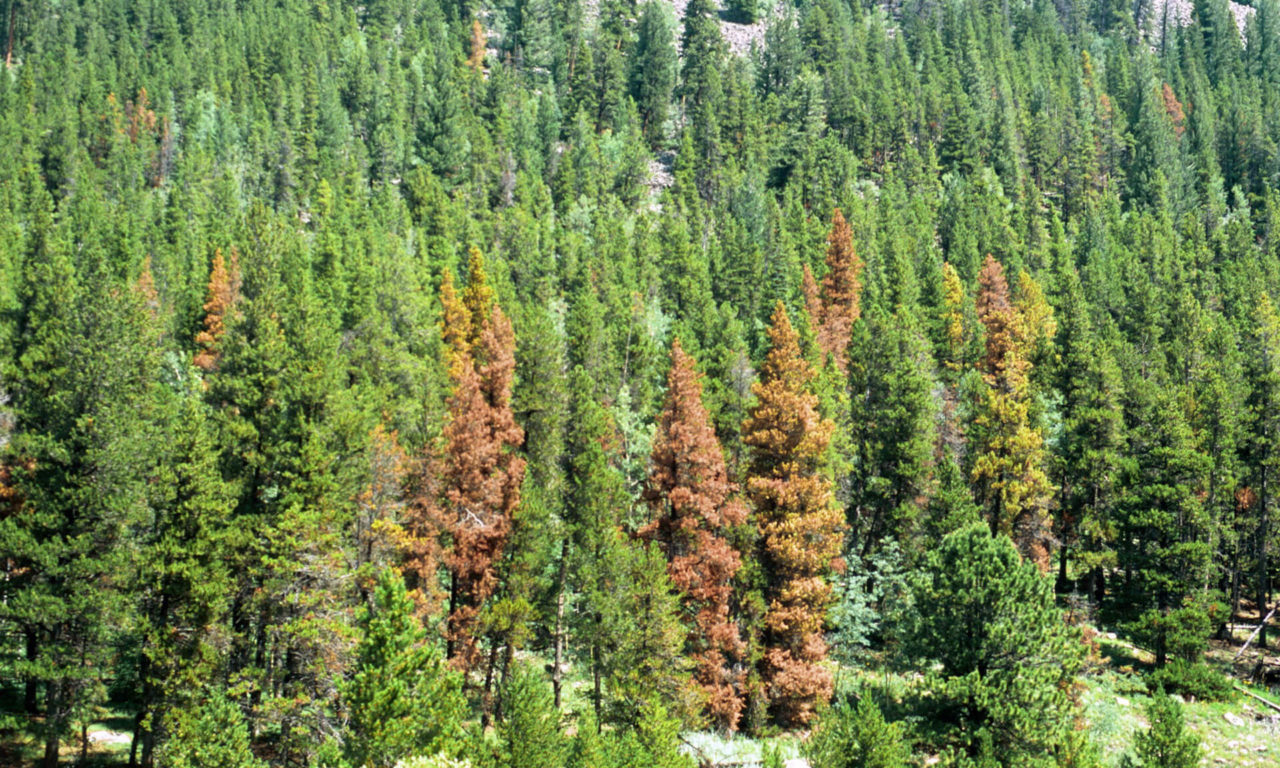 Lodgepole pine survives in the austere elevations between 8,000 to 10,000 feet in Colorado, although it is found extensively over the western states.

In Colorado, this pine, (Pinus contorta subspecies latifolia), covers about 1.5 million acres affording shelter for deer, elk, and bear as well as birds and smaller mammals. Thus, it is an essential part of the subalpine and montane ecosystems. The tree has very adaptable growth habits. Dense stands have upright trunks with narrow sparse crowns and shedding of the lower branches, although conical fuller crowns develop when trees are widely spaced. The straight trunks made these trees a choice for the supports of tipis and lodges, leading to its common name, the lodgepole pine. Why is the Latin name contorta? At higher windy elevations or coastal windy elevations, the trees will grow twisted. Native Americans also utilized lodgepole pine as a source of medicines and as a food from the growing cells under the bark.

As characteristic of a pine, the tree grows medium-length (one to three inches) flexible needles, generally in pairs, that last about three years before dropping. Both male and female cones are borne on the same trees which can be as young as 10 to 15 years. Female cones have sharp spines on the scales near the tip, and they are adapted to the fire-associated lifecycle of the lodgepole. They can be retained for up to 20 years with seed viability, enhancing the possibility that they would survive fires on older trees which develop a protectively thicker bark. For some trees, cones open on drying to allow seed drop. However, many lodgepole have serotinous cones, with scales sealed by resin retaining the winged seeds. With the heat of a fire, this resin softens, scales open and seeds fall to the fire-cleared ground to grow with little shade interference forming extensive uniform stands. “Dog hair” forest stands are typically established after a fire which naturally recycles a stand at 100 to 200 year intervals. Maximum tree age is about 400 years with tree vitality decreasing between 120 and 140 years. Seeds overwinter and germinate with spring snowmelt and rain, and rapid seedling growth continues to limit competition from other ground covers.

Lodgepole pines establish on poor soils, such as granite and shales, and steep mountain slopes. Root formation adapts to access nutrition, in part boosted though colonization by ectomycorrhizal fungi. Fungal hair-like extensions extend into the earth funneling nitrogen, phosphorous and water to nurture tree growth, in return for carbon photosynthate from the pine needles. The underground ectomycorrhizal net interconnects roots of different trees acting as a communication conduit to spread resources. Mushroom outcroppings from the fungus are observed popping through the duff around the tree bases for their spread.

Currently, climate variability is stressing Colorado’s lodgepole forests. Drought and high temperatures weakened defense against the mountain pine beetle resulting in extensive tree kill, creating unsightly vistas of dead trees which are possible fuel for “hot” forest fires. While some might consider the blue-stained wood left behind by the pine beetle unsightly, many people prize it for its unique appearance and use it in art and building.

Although this beetle is a normal part of the ecosystem, large epidemic populations have affected the west due to increased drought and stress, along with the lack of age diversity stemming from heavy timber harvesting in the late 1800’s. Over 50 percent of Colorado’s lodgepole pines are also stressed by invasion with dwarf mistletoes, which steals the photosynthate for its own growth as a mass of bumpy stalks. The stress promotes challenge by insect pests and, with extensive growth, causes tree death.

Management strategies are being researched to sustain the lodgepole pine for its beauty on the mountainside, its keystone role in mountain ecosystems, and for its commercial value as a source of solvents and timber products.