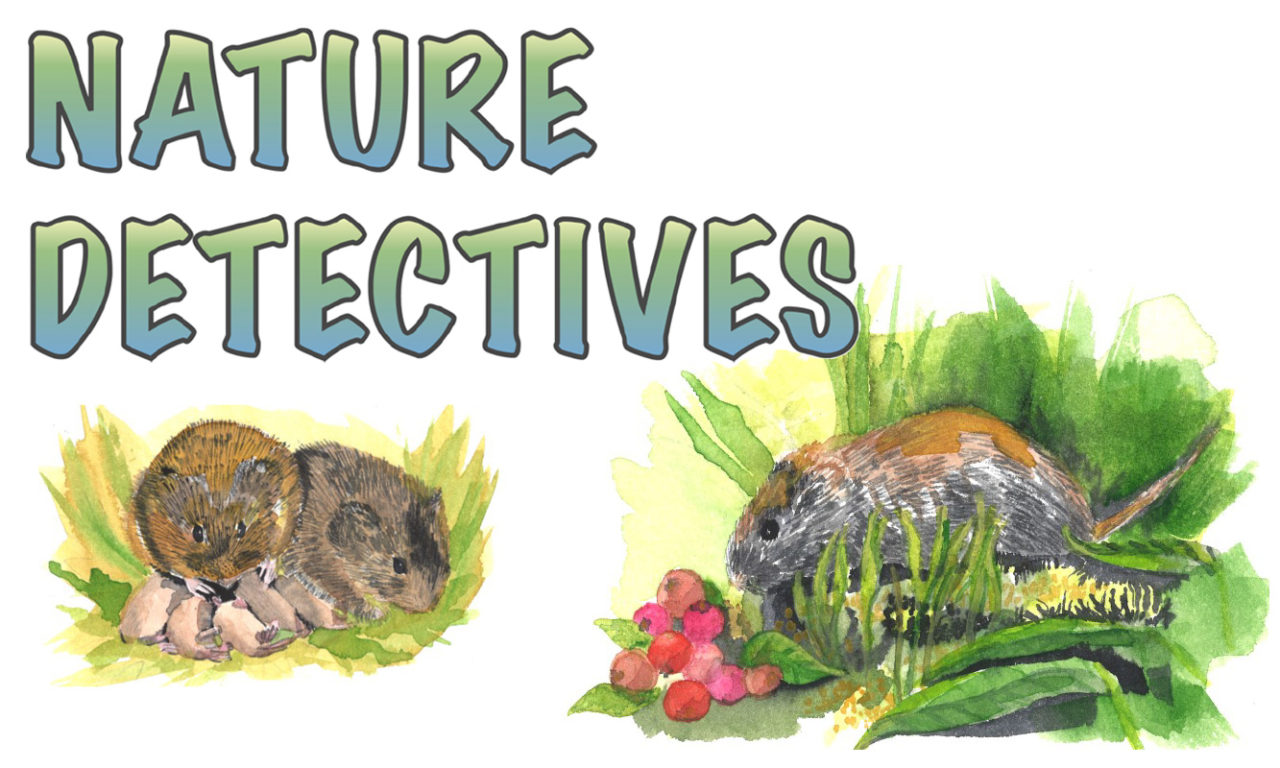 Meadow vole left the burrow where she was born in early spring. Six inches long and only five weeks old, she was a fully-grown adult. She set off to explore her world, searching through thick grasses until she found a good spot for digging.

She dug a shallow burrow under a protective rock near a creek. Starting from the entrance hole, she began nibbling plants to make a runway. Her almost two-inch-wide runway was a trail along the ground, trampled by her quick footsteps and sprinkled with chewed off bits of grass and other plants. Her runway grew longer with many side trails as she gnawed her way through lush meadow vegetation. Her paths meandered around trees and shrubs. Tall plants draped over the runways, partially hiding Meadow Vole as she scurried along to her next meal.

Nearby male voles soon caught her scent and became her mates. During the warm months, Meadow Vole had a new litter of babies every few weeks. The males lived in their own burrows and didn’t help raise the babies. By the time winter came, lots of little voles had departed to find homes of their own.

Hide Below the Snow, Meadow Vole 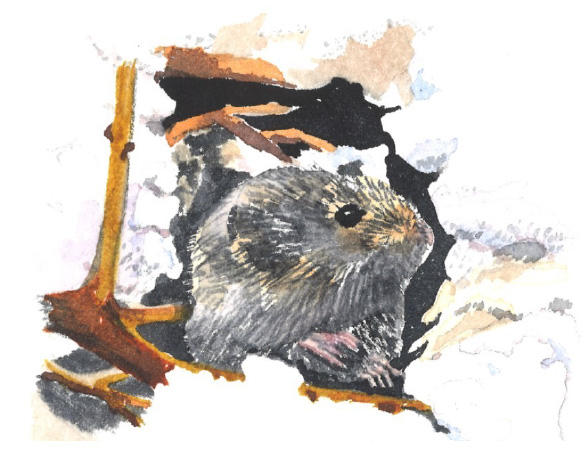 Winter weather shriveled the plants beside Meadow Vole’s runways. Long grasses no longer hid her from her enemies– the fox, coyote, bobcat, hawk, and owl. A dusting of snow made her even more visible to their hungry eyes.

What a wonderful change when the snow grew deep!

At the bottom of the snowpack, warmth from the ground kept the air much less chilly than the cold winds above the snow. Tunneling through sugar-like snow crystals nearest the ground was simple.

Meadow vole added exits and air vents beside trees and under shrubs. Living under the snow made it harder for her enemies to find her. She would only abandon her cozy world when melt water flooded her snow tunnels.