40 Years In the Future 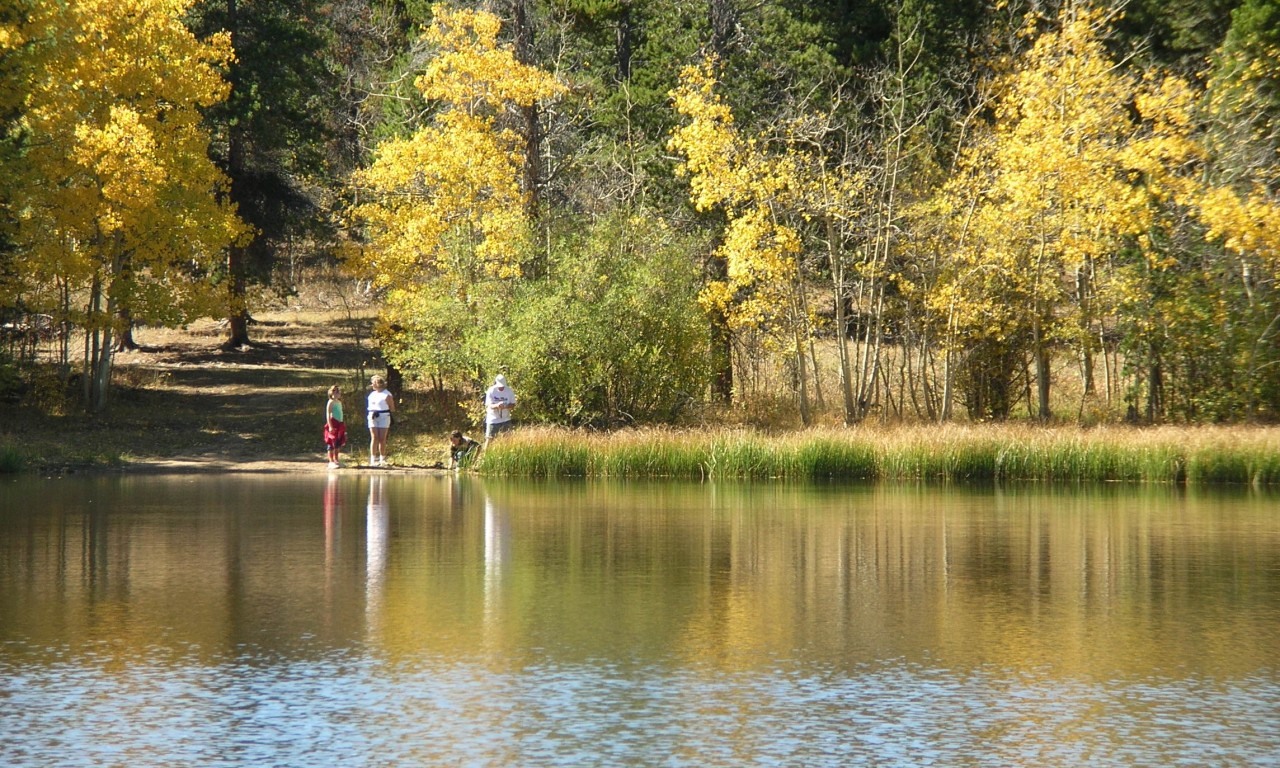 We often equate time scales to our own lives, and as Boulder County Parks and Open Space (BCPOS) just concluded its 40-year anniversary, this “middle-age” is a natural time to look ahead. What do we expect the county to be like over the next 40 years? Well, before we look too closely at tea leaves and crystal balls, a couple of points will help us visualize the future.

First, the past 40 years will be a bellwether of the trends we can expect in the next 40 years. Of course we look at the past to understand the present and generally predict the future, but studies predict that the fundamental changes that have occurred in Front Range population trends and climate conditions since 1975 will consistently continue into the middle of this century.

Second, what has occurred in the past 40 years here in Boulder County is a microcosm of national and global population and climate trends. While Boulder County is unique, we’re subject to some of the same massive forces shaping the state, the nation, and the planet. Reduced to bumper sticker sound bites, our actions are both global and local, and we have been the change in the world! The good news for Boulder County is that generally, we have been able to accommodate to these changes thus far.

Continuing to Adapt and Face Challenges

We’ll need to remain adaptable in order to survive and thrive in the future. As we reach climate change thresholds, as extreme weather events become more common, and as habitat destruction erodes the diversity of life, this will become more and more challenging, especially if we continue to fail at limiting our carbon footprint. However, if there is a place that can remain a source, not a sink, for our interconnected natural and cultural communities, this is it—Boulder County. And, our landscape and open space program helps reduce our vulnerability to the changes that will be facing us. Here’s why:

Our diverse topography and environment provide climatic range for species and ecosystem adaptability. As Boulder County warms, our relatively cooler, higher elevation areas could provide refuges of temperature ranges for species. By mid-century, our temperature averages will make Boulder feel like the Pueblo of today (a 3.5-5.0 degree F increase), but Jamestown will feel like the Boulder of today. While the wholesale movements of ecological communities and species will be complex and unpredictable, at least in Boulder County with intact, protected, and connected habitats rising to 14,000 feet, we have a geography that is receptive to change and less vulnerable than other places, such as counties in eastern plains. However, warming will lead to other climatic shifts—generally drier conditions, but more extreme precipitation events that will change the way our natural systems receive moisture (e.g. more rain, less snow, early snowmelt-runoff, decreased annual streamflows, more wildfires, etc.).

What will the county be like environmentally in 40 years?  Perhaps our grassy plains will contain more southern species while the western part of the county will have a younger forest (due to more frequent wildfires) that has begun to migrate a thousand feet up in elevation. Tundra species, such as pikas, may be squeezed up and off of mountains, disappearing along with our relic, “little ice age” glaciers.

The county has been able to accommodate a population growth analogous to that of the planet as a whole. There were just over 4 billion people on Earth in 1975 and we are currently just shy of 7.4 billion. In the county, we grew from 167,000 in 1975, to nearly 310,000 this year. This has come at some effect and cost, but we have been able to control it—in no small part due to the numerous open space programs in Boulder County. How well are we situated to accept another near-doubling of our population in the next 40 years? Well, here’s where our county’s attention to this dilemma will change the trajectory we have inherited. One caveat as we discuss future population—the State only projects the county population out to 2040, and at that point, they estimate Boulder County to be at 396,000. So, instead of nearly doubling as we have the last 40 years, Boulder County and the Denver Metro area are projected to grow by another 27 percent. However, the northern metro area is anticipated to continue growing rapidly according to Denver Regional Council of Governments (DRCOG), especially Weld County that is likely to double in size from 284,000 to 569,000 in 2040.

Many of us who have lived here are acutely aware, the last 40 years has seen one of the greatest periods of population growth at all scales—globally, statewide, and locally. Some of the plains towns such as Lafayette and Louisville experienced exponential growth in the last 20 years as they grew from populations of around 5,000 to nearly quadruple those sizes now. But thanks to the county’s open space program that worked in cooperation with these and other towns, the Boulder County portion of these places are not expected to grow much more, as there is little land remaining to be developed. Most of the developable properties are within the cities. This is the fruit of the visionary comprehensive planning from the 1970s and it is what we anticipated our sales-tax funded open space program of the 1990s would do as it preserved the county’s remaining agricultural lands and large foothill properties. It’s almost a necessary consequence that as our cities face growth, transportation, and affordable housing challenges, they have become more densely developed. But, there are limits and open space has shaped those and will continue to do so in the next 40 years. That said, an ongoing challenge will be how our county reacts to continued population growth envisioned just to our east.

The Importance of Open Space in the Future

The importance of public land and open space in this county is very difficult to overestimate. The value of open space, recognized here over 40 years ago, is now becoming a statewide concern (e.g. Colorado the Beautiful initiative). Our cost of living and housing reflects this singular aspect of the place and, as the demand has risen, the economic value of this quality and character has followed suit. Even though our mobile devices and interior spaces will be ever-alluring, the outside world has an infinite ability to create experience and offer places for essential physical activity and a connection to the environments that sustain us.

Often we wonder what we can do in the face of all these trends. The creation of an open space program 40 years ago was certainly something that has made a difference, and will continue to do so for another 40 years! And, when I look at the tea leaves and crystal balls, I see that open space programs will have left an impression on Boulder County’s landscape that will still be easily recognizable in 2100.