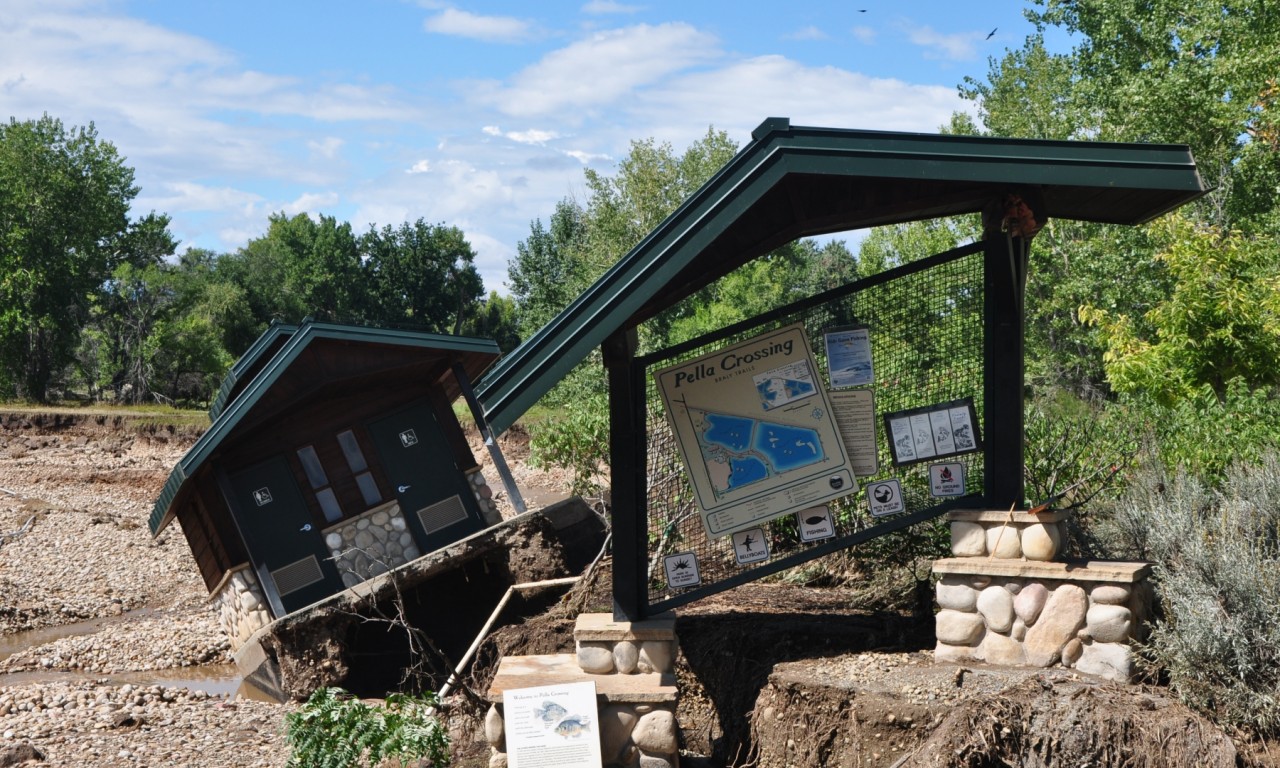 In the 4.5 billion years that Earth has existed, the arrangement of its lands and waters has altered enormously. Continents have come and gone, oceans have taken on many shapes and sizes, and mountains have been washed to the oceans via rivers and streams. We often disassociate ourselves from these geographic changes because the time scales involved are so vast. Yet with the flood of September 2013, we were very viscerally reminded that geologic time includes now.

The Earth is a dynamic, changeable place, and as much as we like to believe that our lives are stable, under control and predictable, all aspects of our planet are inherently impermanent.

The most dramatic geographic changes that occurred with September’s floods were the rearrangement of creek and river paths on the landscape. The record-breaking rains caused channels of streams and rivers to fill to the brim. The waters then spilled out onto the surrounding floodplainsareas which border water courses but are normally dry. During the peak of the flooding, many Boulder County creeks were transporting over 100 times their normal volumes of water and, as a result, also carried along silt, sand, rocks and other debris including trees and cars.

Flooding rivers powerfully re-carve their paths of travel. Water, driven by the force of gravity, flows to the oceans. Surging flood waters find the path of least resistance on their way towards the lowlands, meaning a swollen river will often cut a new channel. The rechanneling of rivers, such as the St. Vrain, can heavily impact humans.

Boulder County Parks and Open Space properties were extensively damaged by the flooding. There was damage to trails, trailheads, restrooms, and historic buildings. There was also severe damage on agricultural properties. Some properties may take months, perhaps years, to repair. A few may not be possible to repair. We have massive damage to many properties along the St. Vrain River and many dams were breached. The damage to lakes and our water infrastructure could easily be the most difficult aspect of flood recovery for the Parks and Open Space Department. The department has our work cut out, and there is no doubt that the very able staff and thousands of volunteers will be up to the challenge!