How Seeds Get Around 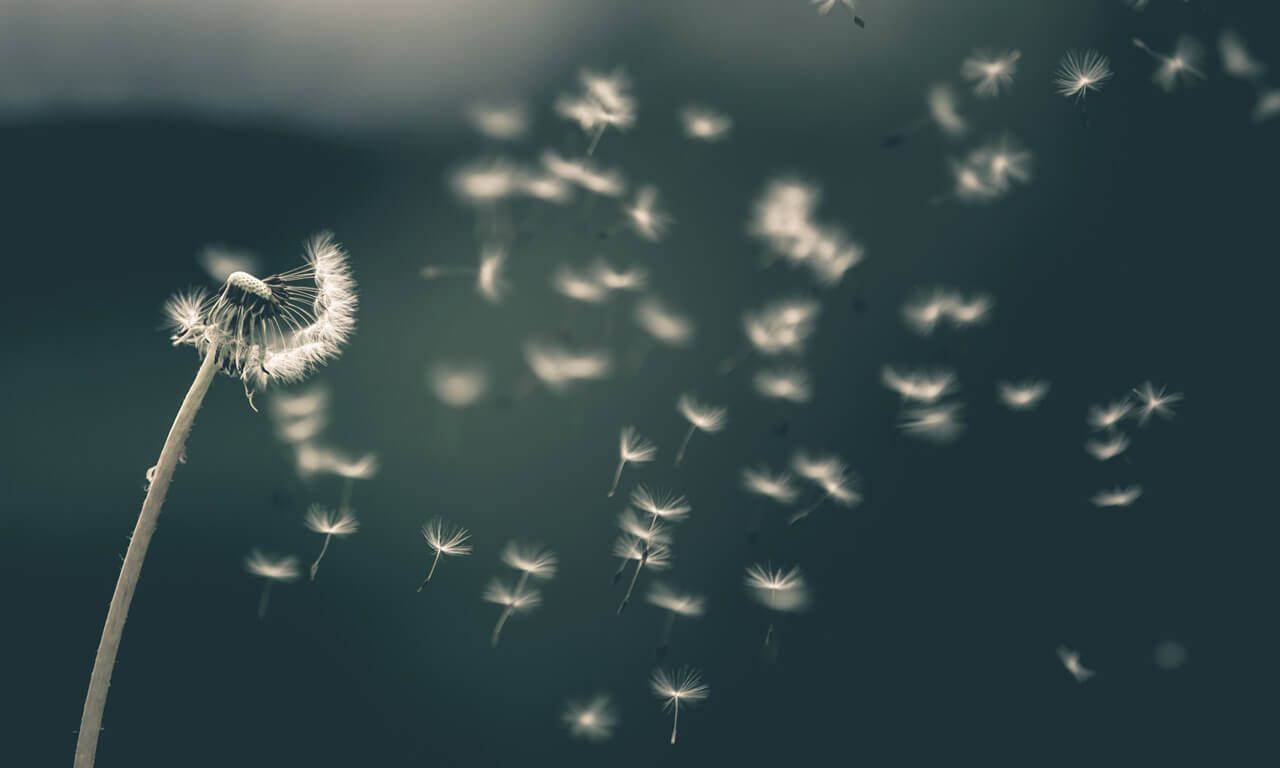 Every plant needs water, space, and sunlight to grow. Seeds dropped straight to the ground near adult plants face strong competition for these resources.

Some of the most inventive strategies used by nature to enhance survival have evolved to ensure plant seeds are dispersed in ways that enhance their chances for germination. These mechanisms vary from the simple use of gravity, wind, and water (singly or in combination) to move seeds, to the more complex adaptation of explosive pods that jettison seeds long distances.

Wind can carry seeds a long distance away from the parent plant depending on the size or weight of the seed. Plants like dandelions, milkweed, and cottonwood trees take advantage of tufts of hairs attached to their seeds called pappi. These pappi catch wind like little parachutes, allowing seeds to sail as far as 100 miles propelled by the wind.

Many conifers and deciduous trees like maple, sycamore, and ash have papery wings attached to their seeds that help them stay aloft in the wind long enough to move far away from the parent tree.

The Russian thistle bush dries out at the end of the growing season and separates from its roots, giving us the wind-blown tumbleweed famous in western cowboy films. Each time the dead plant bounces against an obstacle,some of its more than 200,000 seeds are scattered onto surrounding soil.

This primary mechanism for moving seeds is more common to tropical and sub-tropical regions of the world. Large seed pods from coconut and mangrove trees can survive many miles of travel in water before landing on distant sandbars and sprouting seedlings. Plants like cattails and willows that thrive in or near aquatic habitats produce seeds that first are dispersed by wind but can move in currents if they land in water.

Animals of all kinds play important roles in distributing seeds. Mice, deer, squirrels, foxes, and bears eat seeds that travel through their digestive systems and excrete them in nutrient-rich scat piles throughout their habitats. Insects and bugs carry seeds that have fallen to nests where many of them sprout before they are utilized.

Birds eat fleshy fruits to obtain the nutrient-rich pulp that surrounds the seeds, but the seeds themselves are usually excreted by the birds in feces dropped miles from the parent plant. The Clark’s nutcracker flies up to 1,000 miles each year with its mouth full of pinyon pine or lodgepole pine seeds that it hides along the way, burying as many as 100,000 seeds in 30,000 different locations. Although the nutcracker is very efficient at locating these seeds when hungry, the ones it forgets often sprout.

Other seeds are covered by attachments with sharp, spiked ends or barbs that cling tenaciously to fur, feathers, or pant legs and are transported away from the parent plant before being dislodged to the ground. Interestingly, the hooked spikes on the seed-containing fruits of the burdock plant served as the inspiration for Velcro.

This is one of the most fascinating methods of seed dispersal.  Plants in this category, like the parasitic dwarf mistletoe that grows on western conifer trees, produce seedpods that warp as they mature and dry out. This warping creates spring-like tension on the pod sheaths which ultimately burst with enough force to ballistically launch mucous-covered seeds at 60 miles-per-hour for up to 50 feet. Orange jewelweed and scotch broom employ similar mechanisms to disject seeds away from parent plants.

So the next time you are angrily pulling cockleburs from your socks after a hike, chuckle a bit at the role you have played in a survival process that is millions of years old.