Poison Ivy: Leaves of Three, Let it Be 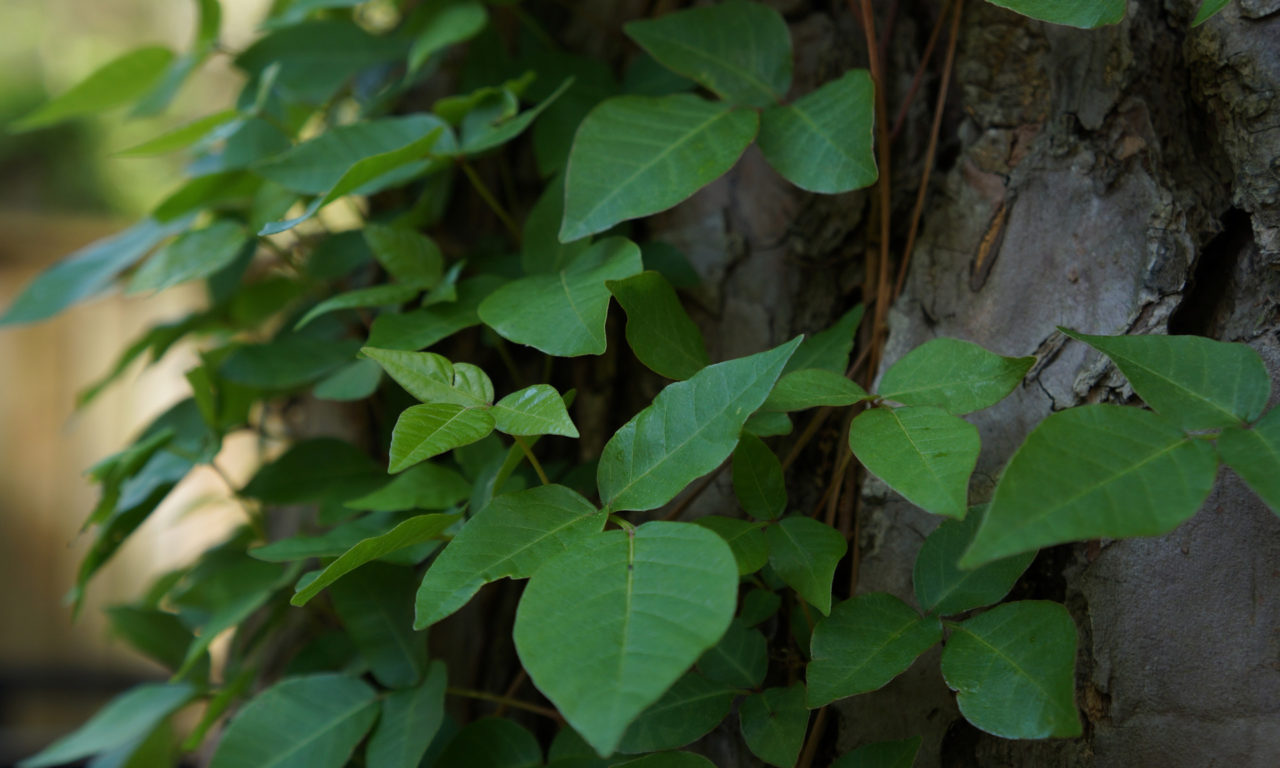 Children and adults alike often know the short, catchy phrase, “leaves of three, let it be,” by the time they attend a naturalist-led program. Great! Less certain, however, is their detailed knowledge of the plant described by the saying. What exactly is poison ivy? Where might I find it? What makes it poisonous? How might it hurt me? What use is it anyway?

Poison ivy is a glossy-leaved, woody plant in the sumac/cashew plant family. It grows in inches-tall patches to shoulder high thickets. Botanically, our version is Toxicodendron rydbergii. “Toxicodendron” (toxic-tree) is in the first part of the name (the genus tells it like it is). That same genus contains poison oak and poison sumac.

Poison ivy is relatively common in Boulder County. It thrives in various habitats, from weedy ditch banks and shady riparian areas, to leafy tangles among rock piles and the edges of trails in the foothills. The flowers are small—not showy or eye-catching. Although leaves may be attractively bronze-colored when they first appear in spring, and turn brilliant red in fall, for most of the year they are mere patches of plain green leaves—all too easy to step into inadvertently.

Botanists call the “leaves of three” ternate, with three leaflets coming from a single stem. But this is not especially helpful. Other common plants are also ternate—think clover (even if you hope to find a lucky four-leaved one). Think skunkbush or lemonade bush, a shrubby plant of the foothills, with blunt ternate leaves that grows in a rounded mound, not a sprawl. It is poison ivy’s glossiness and slightly drooping leaves that are the best giveaway.

What is the poison?

An oil called urushiol (u-ROO-she-ol) causes a contact dermatitis—a blistering rash—in sensitive people who brush against the plant’s leaves, roots, stems, flowers, or fruit. It does not take much. One online page claimed that an amount of urushiol oil, as small as would coat a pinhead, is enough to affect 500 people. Take that factoid with a grain of salt!

If you do encounter poison ivy, the best response is to quickly wash off the oils. Use soap and water, if available. Use alcohol wipes if that is what is handy. Much better is to be prepared. Know how to recognize the plant. Wear long sleeves and long pants. Tuck your pants into your socks if you need be in poison ivy territory. And if you must eradicate a patch of poison ivy on your property, dress for the occasion. Cover up and wear gloves. Dispose of the plant material with care. Do not compost it, the bits will resprout too readily. Do not burn it, the smoke contains urushiol and harms your breathing.

So, are you spooked yet, wondering what possible value poison ivy has?

Like most things in nature, there are offsetting pluses. Unlike humans and apes, other animals show no ill effects from touching or eating poison ivy. Even your pets do not react, although they may carry the oils in on their fur and spread to you as you fondly stroke them. Some birds, such as woodpeckers, warblers, and vireos relish poison ivy berries. They may be a favorite winter food when alternatives are few. Deer, bears, and rabbits are known to eat the berries, stems, and leaves. Animals even use the thickets as shelter from enemies and/or the weather! So they are definitely not worthless plants!

One acquaintance of mine saw a gorgeous patch of attractive red leaves and thought the vegetation would make an eye-catching wreath for his front door during the holidays. You guessed? Now you know why to heed that famous warning, “Leaves of three, let it be!”