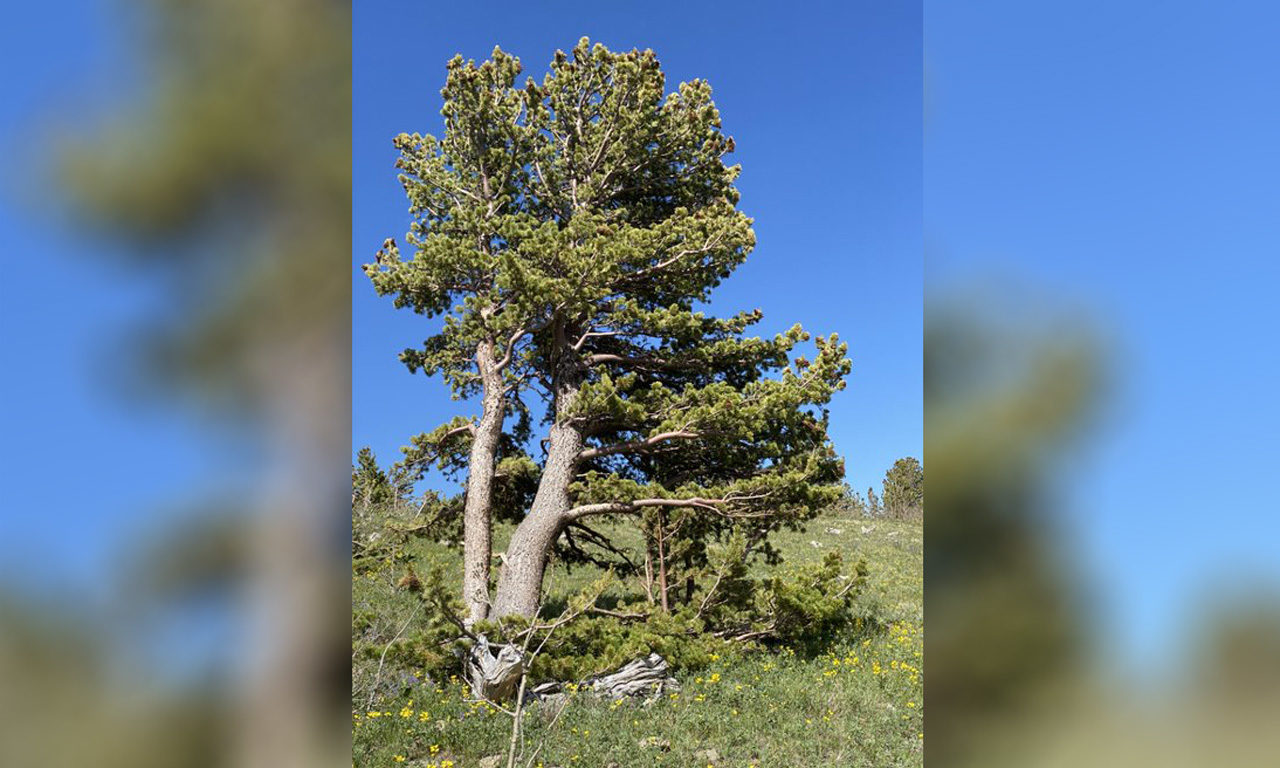 Among the many things that draw people to Boulder County is its unique, natural setting. Our forests are a major component of that natural setting and provide several benefits. Of the several species that make up our local forests, the limber pine deserves more special attention than it gets.

Limber pine is a long-lived, five-needle white pine widely distributed in western North America. Unlike other conifers that are restricted to growing at certain elevations, limber pine can flourish in elevations from 5,200 feet at Pawnee Buttes (35 miles east of Fort Collins) to more than 11,000 feet near Rollins Pass.

Compared to other conifers, limber pine is a small-to-medium-sized tree rarely exceeding 50 feet. Trunks vary from straight to contorted, single to multi-stemmed, but in general are short and thick with a twisted and gnarled appearance.

Limber pine is not considered a commercially valuable species but benefits the ecosystem in several ways, including soil stabilization, snow retention, colonization following fire, and food and habitat for wildlife. It also serves as a foundation species that provides suitable conditions for the establishment of other tree species.

Its ability to survive in dry environments allows some limber pine trees to live beyond 1,000 years, which provides researchers with centuries worth of climate and forest disturbance data.

Unfortunately, limber pine populations are now vulnerable and face multiple threats, including mountain pine beetle and dwarf mistletoe. Perhaps the most alarming threat is a non-native disease of white pines called white pine blister rust. These agents can cause widespread tree mortality and, when found in combination can be even more lethal, threatening the long-term sustainability of the species.

Despite widespread mortality at some local levels, limber pine still maintains its overall range; however it is listed as a species of special concern by Boulder County. Because of this status, limber pine was the subject of a comprehensive recovery plan that outlines the management efforts Parks & Open Space should take to ensure the persistence of this species.

Our department has already started monitoring for insect and disease issues, and we’ve added several new efforts focused on the conservation of the species. These efforts include long-term monitoring of plots to detect changes in our limber pine populations over time, seed collections for future planting efforts, determining if there are blister rust-resistant trees on our properties, pruning for heavy infestations of dwarf mistletoe and white pine blister rust, as well as preserving existing limber pine populations by selective thinning and prescribed fire treatments.

Through implementation of these strategies, Parks & Open Space hopes to play an active role in maintaining this unique and valuable species for future generations of park visitors.