Hummingbirds Are In a Hurry! 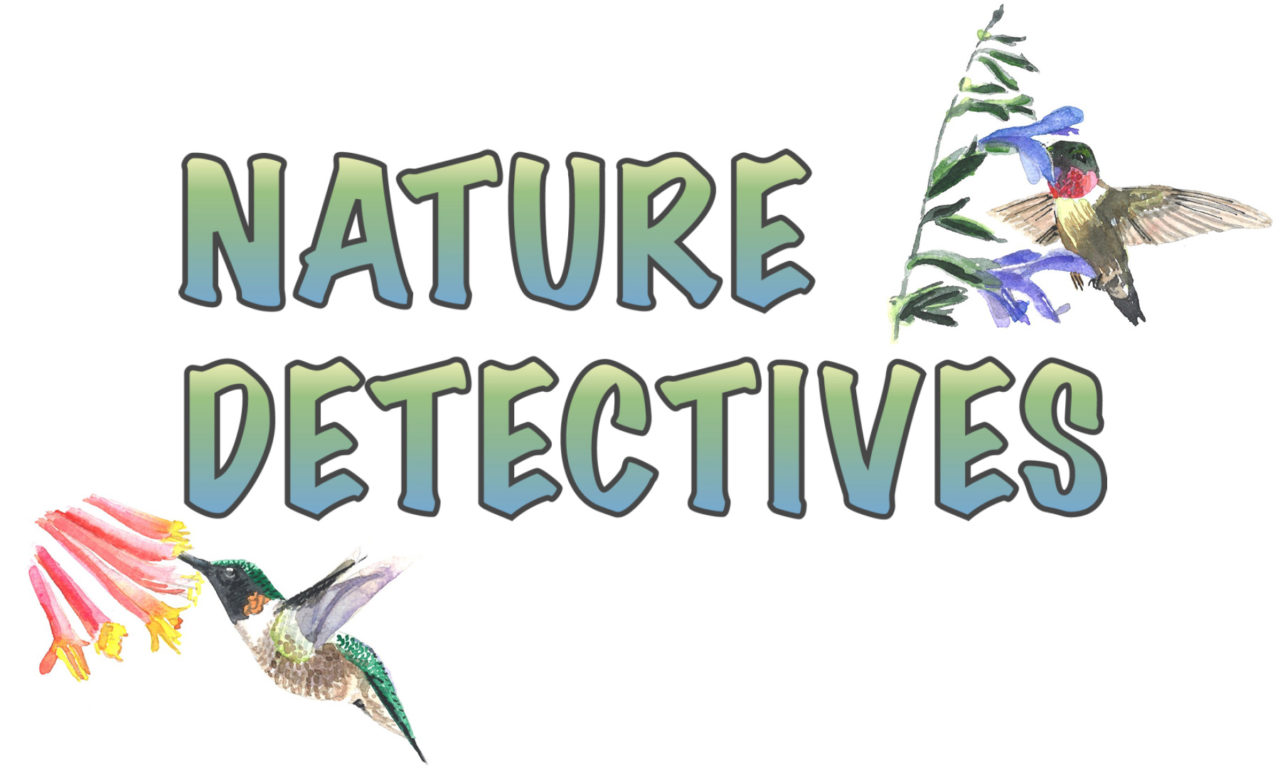 With wings softly whirring, the broad-tailed hummingbird hovered, dipping her narrow bill into the red base of a sugar water feeder. She licked the sweet liquid, flicking her tongue in and out 13 times in just a second! The shrill buzzing of an incoming male broad-tail cut her meal short. Quickly she flew sideways then up and away. She caught a glimpse of the male’s rosy-red throat feathers glinting in the sunlight as he took her place at the feeder. Glad for her quick drink, she zoomed off to search for small insect and spider prey.

She snatched a tiny caterpillar and raced to her nest to feed her two nestlings. All day, she made frequent trips to nearby wildflower patches for sugary nectar. She nibbled tiny flies, aphids, and caterpillars off plants. She plucked gnats out of the air to nourish herself and her hungry, growing brood. At dusk she was back at the feeder to lap up sugar water for enough energy to last the night. 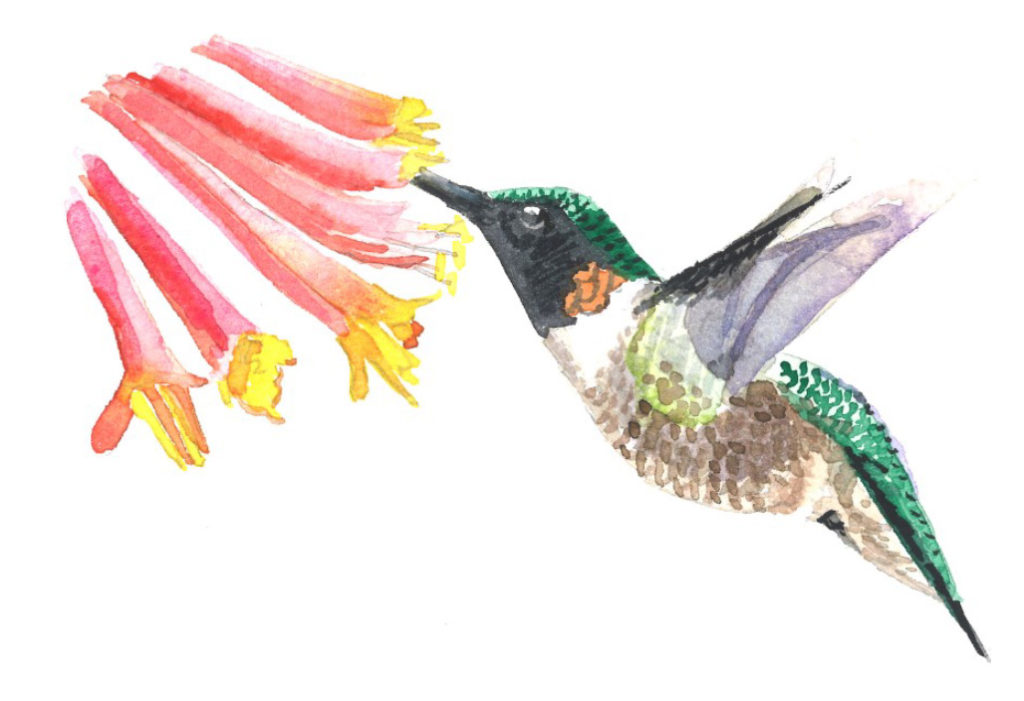 The rufous hummingbird was in a hurry to get back to Mexico. In early spring he’d found a territory far north in Alaska that included a lush area of wildflowers. He chased off other rufous males and waited for rufous females to begin arriving from Mexico. After he mated with nearby females, his biological clock signaled time to head south.

Although his spring migration was northbound up the west coast, he flew south toward Mexico along the Rocky Mountains where summer wildflowers bloom. He stopped frequently on his 2000 mile journey to refuel with just enough sweet nectar to stay agile for quick, acrobatic flight. When he located an abundance of flowers or sugar water feeders, he stayed for a few days.

In July he reached Colorado. From a lookout perch on a high branch, he fiercely guarded his refueling stop from other hummingbirds. In sunlight his throat feathers winked orange like embers glowing at the bottom of a campfire. The larger broad-tailed hummingbirds darted in for quick nectar sips before the rufous saw them. The broad-tails were preparing for their own migration south. A constant fight for survival drives a rufous hummingbird’s aggressive competition and a broad-tailed hummingbird’s seemingly rude behavior.