Bats: A New Home on the Prairie 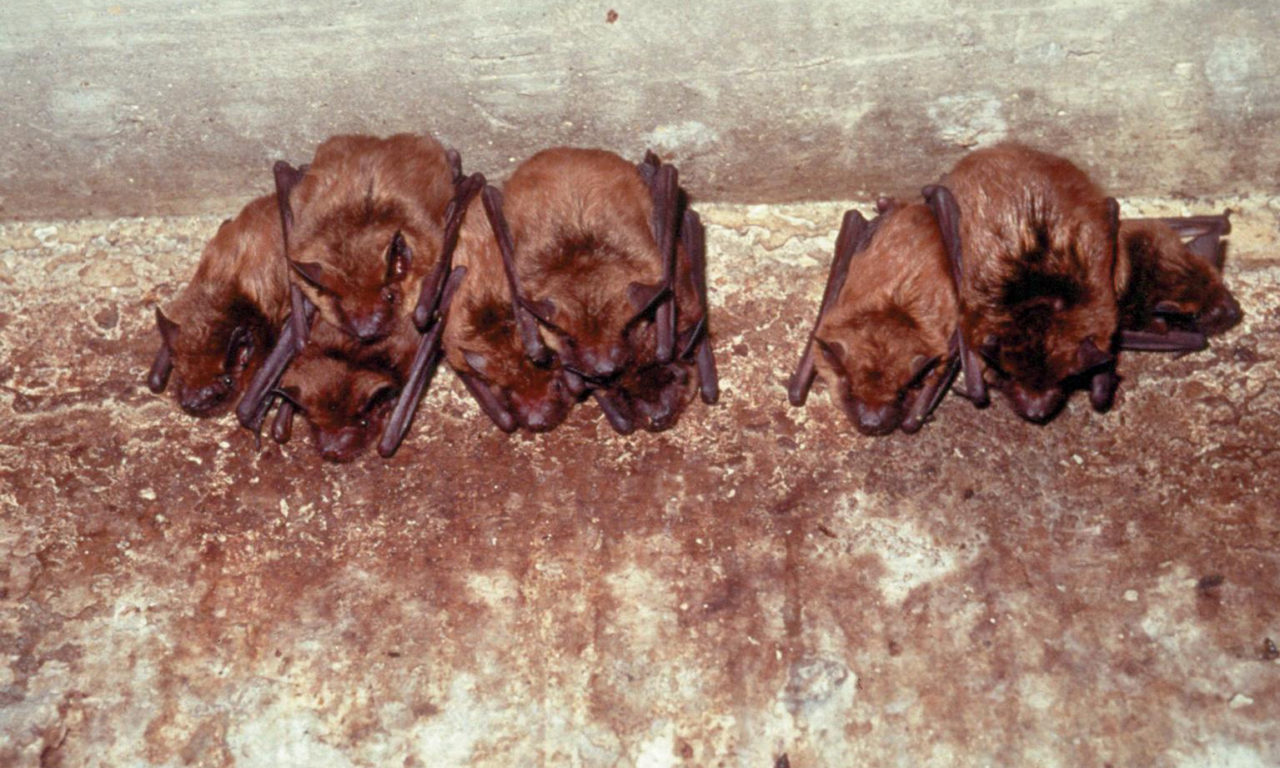 The black footed prairie dog is famous not only for kissing its family members hello, but also for digging a mansion of underground dwellings. Their burrows can have more than 70 rooms, including a nursery, toilet, and a listening post, among others. They not only have a back door, but also, for good reason, an escape route. There are a lot of species in the neighborhood eying the prairie dogs’ real estate. As soon as they abandon their burrows, rabbits, badgers, birds, weasels, snakes, burrowing owls, black-footed ferrets, salamanders, insects, and even foxes might move in.

And now, thanks to the work of biologist, Rick Adams, we might need to add bats to the list.

It turns out that prairie dog colonies are major hubs of bat activity. There’s a reason for this: prairie dogs aren’t just diggers of grand dwellings below the ground, they’re also master landscapers on the surface, which is partly why they’ve been dubbed ecosystem engineers.

In order to create secure sight lines to their burrows, they clip down any vegetation taller than about six inches, which changes the temperature and moisture content of the soil. Clipping down the vegetation also makes the plants more nutritious and digestible by eliminating the nutrient decline associated with aging. Deer, bison, and pronghorn are thought to preferentially graze on this high-protein grass. Besides mowing the lawn, prairie dogs are big DIY renovators, often excavating new elements of their burrows, thus disturbing large quantities of soil. Insects can’t get enough of this dirt extravaganza, which attracts—you guessed it—bats.

At least that’s what Adams and his team surmise. While analyzing the data from sonar surveys of bat activity at Hall Ranch Open Space and areas near Lyons, Adams found air-foraging species like big brown and hoary bats, but also, unexpectedly, forest-foraging species, like the fringed myotis and the small-footed myotis. Since the forest-foraging species rarely venture from the edge of the forest because of predators or competitors, it stands to reason that something good had their eye—or sonar, as it were. It’s even possible, because the small-footed myotis’ pattern of activity at dawn and dusk, that they’re using the prairie dogs’ burrows as a nap joint, otherwise known to biologists as a day roost. This behavior hasn’t been proven yet, but it’s something thermal-imaging technology could confirm in the future.

Bats have a bad street rep, but they’re just as important as prairie dogs. Cave-roosting bats are considered a keystone species—an organism that’s the glue holding a habitat together. But instead of landscaping or burrowing, all they need to do to be critically important to their ecosystem is eat and poop. Every night, bats across the United States eat thousands of tons of mosquitoes, which turn into guano, and guano is gold—not just fertilizer in our gardens. Guano drives the ecosystems of caves and mines, feeding micro-organisms and invertebrates, which in turn feed fish, salamanders, frogs, and other, larger animals. If that’s not enough to turn you into a bat lover, if you’re sort who likes a delicious, but well-priced ear of corn on the 4th of July, thank a bat. Bats eat enough pests to save the U.S. corn industry more than $1 billion per year in crop damage and pesticide costs. No big deal, just another day at the mine.