Beauties and the Beast 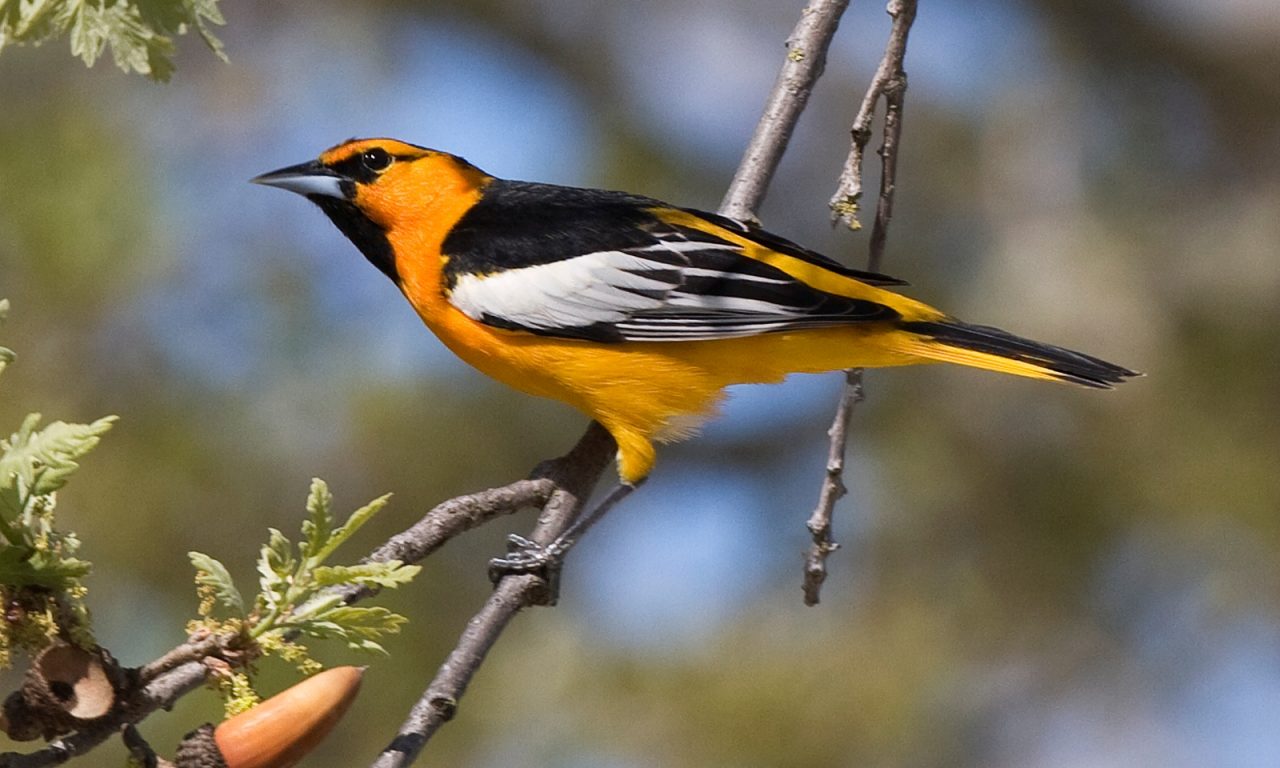 What could the colorful yellow and black Bullock’s oriole and the melodious western meadowlark possibly have in common with the drab and vicious cowbird and the raucous common grackle?

It turns out all these birds are relatives! They all belong to the family icteridae, which also includes all the blackbirds, oropendolas, and the bobolink. The name, meaning “jaundiced ones” (from the prominent yellow feathers of many species) comes from the Ancient Greek “ikteros.”

This family is extremely varied in size, shape, behavior and coloration. Individual species live in a variety of ecosystems, from wetlands to savannahs, and from grasslands to forests.

Some of them, like the Bullock’s oriole and the oropendolas of Central and South America, build elaborate hanging nests. The cowbirds, on the other hand, do not bother building nests at all. They are nest parasites that lay their eggs in the nests of other species. Their variability notwithstanding, all icterids share some characteristics. One is their pronounced sexual dimorphism. In most species, the males are much more brilliantly colored than the females. And in those species where male and female have similar plumage, like the grackles and the cowbirds, males are considerably larger than females.

One unusual morphological adaptation shared by all icterids is “gaping” where the muscles controlling the beak allow the bird to open it with great strength. The bird can insert its beak into soil, vegetation, bark, even mud, forcibly open it and reach otherwise inaccessible food.

Adult males are characterized by strongly contrasting orange and black plumage, a black throat patch and a white wing bar. The underparts, breast, and face are orange or yellow; the back, wings, and tail are black. A black line extends from each eye to the black crown. Adult females, by contrast, have grey-brown upperparts, duller yellow on the breast and underparts, and an olive crown.

This oriole favors riparian corridors and open deciduous woodland with an abundance of cottonwood and willow. It feeds on insects, berries, and nectar. The most striking feature of these birds, besides the male’s plumage, is the elaborate nest they build, woven pendant baskets using plant fibers—primarily bark and fine grass, and animal hair. The nest is lined with down, hair, and moss. The female lays between three and six eggs. Both parents rear the young and defend the nest from predators and nest parasites, including the fellow described below.

The most distinctive characteristic of this stocky, mostly nondescript bird, is that it is a brood-parasite. The female lays her eggs in the nests of a variety of perching species, particularly those that build cup-like nests. The brown-headed cowbird eggs have been documented in nests of at least 220 host species, including hummingbirds and raptors! Baby cowbirds hatch one to two days before the rightful nest occupants, then grow faster and are more vocal. Their gaping mouths trigger the host parents’ feeding response. As a result, the baby cowbird gets most of the food, while its “siblings” starve. In some cases, the cowbird young even pushes the other baby birds out of the nest. A single cowbird female can lay up to 40 eggs in one season.

Brown-headed cowbirds prefer open or semi-open country and often travel in flocks, sometimes mixed with red-winged blackbirds, bobolinks, common grackles, and European starlings. They forage on the ground, often following grazing animals such as horses and cows to catch insects stirred up by the large animals. They mainly eat seeds and insects.

Populations of brown-headed cowbirds are increasing at an alarming rate in many regions. Before European settlement, they followed bison herds across the prairies. Their parasitic-nesting behavior probably evolved with their nomadic lifestyle. Now that humans have cleared forested areas and introduced new grazing animals across North America, these birds now follow cattle which kick-up insects etc. Brown-headed cowbirds are also now commonly seen at suburban bird feeders.

On the surface all of these birds may seem different, but when you look beyond appearances, they are all part of the same family.