Bean There, Doing That (Again) 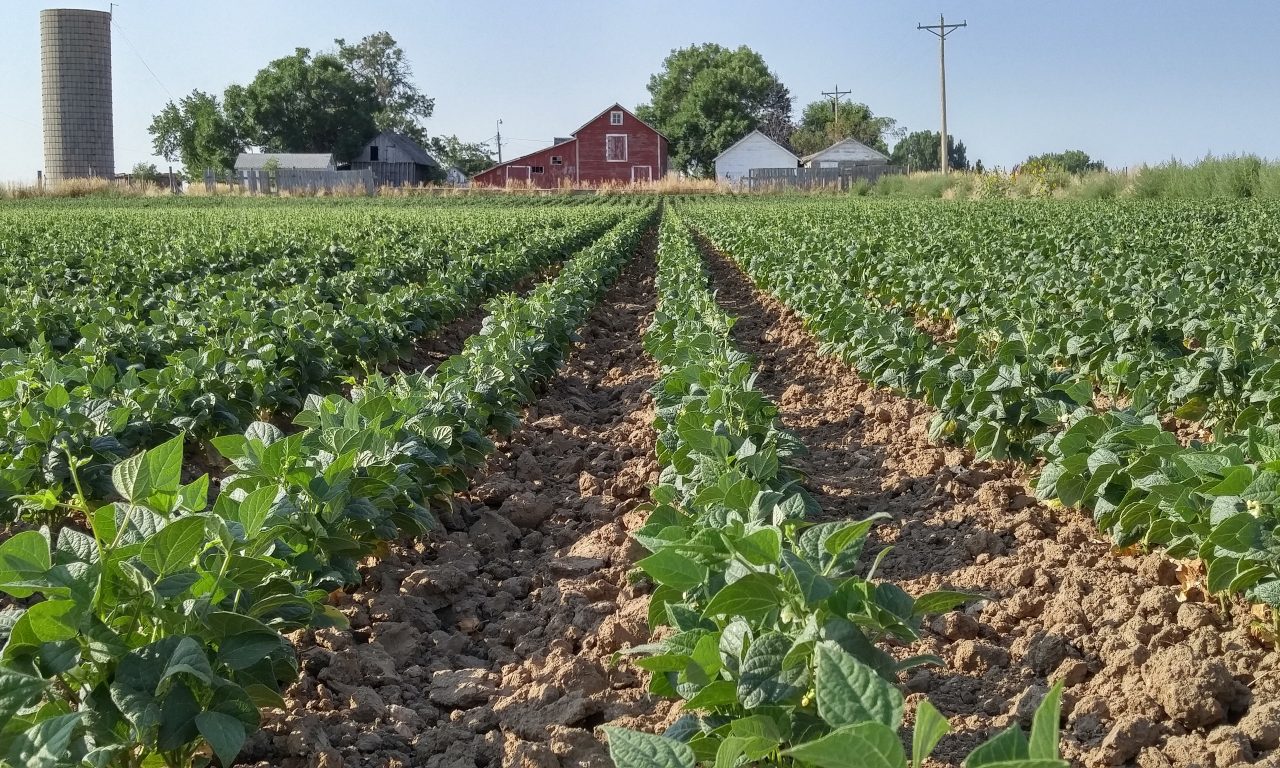 Several decades ago, Boulder County farmers grew dry beans, particularly pinto and kidney beans, as part of their crop rotations. Approximately 25 years ago, however, heavy weed and disease pressures led many county-based farmers to stop growing beans entirely on a large scale. In recent years, as conversations around growing local food for local institutions increased among many food advocates, Boulder County Parks and Open Space (BCPOS) Agriculture Division staff started a conversation with a number of stakeholders to explore the feasibility of once again growing dry beans for local sale and distribution.

The first round of discussions occurred in March 2012, and included representatives from local school districts, potential retail outlets, local processors, area food banks, and farm tenants. The conversation revolved around challenges such as growing a healthy crop, processing and storing the beans for potential local sales, and marketing directly to institutions. The group also realized the opportunities of supplying local institutions after learning that Community Food Share (CFS) purchases an average of 8,000 pounds of dry beans per year, while the St. Vrain Valley School District serves 40,000 half-cup servings in its schools each week.

After this meeting, one of the farm tenants agreed to grow a small crop of pinto beans. Unfortunately, 2012 turned out to be an inadequate water supply year, and the bean crop was not successful. Following a project hiatus of two years, ag tenant Jules Van Thuyne approached BCPOS in 2015 expressing an interest in growing a new variety of pinto bean developed by Colorado State University (CSU). Unlike older varieties of pinto beans, the CSU variety was developed to grow vertically, like soy beans, rather than on vines along the ground. Because of this innovation, Van Thuyne felt it would be easier to harvest the beans with his existing equipment, and he knew modern agricultural practices implemented on BCPOS properties had greatly reduced the previous weed pressure. Unfortunately, this crop of beans also failed.

Meanwhile, Agricultural Resources Division staff contacted a number of potential bean buyers to ascertain whether there was a local market for these beans. Over the course of many conversations, it became clear that most of these potential buyers were not in a position to buy pinto beans. Most often they did not have the storage capacity for large amounts of bagged beans or their facilities were not equipped to cook dry beans. Conversations with CFS were fruitful, however, as they distributed dry beans to their clients and had enough potential storage for large amounts of beans. They also completed construction of a dry-pack room in their facility in the fall of 2015, which would allow them to re-pack large amounts of beans into one-pound or five-pound bags for distribution to clients.

Van Thuyne decided to grow beans again this past season and the resulting crop was very productive. As is typical for BCPOS lease agreements on commodity crops, the Ag Division entered into a 1/3: 2/3 crop share agreement with Van Thuyne on the pinto beans. This fall, the successful harvest resulted in approximately 150,000 pounds of beans, of which 50,000 pounds belonged to BCPOS to keep or sell. In keeping with the original spirit of the project, Agricultural Resources Division staff decided to donate 10,000 pounds of beans to CFS to distribute to clients as a healthy and nutritious local food product. The beans arrived at CFS the week of Thanksgiving, and BCPOS completed the circle of giving by donating staff time to help bag pinto beans for distribution the week before Christmas.