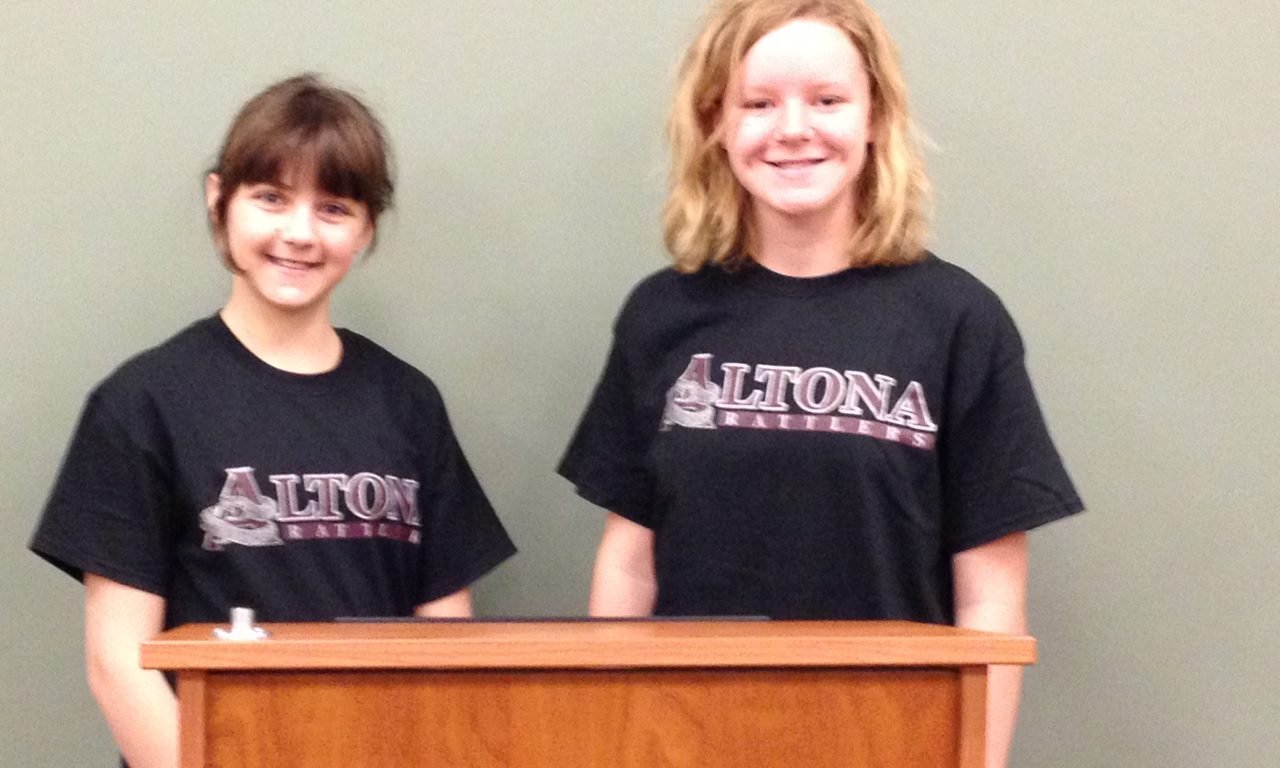 Boulder County Parks and Open Space is interested in wildlife activity at the site as the surrounding area transitions to gravel mining in future years. Animals seen include raccoons, white-tailed deer, striped skunks, bobcats, coyotes, red foxes, squirrels, and a bear. The bear was seen last October before hibernation, and the girls hope it will come out again so they can study the bear more.

When asked why she liked working with the camera, Julianne commented, “I like being able to look at the animals and identifying them. I also like to watch and see what patterns the animals have.” When Mckenzie was asked why she decided to work with the camera, she said, “I get to see animals that people don’t usually get to see. I also like being able to help scientists discover different things about animals.”

“I like being able to look at the animals and identifying them. I also like to watch and see what patterns the animals have.”

It is always interesting to find new species that the camera photographs. Working with the camera is always fun and the girls have learned lots of new things with the help of their teachers and the BCPOS Education Liaison Deborah Price, like what the difference is between a mule deer and a white-tailed deer. They also learned the difference between other animals such as red foxes and gray foxes. The girls have also learned about the patterns that different animals have, like raccoons for instance. When they pass by the camera the animals are usually traveling in groups of three or four and are rarely by themselves. The students also learned that animals they thought were diurnal (active during the day) are actually nocturnal. Both girls plan to continue to work with the camera during the next school year.

“This has been a very fun, exciting, and rewarding experience for me and I will never forget it,” noted Julianne. Julianne and Mckenzie have been working really hard and have learned a lot. With the student’s help, BCPOS can continue this long term trends analysis.