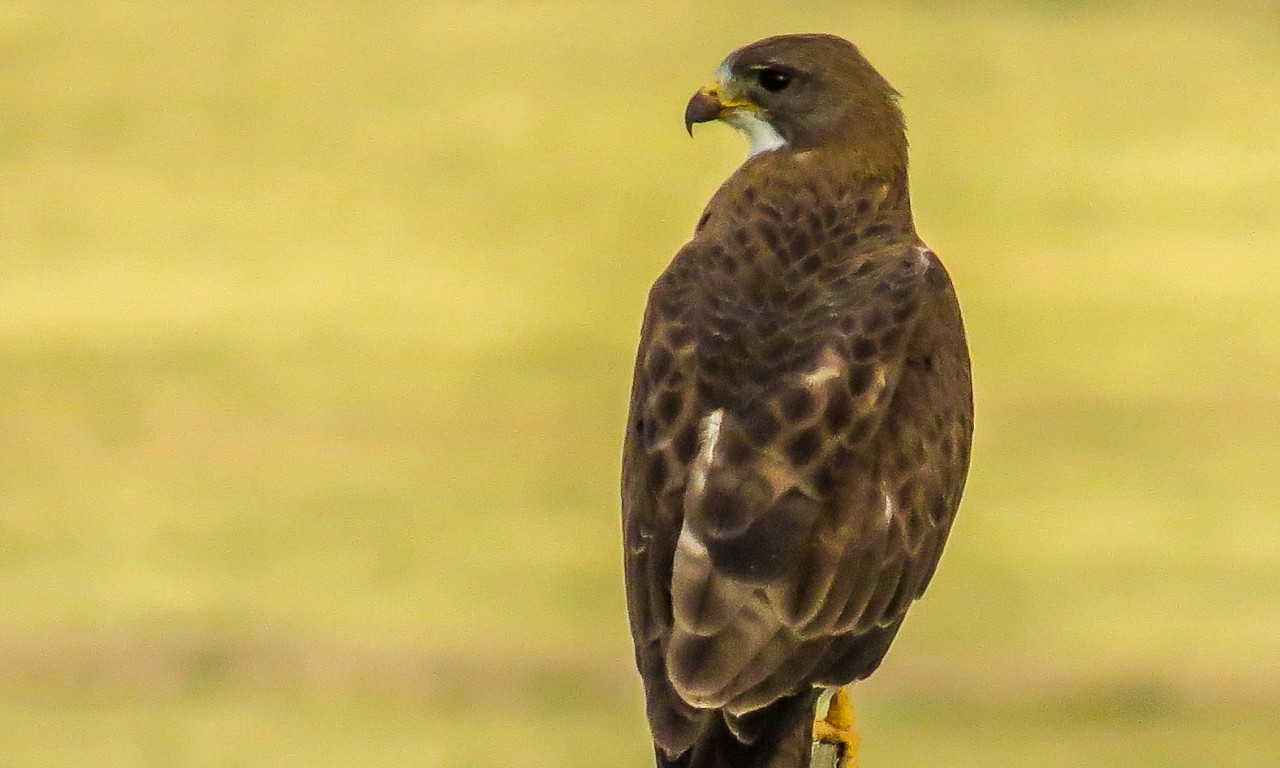 This time of year, I notice my neighborhood going silent. Trees, bushes, wetlands, and grasslands seem less filled with the energetic darting, purposeful activity of birds. Have you ever wondered, “Where do they go? What do they find when they get there?”
People have always been fascinated by the disappearance of avian neighbors when the weather begins to change. In less scientific times, people theorized that birds flew to the moon in winter, hibernated in caves and trees, or even buried themselves in mud. But really, why do so many birds desert us in winter?

Migration can involve a long-distance journey to other continents, or a mere move down to lower elevations. In the northern Rockies and northern Great Plains, more than 75 percent of nesting land bird species winter in areas south of the Mexican border. What the birds find there is as critically important to their survival as their northern nesting habitats.

Migration is very expensive in terms of energy consumption, and holds many perils. Some don’t make it to their destination, and some reach the end of their journey in seriously depleted condition, but something in their evolutionary biology makes this huge expenditure of time and energy worth it.

We think of our summer avian friends as “our birds,” but like the spy with a secret identity, they lead a double life. Most migrants make brief sojourns to our northern climates for breeding, and then retreat back to lower latitudes for the majority of the year. Migrants might better be considered “their birds,” who only grace us with their presence during their crucial breeding cycle. The benefits of heading north might include more daylight hours in which to feed, better or different seasonal food sources, better nesting locations or less competition for resources. I thought it would be fun to see where a couple of our local species travel.

Swainson’s hawks are birds of wide open spaces. This graceful, slender buteo (hawks with broad rounded wings and relatively short tails) with its brown hood and long, pointed wings soars over 13 countries and two continents, from the prairies of North America to the pampas of Argentina. They log an astounding round-trip mileage of 11,000 to 17,000 miles, averaging over 100 miles per day for about three months.

Because they are borne along on thermals, seldom flapping, they must fly by day, their route staying primarily over land. The constricted corridor over the Isthmus of Panama forces flocks of thousands, called kettles, to share the air space with thousands of other land migrants, like turkey vultures and broad-winged hawks. These blended flocks create a river of hawks, and is one of the world’s greatest migratory spectacles. They prepare for this epic journey by layering on fat. They are unique in switching their summer diet from mostly small mammals while nesting, to a winter diet primarily of insects.

In their wintering grounds of Argentina and Brazil, they seek out open savannah (pampas) habitat, but also do well in bird-friendly agricultural areas. Swainson’s hawks faced extinction from toxic pesticides and destructive agricultural practices, but a combination of effective international cooperation and farmer education has restored their numbers. They are now rated as a species of concern, but are not immediately threatened.

Unlike Swainson’s hawks, broad-tailed hummingbirds migrate alone, not in huge flocks, and not on the backs of geese, as folklore would have us believe. In winter they trade their summer habitat (the open pine woodlands of the Rocky Mountains) for the thorn oak forests of the Mexican and Guatemalan highlands. To accomplish this feat this they must almost double their weight by supplementing their rich diet of nectar, which is almost pure sugar, with insects. But body fat alone cannot compensate for the phenomenal amount of energy needed to maintain their heart rate (up to 1,260 beats per minute) and extreme metabolism. An average bird weighs about 1/10 of an ounce and eats 10 calories per day. That translates to 1,000 calories per ounce. The average 150 pound person would need to eat 240,000 calories per day to equal the energy intake of a hummer. It would be impossible for them to travel over 1,300 miles on body fat alone, so they must stop to eat during their one-to-four week migration.

Unfortunately their destination habitat, the thorn oak forests of the central highlands of Mexico, is seriously threatened. Deforestation is a grim reality in Mexico because culturally, it is still seen by some as a sign of progress. Poverty, population growth, and cattle ranching add to the problem. About 50 percent of Mexican farmers cannot grow enough food to feed their families, so they either move to the city or further into the forests. Mexico loses about 1.3 million acres of forests per year. It’s an intractable problem that threatens many species.

Serious international effort to protect bird habitat both in their southern homes and northern breeding habitats is required to keep our colorful summer migrants coming back to visit us.