A Day in the Life of a Park Ranger 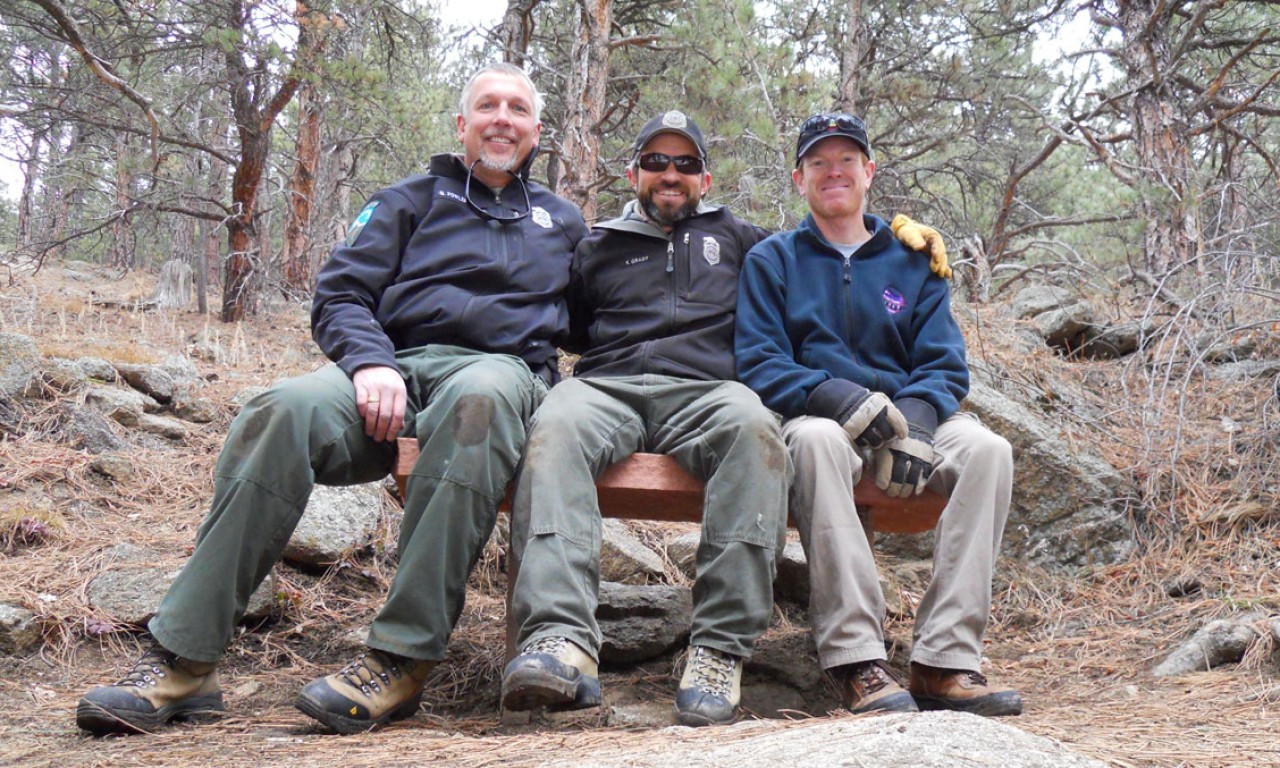 It started out as a normal day for me as the resident ranger at Betasso Preserve. It was Friday May 1, 2015. The clouds were starting to gather and the Weather Service was predicting showers, possibly heavy, in the afternoon. I was at the park finishing up my lunch. Rudy, my neighbor stopped by. He’d been out walking his dogs. Today he seemed a little excited, not his usual calm self. He told me about a wire of some sort that was down in the park and had started a little fire. He thought the fire was out, but said it would be best if I check it right away. He gave me directions to the location, but I wasn’t exactly sure where he meant. He didn’t have time to show me as he had to get to work. Luckily the ground was pretty damp but the idea of a fire up here was a little concerning.

The Telegraph was Back

I know the park pretty well and was able to find the wire and the area that had burned. It was about 100 feet long and two feet wide. The wire was still on the ground over the burned area. It was a small copper wire. What to do? There was burnt grass, there had been a fire, so I guess you call the fire department. Sugarloaf Volunteer Fire Department responded and confirmed the fire was out and suggested Xcel Energy be notified. Xcel responded very quickly and I showed them where the fire was. The small copper wire turned out to be an old telegraph line that hadn’t been taken down. Telegraph line? When was the last time a message was sent over those wires? But the fire was still a mystery as the telegraph wires were no longer in service and carried no current.

Xcel said the wire wasn’t causing a problem, but that they would take down as much as they could and return the following week to remove it. By now the storm had moved in; it was raining hard and quarter-inch hail was falling. Xcel said they didn’t need any further help from me and that I could leave.

About 45 minutes later, dispatch radioed and advised me to return to Betasso Preserve since Xcel had found an electrocuted bear. An electrocuted bear!? Now it all made sense. The black bear must have climbed up a pole and touched the live wires and somehow contacted the old telegraph wires causing a fault. I turned around and headed back up to Betasso Preserve. Xcel was waiting for me and took me to the bear. It was about a quarter mile from the site of the original fire. I wasn’t allowed to get near the bear since the telegraph wire was wrapped around the live wire (14,000 volts) and was still “hot.” Xcel showed me where the telegraph wire had touched the ground in several places and had been so hot it melted the decomposing granite into glass. Several other spot fires were pointed out to me including some that involved large trees. These too were out. So where was the pole the black bear had climbed?

There were no poles in the area around the bear, just the old telegraph wire. Xcel surmised that the last heavy snow we got on April 17 had built up on the telegraph line until it snapped, springing up over the 14,000 volt line and in the process becoming energized. Thank goodness we had over 10 inches of heavy wet snow that day. Xcel was going to have to turn the power off to the main line in order to remove the telegraph wire, so we returned to our vehicles to wait for more crew members to respond. While talking over the plan we noticed a fox checking us out. It didn’t seem too bothered by all the commotion and was probably curious about what we were up to.

This was one of the most memorable days in my career as a park ranger.