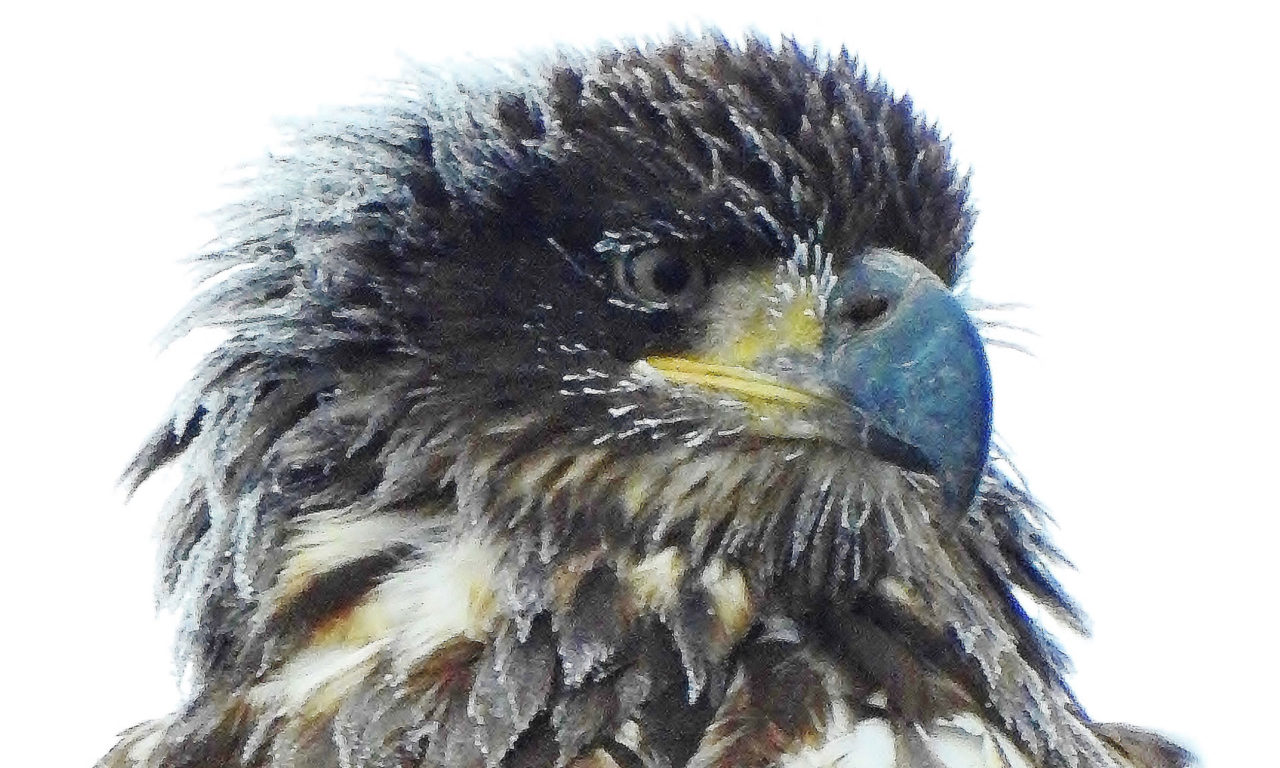 Benjamin Franklin had a disdain for bald eagles, declaring the species “a bird of bad moral character… and a rank coward.”  Would you be surprised to learn, in 1840, John James Audubon characterized our national symbol as “exhibiting a great deal of cowardice?” In 1936, the founder of the Connecticut Audubon Society, Mabel Osgood Wright, wrote in Birdcraft that one could help songbirds by “shooting some of their enemies,” including several kinds of hawks.

Thankfully, many of us no longer view birds of prey through the jaundiced eye of our forefathers. Instead, we marvel at their powerful yet elegant grace in flight and the ease with which we can observe them in their struggles to raise a family or thwart the harsh wind and relentless cold winter. Bringing them into sharp focus with a camera lens or spotting scope is not nearly as frustrating as attempting the same with a tiny warbler or flycatcher. And, finally, we, the “apex predator” on planet Earth, are beginning to come to terms with the predator/prey relationship.

Winter in Boulder County is an ideal time to observe raptors for several reasons. Firstly, we have more buteonine hawks, both species/subspecies and individuals, in winter than we do in summer. We lose less common transequatorial migrants like Swainson’s hawk, peregrine falcon, and recently introduced osprey, and we gain rough-legged hawk, Harlan’s race red-tailed hawk, and ferruginous hawk, which mysteriously nests on Colorado’s eastern plains, but never in Boulder County! A recent comprehensive five-year study of telemetered ferruginous hawks that fledged on the Canadian prairie provinces indicates many in that population winter here, on Colorado’s Front Range.

Rough-legged, Harlan’s, and ferruginous hawks join our resident western race red-tails and their recently emancipated juvenile young along with numerous red-tails that vacate northern latitudes to winter in the balmier climes of the Front Range. And don’t forget the sharp-shinned hawk which migrates elevationally in winter to join the Cooper’s hawk which now nests near my bird feeders in Longmont. Smart!

Next, we add our eagles, the long residing golden eagle and recently arrived bald eagle, which was not historically native to the area. Bald eagles are here today due to a combination of factors: miraculous recovery from decades of persecution and the banning of DDT in 1972, the Bald Eagle Protection Act in 1940, and multiple iterations of the Endangered Species Act. Upon recovery, the species’ range expanded into the historically unoccupied North American interior due largely to the human-altered landscape (reservoirs) and a newly expanded prey base, which includes prairie dogs. Bald eagles nested in Boulder County for the first time in recorded history in 2003 and, like our golden eagles, remain on and defend territory against conspecifics nearly year-round. The winter population of bald eagles grows significantly with the influx of individuals, mostly juveniles and subadults, escaping the frigid north.

Northern harrier (a Boulder County avian species of special concern) remain in the area in winter, with females and juveniles observed most frequently. Having adopted polygny as part of their breeding ecology, northern harriers do not form long-term pair bonds and males tend to prefer more open country in winter.

Pick a Day and Head Out!

Now that you know about our winter raptor bounty, choose a field day that is clear (for obvious reasons), cold (reduces the availability of thermal assisted flight which large birds rely on to conserve energy), calm (wind assisted flight is not an option), and with a little residual snow (enhances contrast).  As a bonus, winter defoliation denudes the landscape, revealing every perch. Keep an eye out for prairie falcon, American kestrel (our smallest falcon) and the “flying tiger,” otherwise known as great horned owl. Joining a regularly scheduled raptor driving tour puts you in the company of volunteer naturalists and others eager to share their knowledge of these magnificent birds (see page 10 for details).  We learn from each other and, together, stand in awe of our stunning birds of prey…, no “cowards” or “enemies” here!