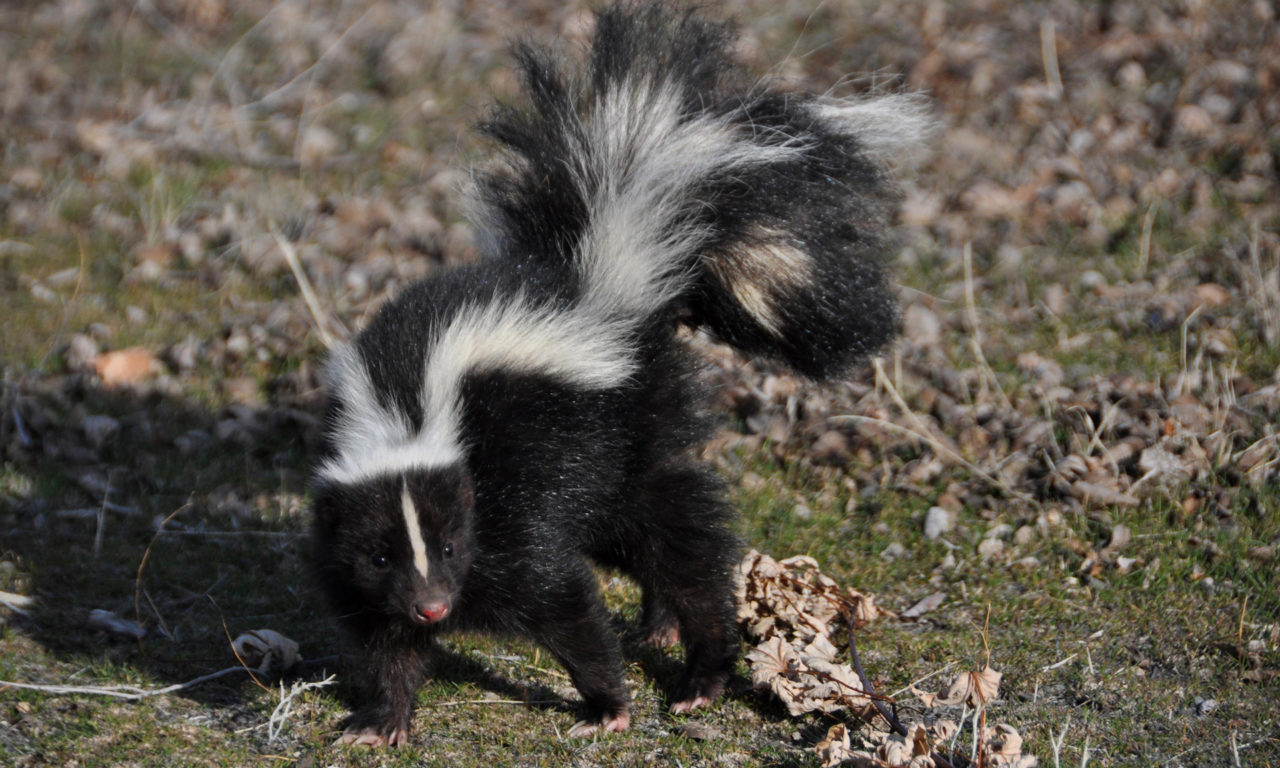 A new world begins after we leave our parks before dusk. (Boulder County Parks & Open Space parks are closed sunset to sunrise). The night shift takes over. A wild party? No! The animals are merely doing what nocturnal animals do. Some hunt for prey. Others forage for food in the dark when they’re less visible to predators. Many seek mates, maintain their homes, or simply move undetected from point A to point B.

We are not in this loop. Most humans are diurnal (daytime) mammals. If we venture out at night, we might glimpse the alt-world of nocturnal creatures going about their business of survival. More likely, if we visit parks by day, we might see strands of fur caught on a fence or thicket, meal leftovers, footprints in the pond-side mud, maybe an owl feather or a faint whiff of skunk—clues of night life.

New camera technology enables us to monitor nighttime activity unobtrusively, and night cams continually expand knowledge of species and their patterns. By day, most wild mammals avoid us in our city parks, urban centers, and hiking trails. By night, they readily amble along people-trails that they’d normally avoid or venture into dimly lit human habitats, such as alleys or suburban gardens.

Animals who use “our” wild areas after we leave may be crepuscular (active at dusk), entirely nocturnal, daybreak early birds (or beasts), or a mix. Their lifestyles may subtly change to suit real-time conditions; it’s about survival. Recent research shows several daytime animals are being forced into night mode from fear of humans. Among them are deer and coyotes. Other animals may be active by day in rural landscapes but change their timing in dense human settings.

Who are these animals who roam while we sleep?

Owls may prowl, gliding over meadows, woods, and wetlands on softly fringed, silent wings, listening for rustles of small, tasty mice in the leaf litter. Great-horned owl males and females, our most common species, may duet with mournful vocalizations, “Who cooks for you.” By day they roost (rest) safely, hard to spot with their superb camouflage.

Bats in Boulder County are insect eaters. In summer months they begin their nightly forays at ponds, grabbing a fly-by drink. They eat next, pursuing moths, mosquitos, and other insects. They are swift and adept, with highly effective echolocating abilities that allow them to pinpoint and snatch prey in midair. The echolocation sounds are higher pitched than most adult humans can hear. (Kids may hear them.)

Moths are prized food items for these aerial mammals. The bats feast on plump moth bodies and discard scaly wings. Look for a scattering of these wings beneath an eating roost. Some nocturnal moths evolved to counteract these bat attacks. They eavesdrop on bat sonar and drop to the ground when they hear it to avoid being dinner. Or they jam the bat sonar with their own emitted sounds. Dangerous or not, life in the dark gains moths safety from bird predation. And they’re free to feed on—and pollinate—many night-blooming plants.

Beavers, often active in evening and early morning in genuinely wild places, seem to be mostly nocturnal in our area. They fell trees for bark to eat and fix their lodges or bank dens when we’re not around. They leave tree-stump clues—and prove the need for netting around trees in county wetland areas.

Skunks advertise their presence and potential stink with their black and white warning colors that seem to glow in the dark. They eat insects, small rodents, worms, and turtle eggs. Look for cone-shaped (nose-shaped?) holes in the ground where they’ve been hunting.

These species are representatives of animals from the dark side. There are many more…