From the Archives: In the Words of Carolyn Holmberg 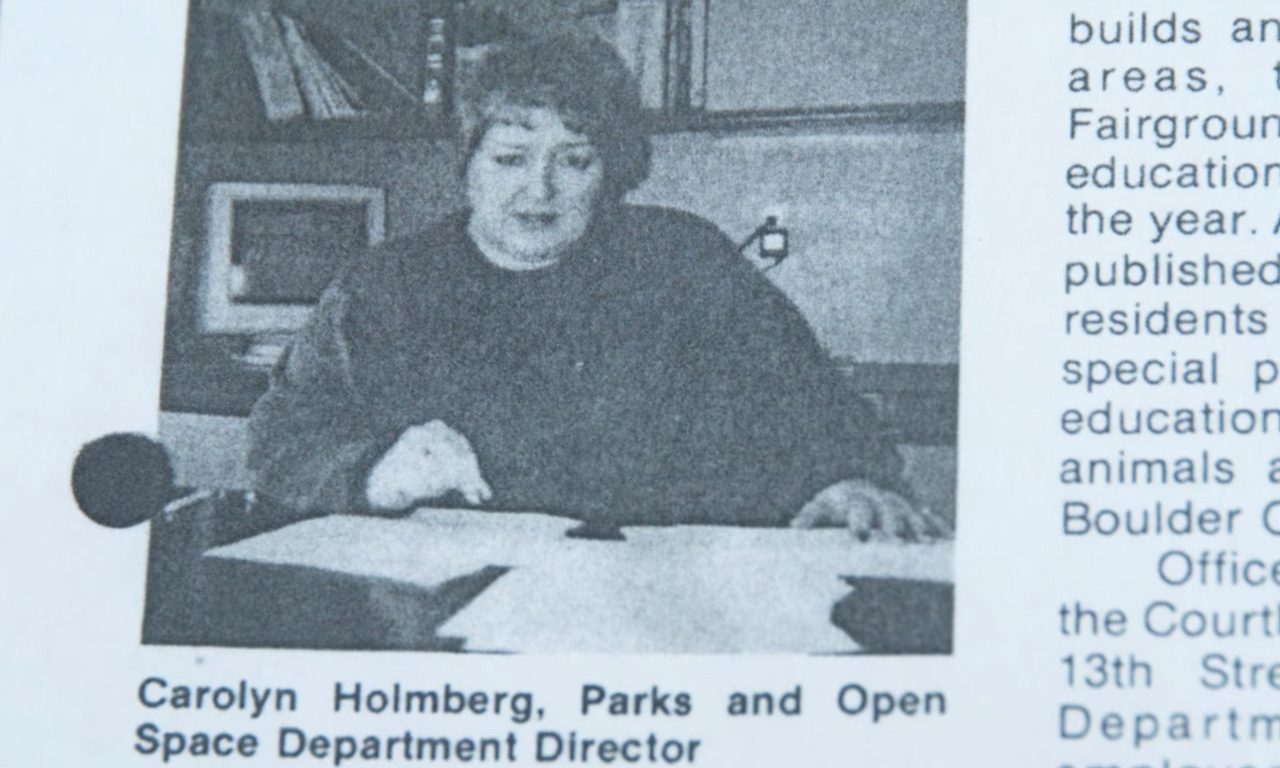 What is county open space? Why do we buy it? And what do we do with open space once we have it? Although the questions are asked less frequently than they were several years ago, a continuing dialogue between citizens and their government only makes the open space program more reflective of community values.

The Boulder County Comprehensive Plan defines open space as those lands intentionally left free from future development, and the lands which the citizens of Boulder County identified as most important for preservation are shown on the open space plan. Some are buffers between communities while others may have historical significance, a critical environmental resource, or perhaps be valued as natural landmark or for scenic quality. In all cases, the areas proposed as open space have been those which citizens believed to be worth saving for future generations.

When the county acquires open space, a decision must be made as to how the property will be used. In a few instances – Rock Creek Farm in southeast Boulder County and Hillside Estate in Niwot being the primary examples – the county has leased the land to a farmer. This, of course,necessitates limiting public access, but at the same time it reduces the county’s maintenance obligation and generates additional revenue from the lease payments. Most open space lands lend themselves to passive recreational use by the public. Walker Ranch and Betasso Preserve both have large shaded picnic areas and hiking trails.

South Boulder Creek, through Walker, is a popular area for hiking as well as fishing. Walden Ponds, reclaimed gravel pits on 75th Street south of Lookout Road, provides some of the best wildlife habitat in Boulder County. One pond is reserved especially for use by senior citizens and handicapped persons.

In some respects it can be said that preserving open space is a present-day investment in remnants of the past for present and future enjoyment. As urbanization spreads, the prime farmlands, historic ranches,quality fishing streams, critical wildlife habitats, and rural lands between communities become lost—consumed by development which provides both public benefits and public obligations to supply government services. The open space program does not halt urbanization; it does single out for preservation of those areas where urbanization would result in the greatest potential for irreparable damage to Boulder County’s quality of life. By protecting some of the values which currently comprise that quality of life, today’s citizens can assure that the county’s attractive residential environment will be maintained for the enjoyment of future generations.

Note: The preservation of Boulder County’s open space land began as part of the ethic of conservation that started in the 1970s and flourishes today. Watch the 15-minute video about the founders of the program.