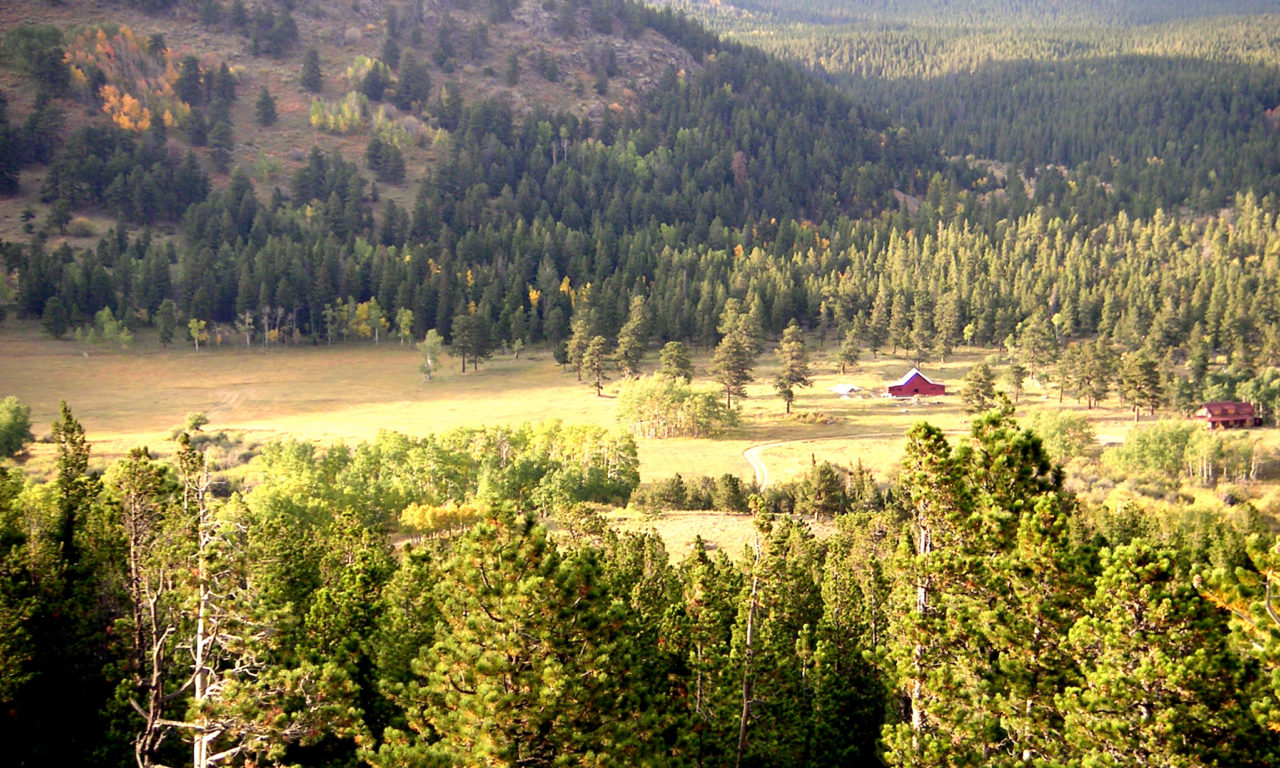 Carbon sequestration is simply the process of removing carbon dioxide, the primary greenhouse gas, from the atmosphere and locking it up so that it can’t affect the climate. Plants do this all the time; in the process of photosynthesis, they take in carbon dioxide, water, and light and use it to make sugars, which they join together as the building blocks of their cells. The carbon is locked up in the plant cells where it can’t affect the climate, and some of the oxygen it was attached to when it was floating around in the atmosphere goes free. Carbon dioxide can also be sequestered in soil by adding compost and encouraging soil organisms to grow, which similarly use carbon to build their cells. By sequestering carbon in plants and soil, we use the natural processes of the earth to reduce the amount of carbon dioxide in the atmosphere, helping reduce the effects of climate change.

Boulder County Parks & Open Space (BCPOS) is working on carbon sequestration on several fronts. Most visible to many county residents are the parks in the foothills and mountainous parts of the county, where open space protects the trees that sequester carbon in their trunks and branches, as well as the soils where additional carbon is sequestered by soil organisms.

Along with its wild spaces, BCPOS also preserves agricultural lands, where experimental farm plots are used to study which carbon sequestration practices work best for our area and how we can make it easier for farmers to adopt those practices. These plots are using a variety of carbon-sequestering practices, including applying compost, reducing tillage, and planting cover crops. Each of these strategies seeks to add carbon to the soil and disturb the soil as little as possible so that soil organisms will have an easier time sequestering more carbon. Farmers who submit a bid to lease an open space agricultural property also have an incentive to use these practices because the department takes sustainability practices into consideration when selecting a lessee.

How You Can Help

If you want to be part of the process of sequestering carbon, you can plant native and/or drought-tolerant plant species. Since much of Boulder County’s residential areas were originally prairies, consider planting native grasses with extensive root systems, which sequester more carbon than more shallow-rooted turf grass. In addition, reducing the amount of land covered in turf grass, applying less synthetic fertilizer, and using more compost will help reduce greenhouse gas emissions on your own property. If you don’t have your own property, consider encouraging your city, housing complex, or HOA to adopt some of these practices.