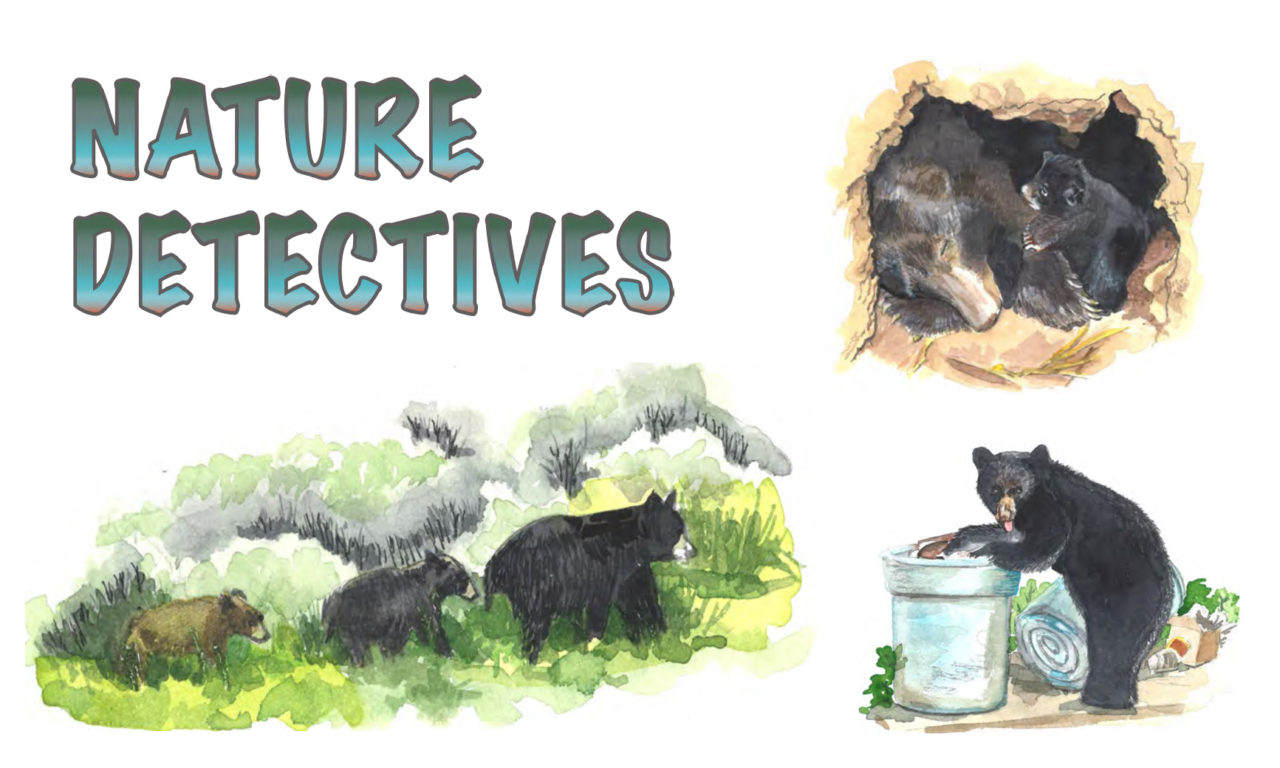 Cocoa and Ted Are Born in the Den 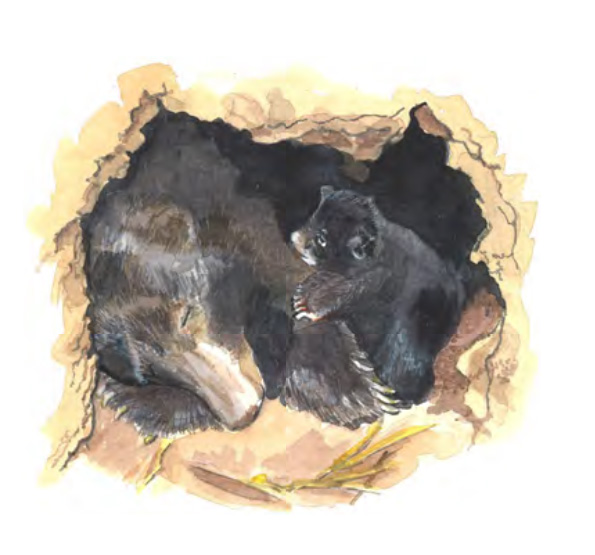 The two black bear cubs were born at the end of January during hibernation. Bear cubs are born amazingly small compared to the adult female bears they snuggle against. Ted and Cocoa each weighed about as much as an orange while their mom was close to 150 pounds. Like all newborn cubs, they had unopened eyes and no fur on their little bodies. Their first sensations were their mom’s soft fur, and the taste of her thick, warm milk as they nursed. Cocoa, Ted, and mama bear learned each other’s voice as they communicated in the darkness of the den in bear talk–grunts, whines, snorts, and rumbling hums. They also memorized each other’s individual smell.

The den was at a spot where an old aspen tree uprooted in a gusty wind years earlier. Mama bear had dug down to enlarge the hole where the roots pulled out of the ground as the tree toppled. The space inside was just big enough for mama bear to turn around. The bears’ body heat kept the cubs snug despite the winter weather outside.

Ted and Cocoa Play and Nap While Mama Bear Sleeps

Although mama bear was often deep asleep to save energy, she would rouse to take care of her cubs’ needs. Hibernating adult bears don’t eat, drink, urinate or defecate. Bear moms must lick their cubs to groom them and keep the den clean.

Ted and Cocoa soon grew furry and their eyes opened. After five weeks, they could walk. As they gained strength, they started to move around more and tussle with each other.

One early spring day, mama bear left her cubs alone to check out the area outside. Curious, the cubs ventured just beyond the entry, but their outing was brief as mama bear returned and shooed them back to safety.

A few days later, mama bear led her cubs from the winter den to begin learning all the things a black bear needs to know.

By then the cubs weighed almost eight pounds.