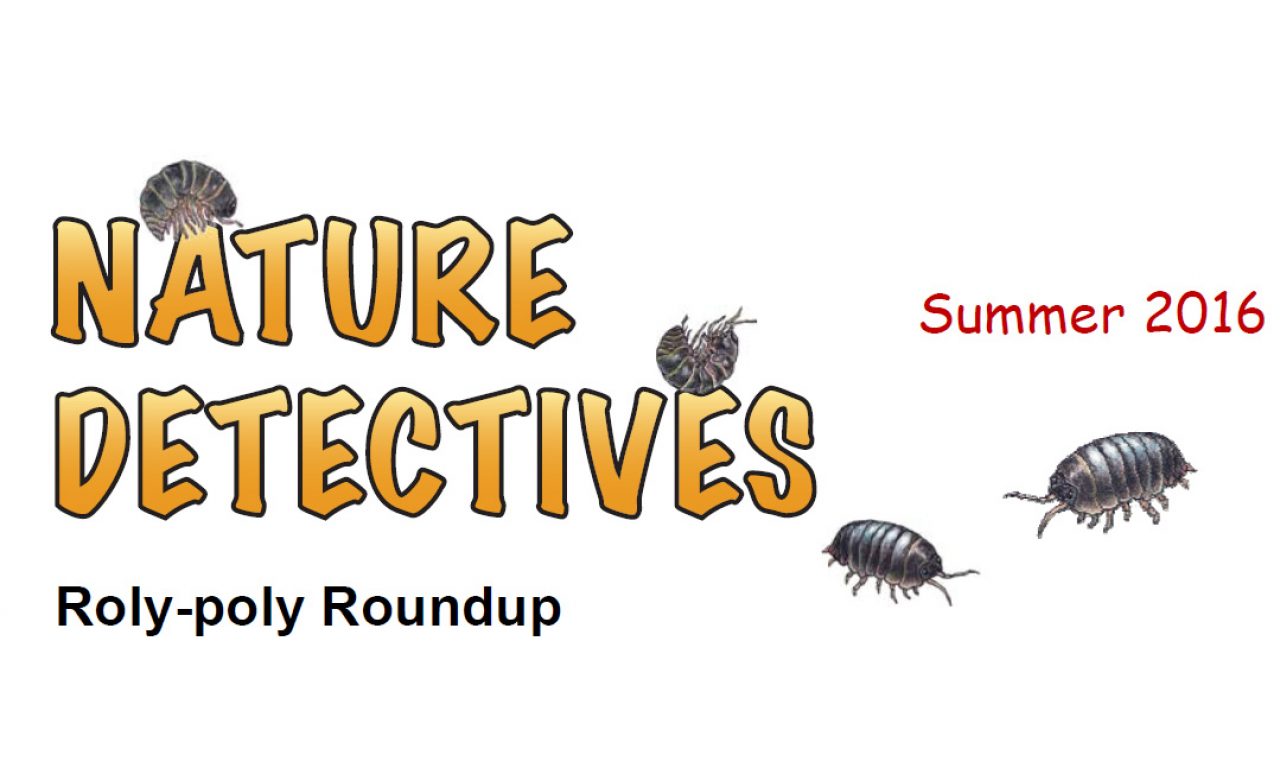 Wild critters tend to run, hop, slither or fly away before you can observe them up-close or for very long. Most are difficult or impossible for a kid to catch. Many could be dangerous if you do get near them.

Happily, roly-polies are not dangerous. They don’t bite, sting, poke or pinch, and instead of running away, they form an easy-to-pick-up, hard ball when you touch them. Roly-polies live interesting lives in yards and gardens near you. Gather up some raisin-size roly-polies and see what you can detect about them.

Hold one gently, and it might unroll and begin to walk on your hand. Study its legs and the overlapping plates on its back. The plates make up the roly-poly exoskeleton. The plates on their back are hardest and act like armor to protect their softer belly and legs from enemies.

A Roly-poly Is a Pill Bug – Not a Sow Bug

Another common name for roly-poly is pill bug because the rolled-up critter looks a bit like a pill. When you search for pill bugs, you might find crawlers that look very similar. If they run rather than roll up, they are sow bugs. Sow bugs are closely related to pill bugs, but they cannot roll up. Sow bugs have a flatter body than pill bugs, and they have two tiny appendages that stick out behind like short tails.

Pill Bugs and Sow Bugs Are Both Crustaceans 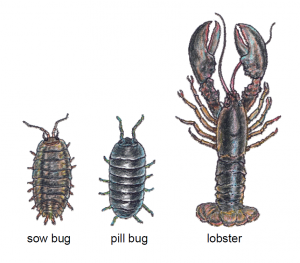 Have you eaten any crustaceans? Shrimp, lobsters and crabs are all crustaceans. Most crustaceans live in the ocean or very near it. Pill bugs and sow bugs live totally on land.

Compare a roly-poly (pill bug) with a picture of a lobster or a crayfish. (Northern crayfish are freshwater crustaceans living in our
area).

Do you see any similarities? What differences do you see?